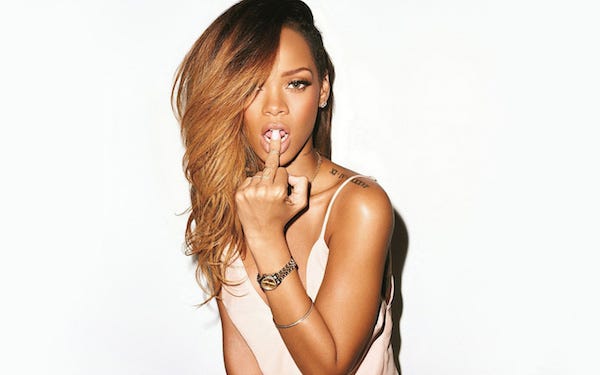 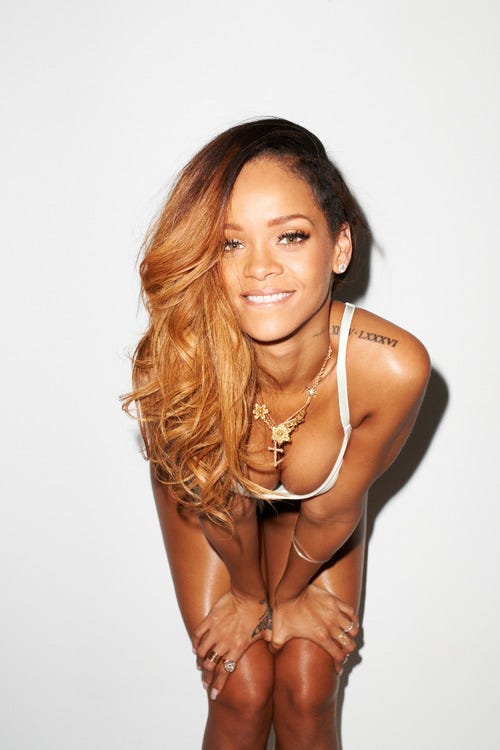 Variety- Rihanna and Anne Hathaway are in negotiation to join “Oceans Eight,” the female-driven reboot of “Oceans Eleven.” Sandra Bullock, Cate Blanchett, Helena Bonham Carter, and Mindy Kaling had been previously linked to the Warner Bros. project with Gary Ross on board to direct. Plot details are vague other than the film following a similar path from the George Clooney pic about group of thieves and con (women) led by Bullocks who embark on a plans to pull off a major heist. Steven Soderbergh and Ross will produce with Olivia Milch penning the script.

Tremendous move here out of Warner Bros. 2016 continues to be the year of rebooting shit by flipping it all on its head, but nobody had truly nailed it until now. A movie with the baddest bitch in the world being the leader of a band of thieves is going to do NUMBERS in the theaters. Girls will want to see it because they love Mindy Kaling more than anything in the world. And guys will go because they want to see if Rihanna breaks any dicks before, during, or after she breaks into vaults. I’m thinking the Shy Ronnie 2 video but sexier with much more skin.

As for the rest of the cast, I think there are some hits and misses there. For one, I despise Anne Hathaway and the thought of her potentially filling the Brad Pitt role makes me downright sad. But maybe she could be the female Terry Benedict. You don’t have to change the character’s name and I think both men and women already have a strong dislike for Anne Hathaway. I’m not sure how Sandra Bullock would be as a thief since I feel like she is always cast in a good girl role. But she did display a shit ton of sass in The Blind Side. And I will try to walk into the theater with an open mind for Helena Bonham Carter, even though she has starred in at least a few of those weirdo Tim Burton movies ended up ruining a childhood favorite of mine.

And I don’t want to hear any ‘Ocean’s Eleven’ purists give Warner Bros. shit for ruining the franchise. When you watch any of those movies, you feel like you are friends with that entire crew. But the franchise was forever tarnished the minute they started filming ‘Ocean’s Twelve’. One of the most disappointing feelings I’ve ever had leaving the theater*.

*Slightly behind the feeling I have every time I run out of popcorn and/or Cherry Coke.