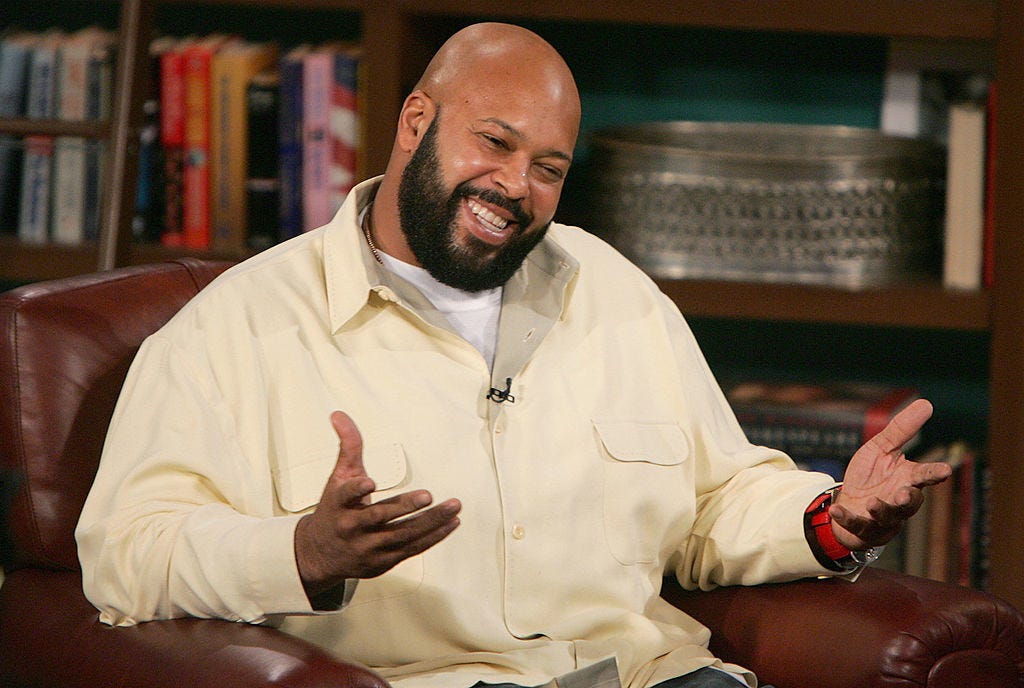 BET- During a new interview on the Murder Master Music Show, Eminem’s ex-bodyguard, Big Naz, revealed that there were several times throughout their time working together that he feared for both his life and Em’s, claiming that Suge was to blame for that uneasy feeling. “There was a situation at the Source Awards, which was our first encounter with Suge Knight and his henchmen,” Naz explains. “They had it to where the artists couldn’t sit with the bodyguards. I notice Em is in the aisle and he is beefing with all these guys in red shirts. This is what they said: ‘Death Row motherf***ers! Suge Knight sent us to strong arm Eminem and it’s going down!’ I had to snatch Em up and call Dre, because he was backstage.”

Suge Knight once tried to kill a rapper that was also putting a shitload of money in Dr. Dre’s pocket? To borrow a phrase, “Uhhhhhh, ya think?™”. There is no other reaction anyone in the world should have to this story other than utter belief. Suge Knight is the real life boogeyman that is way beyond the Tyson Zone. I will believe any story about him trying to murder somebody simply based on his rep alone. I am actually a little scared to blog about him now in case he ever gets out of jail or one of his friends takes something I blogged the wrong way. Losing Eminem during 2001 would have been just an Earth shattering turn of events for the white conglomerate. Sure the only great Eminem album we would have lost would have been The Eminem Show. But we all would have turned to people like Bubba Sparxxx to fill the void and we all know how that would’ve turned out.

And the mere thought of Suge being able to overshadow his classic 1995 Source Awards moment with this murder plot is crazy. Dude put gasoline on a hip hop feud fire to turn it into a war, and it would have only been his second biggest Source Awards moment.