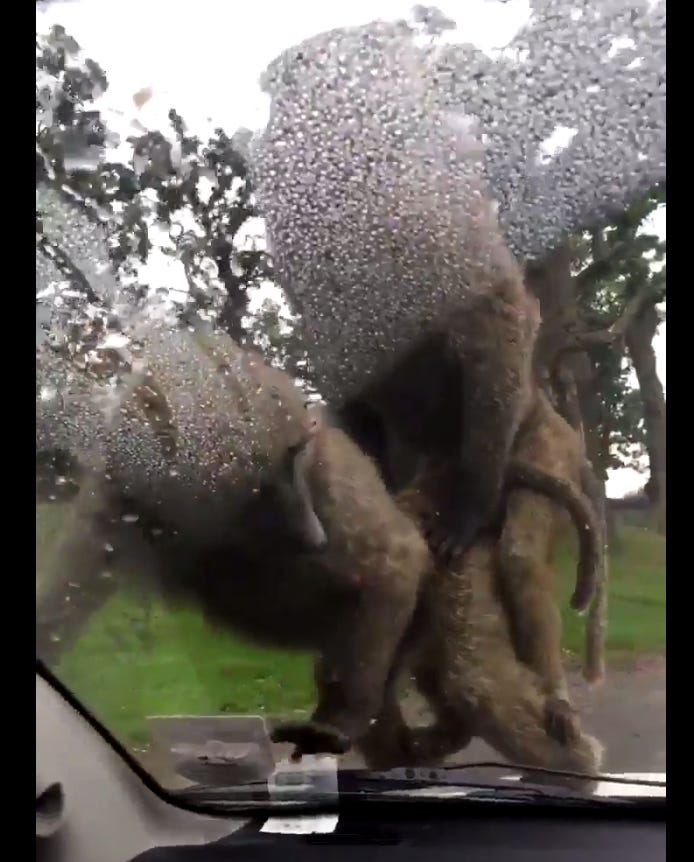 People lack any sort of common decency now. You think because you’re out on your little safari drive or whatever that monkeys are going to stop doing it? No. They aren’t. It’s what they do.

Instead of being polite citizens of the world by turning the music up a little bit, sitting back in their seats, looking at their phones and minding their own damn business, these people act like they are on the scene of a vicious crime. Uhhh it’s called sex and good-ass sex at that. Grow up.

Screaming like they’ve never seen or heard of a little doggie style action. My monkey man here was no rookie though. He was pressing on her back, looking off to the side a little bit and dropping in from high to low. I respect that.

If you are gonna take the family to the safari park, you gotta be willing to see monkeys or what have you trying to make a family of their own.

It’s why I get upset when people make their dogs stop humping at the dog park. Most of these dogs never get any interaction with other dogs. They finally see another dog and make a good, solid connection. Smelling a little butt never hurt anyone. The dogs decide to take things to the next level and the overbearing owners come in and stop everything. Most of these dogs are fixed. What’s the worst thing that’s gonna happen? Your dog is gonna feel happy but you cant even let them have that 5 minutes, can you? These monkeys were feeling the moment but the humans acted a fool. Let animals fuck in peace, people. Anything else is selfish.