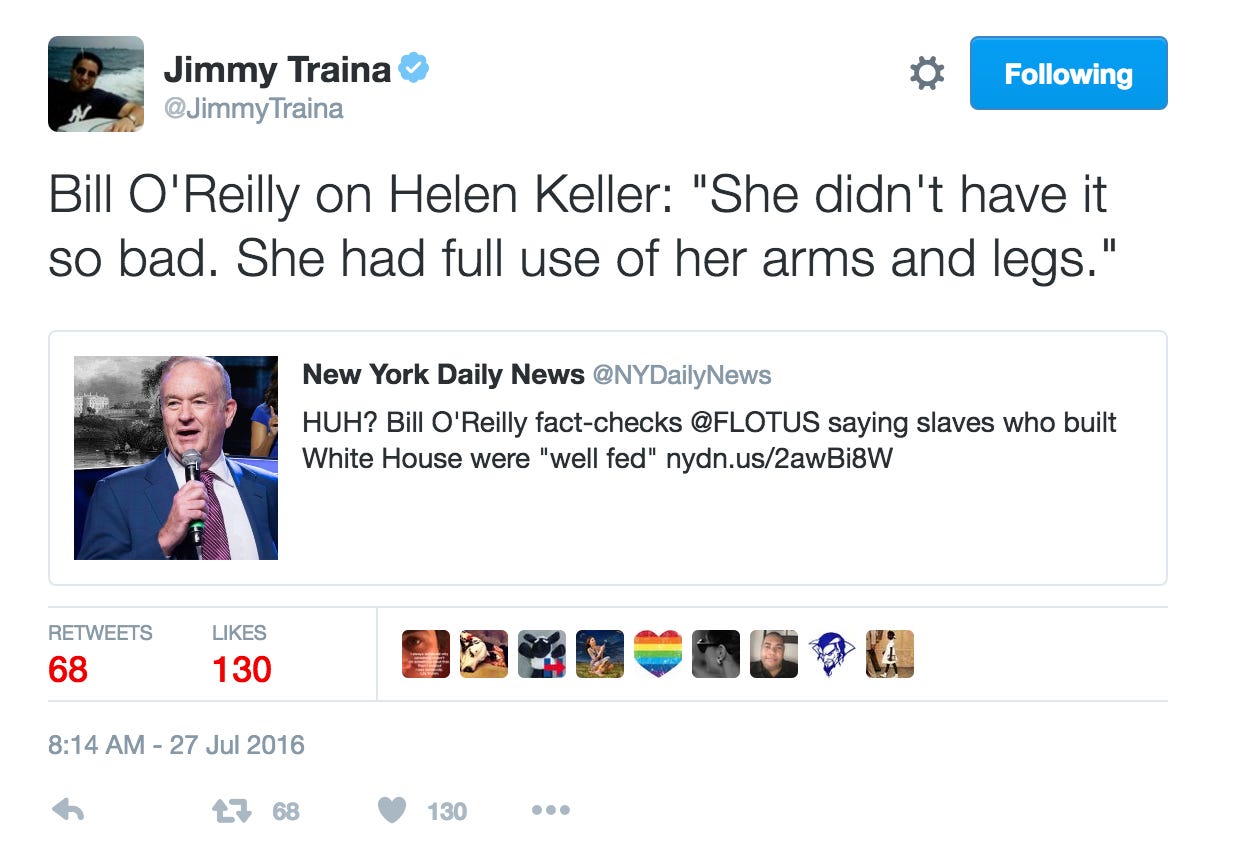 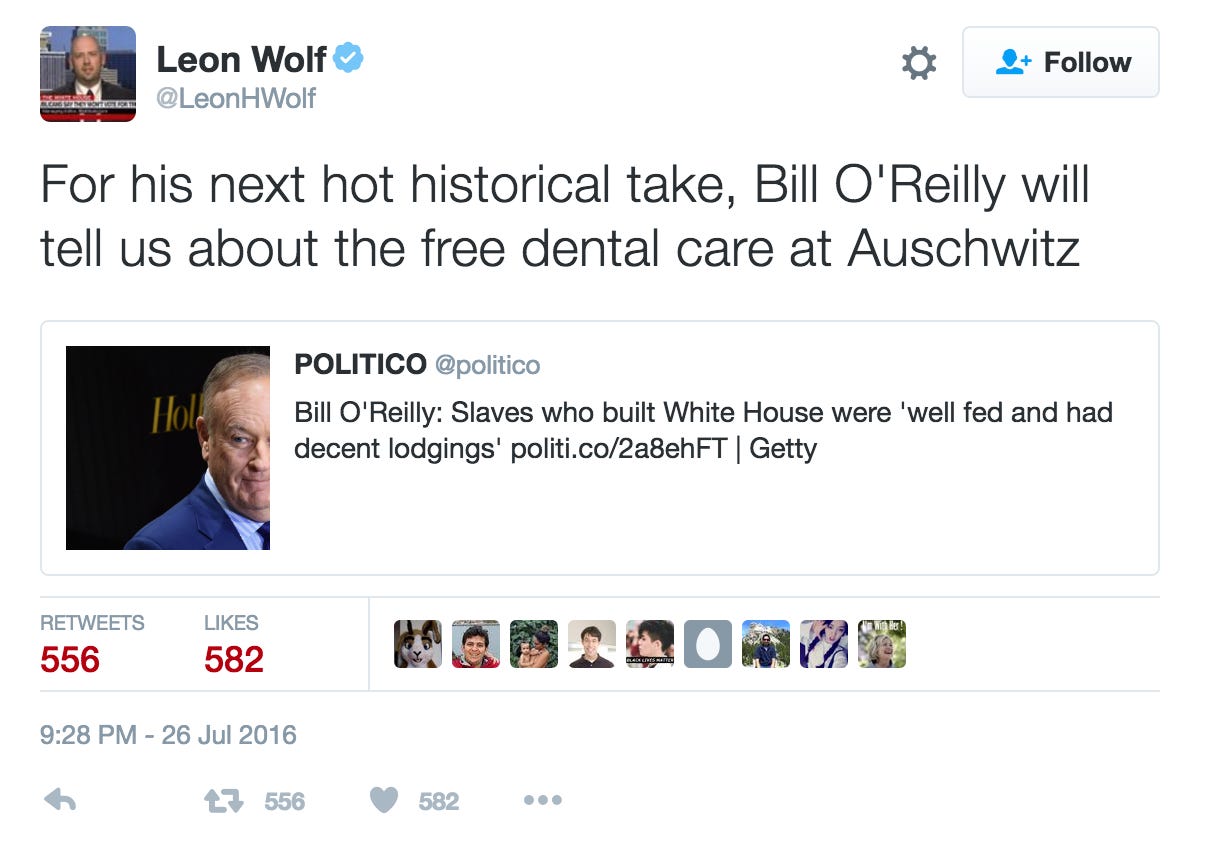 NYDN – Political TV host Bill O’Reilly defended the United States’ use of slave labor after Michelle Obama highlighted the fact that the White House “was built by slaves” during her DNC address. “The O’Reilly Factor” host, while fact-checking Obama’s remarks, said on his show Tuesday that the slaves who toiled from 1792 to 1800 to build the White House were “well-fed and had decent lodging.” O’Reilly added a caveat to his research when he noted that the federal government stopped its use of slave labor in 1802. By then, construction on the White House had finished.

Lets run through the pros and cons of being a slave building the White House according to Billy Boy:

I dont know about you but if I could live rent free and not have to pay for food I’d sign up for that in a fucking heartbeat. Like, ok, yea, slaves didnt get a paycheck. But all my money goes to food and housing anyway so if you eliminate those expenses then you eliminate the need for a paycheck at all. I mean I’m a married man with a kid so at the moment I dont have freedom at all either, AND I pay a boatload for our apartment and food. So I’m missing out on both fronts. Just doesnt seem all that bad, man. Quit complaining, slaves. Try walking a mile in the shoes of a white, married man from the upper middle class and then you’ll really understand what its like to be shackled and oppressed.

PS – In all seriousness these comments werent nearly as bad as they seemed in print. I mean I’m sure Bill’s racist ass was definitely thinking “These crybaby slaves. They had food and housing. It really wasnt THAT bad,” BUT, thats not what he said. They were just a couple of details as he explained the historical context of slaves at the time. I’m not necessarily defending him either. I’m just saying when I read the comments I got excited for some super fire flamey hot takes on slavery, and then when I actually saw the video of the comments I was very disappointed. Way softer, way less ridiculous.