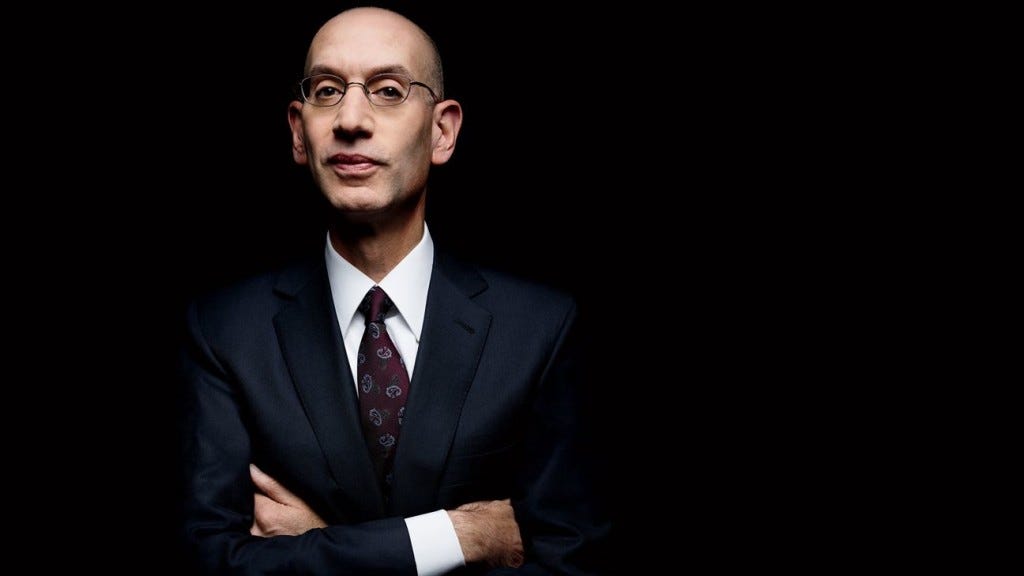 (Vertical) – Without any movement by state legislators in North Carolina to change newly enacted laws targeted at the LGBT community, the NBA is pulling the 2017 All-Star Game out of Charlotte, league sources told The Vertical.

The NBA is focused on the New Orleans’ Smoothie King Center as the host for All-Star Weekend and the All-Star Game on Feb. 19, league sources told The Vertical.

For now, there are still other cities trying to lure the All-Star Game, sources said.

A formal announcement on the NBA’s withdrawal out of Charlotte is expected as soon as this week, league sources said Thursday.

Big news today from the NBA and kudos to Adam Silver. The 2017 All Star Game had been a hot topic since those assholes in NC are so bent out of shape on where people go to pee and poop. As maybe the most progressive professional sports league on the planet, I’m glad to see the NBA respond by pulling their game and potentialy moving it to New Orleans. Often times pundits will criticize Silver for being a dead commissioner (Kornheiser) but I think given how life is in 2016, it was nice to see Silver back up his threat of pulling the game. Decisions like this are really important from a social standpoint, but I won’t sit here and argue politics, that’s Riggs’ job, so let’s take a look at what this means for the league.

First, CHA losing this game is sort of a hit for MJ and his hometown team. Anytime a city gets an All Star game there’s a buzz around the arena and city. I remember when I was in college and PHX had the All Star game it did wonders. The bars were packed, restaurants had lines out the door, and the strip clubs never saw such success. I can understand why MJ might be pissed because this was an opportunity to put his city and franchise on the radar in an attempt to show it can be a desired destination. Not to mention all the merchandise money the Hornets are probably losing out on.

Moving to New Orleans is interesting in its own right. The city last hosted the game in 2014 (after being awarded the game following Benson’s purchase in 2012), and this now marks the third time since 2008. Has any other city hosted this many times so quickly? More importantly, this makes me wonder if they selected this city amongst all the pressure and rumors for Benson to sell. I think it’s great that NO will get the sudden influx of cash that All Star Games always bring, but maybe there’s more to it.

Also, Dave if you’re reading this (ha!) I am more than willing to head down there and cover this for the good of #content