Ummm hey Turkey, if we wanted to coup your ass we would’ve couped your ass. You really think we’d be foolish enough to stage a failed military coup? Us? The United States? Could you imagine us ever failing at something like that? 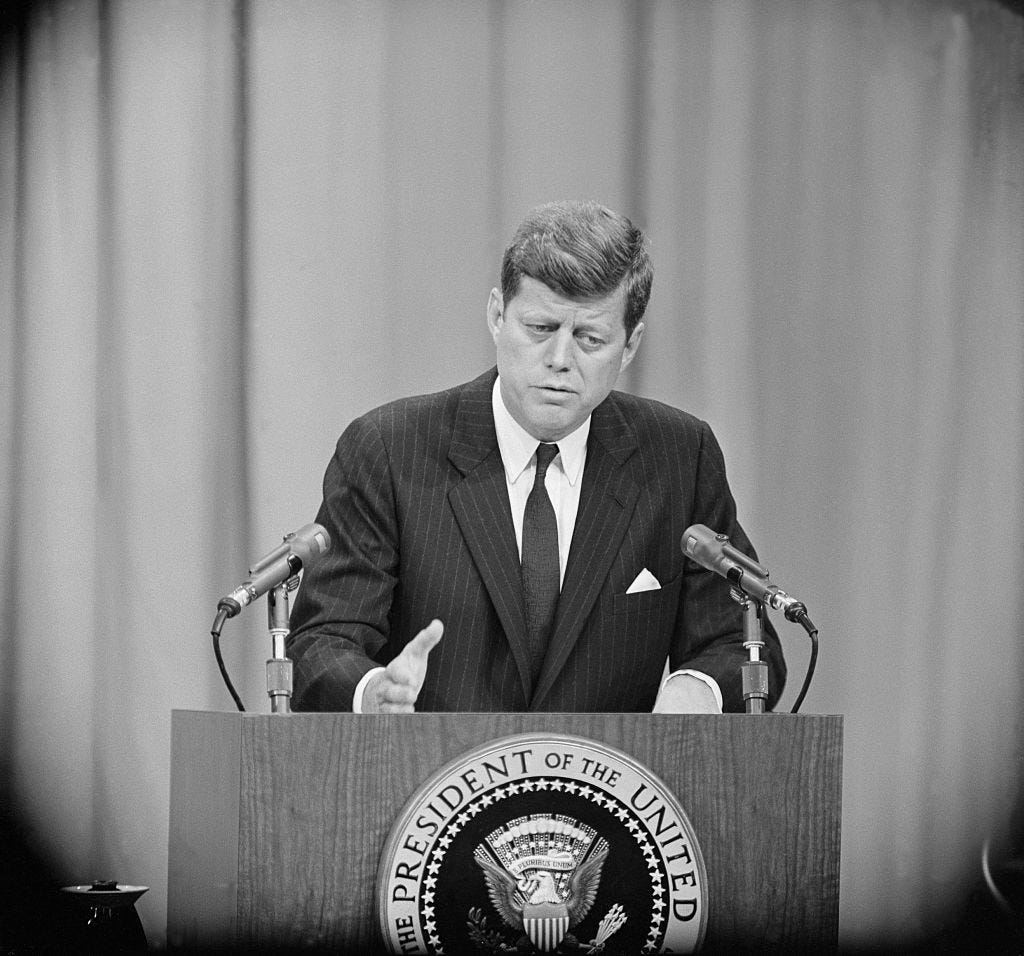 So this went down Friday and had everyone freaking out. My mentions lit with “OMG tanks occupying Istanbul Riggs you gotta get on this.” My reaction was simple: Patience, poise, Bud Lights. It was Friday night, after all.

Was thinking about blogging Turkey's coup but I don't blog 1 hour coups. Need at least 24 hours to get on my radar. 48 locks it up.

Sure enough, the coup was a joke. It was like less than a day. All talk. Bells and whistles, no substance. Like a guy who rips the ball 350-yards but hasn’t made a putt since Bieber dressed like a guy. Sure, tanks in the streets was quite the sensation. The imagery was spectacular. 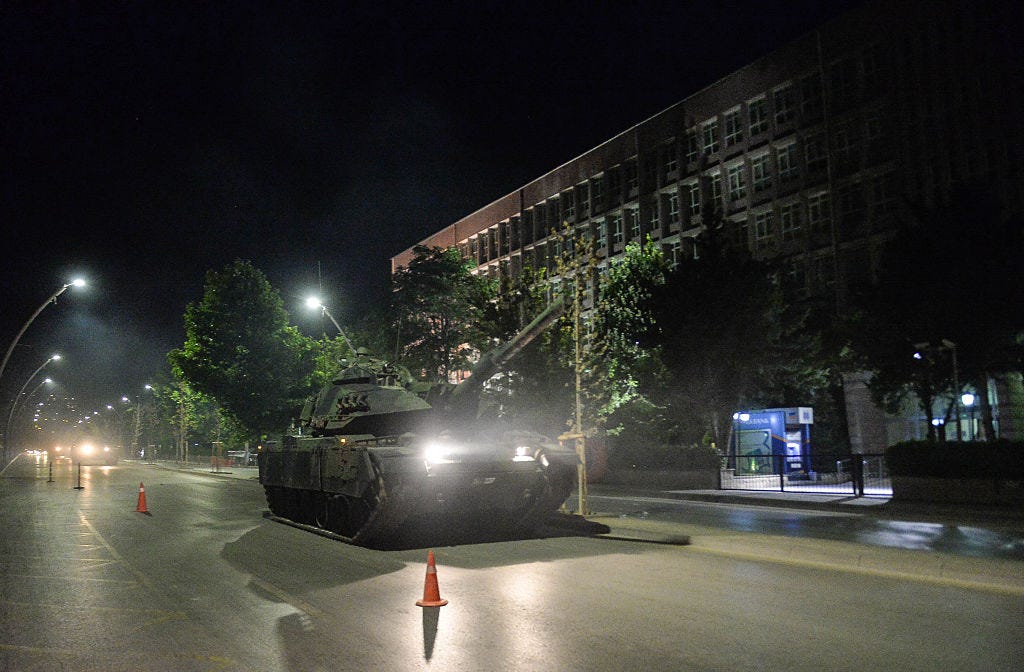 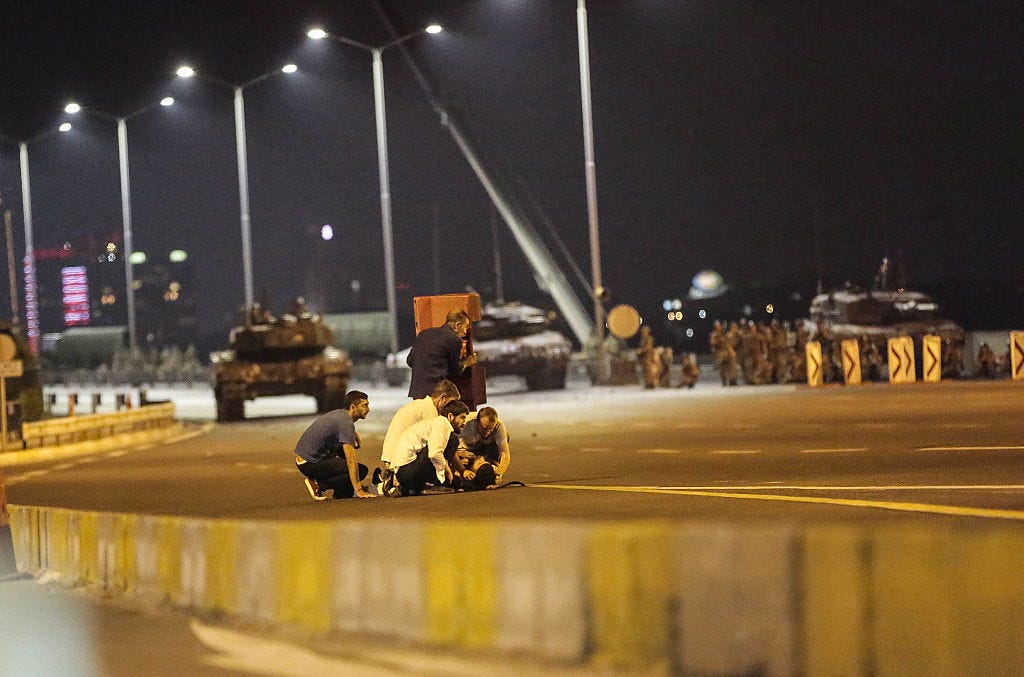 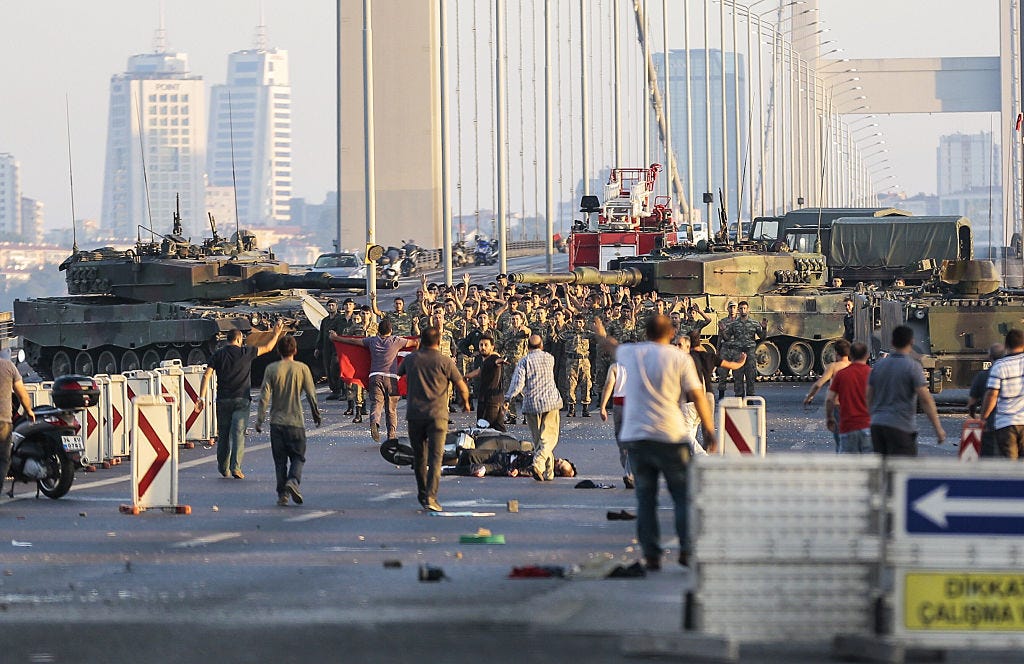 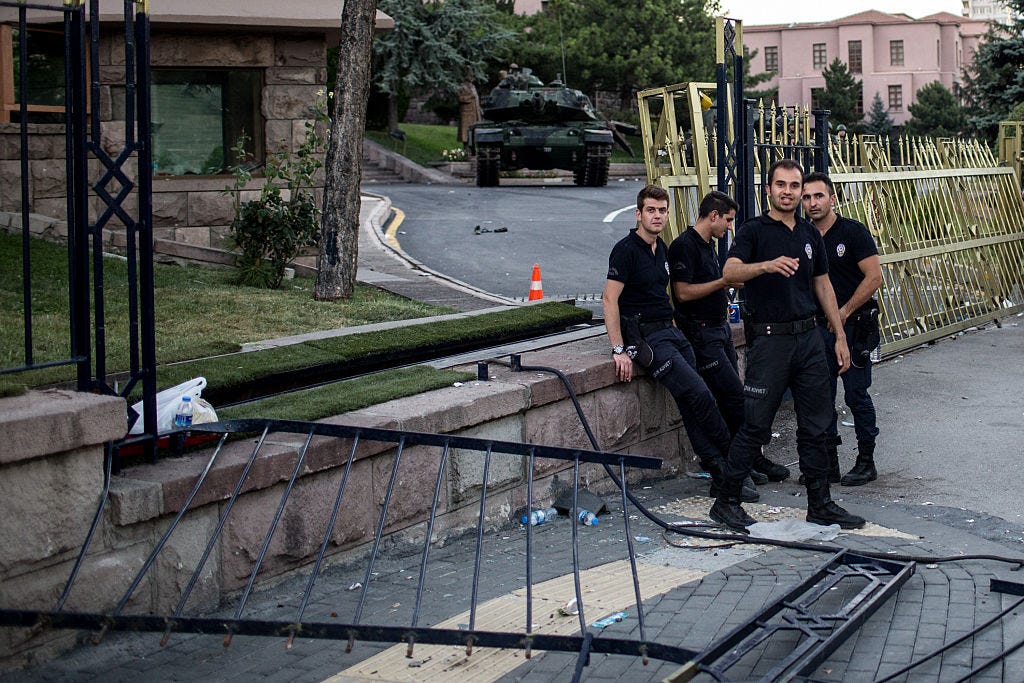 But the coup failed. The government crushed its hopes and dreams. At least 90 people were killed. Many more injured. Hundreds arrested in a “purge” and nearly 8,000 police suspended under suspicion of involvement.

BBC — Turkish officials say that nearly 8,000 police officers have been suspended on suspicion of having links to the coup attempt at the weekend.

Some 6,000 members of the judiciary and military, including generals, have been detained.

President Recep Tayyip Erdogan vowed to purge state bodies of the “virus” that had caused the revolt.

And now the Turkish government is doing what any government looking to galvanize mass support during vulnerable times would do — blaming the USA.

That’s fine. We’re head honcho. We’re the big dog. We’re in everybody’s kitchen. If any country fights off a military coup and doesn’t suspect us I’m embarrassed. Pissed. Upset with our leadership. Hey Turkey, your girl’s alone at the bar and you’re a nervous wreck cuz you know we’re there. Love that. Always a threat. Tentacles everywhere. If a key global player suffers a militaristic overthrow attempt and doesn’t suspect you are you even a global superpower?