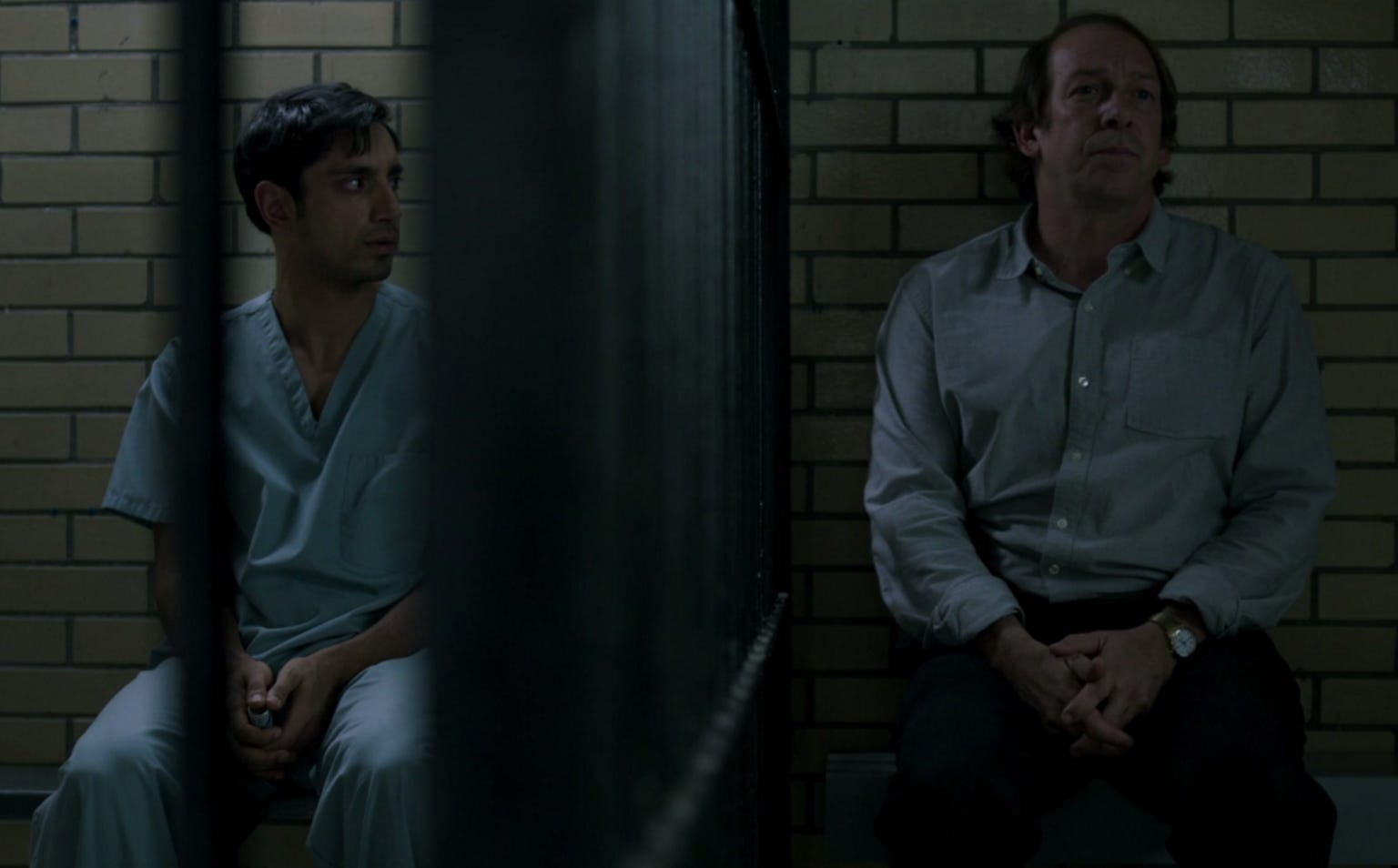 In a miniseries with only eight episodes, Episode Two is something of a make or break for the show: The audience will get a better idea of what to expect moving forward, what the tone of the show is going to be, and if that’s something they want to invest in six Sunday nights of their life. I really liked The Night Of last night and in many ways found it more enjoyable than Episode One, and not just cause it didn’t quite want to make me chug Xanax and squeeze stress balls into dust this time around. But I expect The Night Of lost some people last night who were expecting the show to be something different.

The Night Of isn’t doing to be a whodunit mystery, but an exploration of the realities, processes and effects of the legal system. It’s going to be a lot more “The Wire” than an Agatha Christie book. We didn’t come any closer to finding out who stabbed Andrea last night, which makes me believe to focus primarily on who actually committed the murder is almost missing the point. Johnny (the lawyer) doesn’t really care who killed Andrea, he just cares about making sure Naz doesn’t spend the rest of his life in prison. And maybe it’s possible we shouldn’t either. So if The Night Of isn’t going to be a mind-bending mystery, well then, what is it? It’s going to be a devastating critique of the United States criminal justice system. Already you had Dennis (the detective) call that system “a big club” that cops, lawyers and judges are all in on together, knowing they depend on one another for each other’s survival. But just beyond the existence or structure of the justice system, The Night Of will examine what that system does to people: How we looked upwards at the judge during the sentencing hearing to make him look like God, how when Andrea’s stepdad was being informed about what was going to happen to his daughter’s body, the camera focused on the speaker embedded in the bulletproof glass instead of the officer talking behind it, the relative indifference of the police when dealing with families of people they are holding going through the worst days of their life (can you blame them? They see it every day).

All of this shows how dehumanizing and at times downright bizarre the system of arrest and incarceration can be. The Night Of isn’t a show about what happened before or during the murder, but what follows after it. Hell, by the looks of it, the two main characters moving forward aren’t even going to be the two people we spent most of Episode One following, but instead the lawyer and the detective. The relationship of those two is in itself a commentary of the system they’re in: Neither of them are bad people, even Johnny admits that even if he thinks Dennis a “talented oppressor.” But Dennis is going to push the law as far as he can take it and a mass manipulator, in the mental, emotional, and Machiavellian sense, to get exactly what he wants out of a situation and put others in a place where they can compromise themselves. And Johnny doesn’t give a shit about the truth or whether or not Naz committed a murder, which is to essential say he doesn’t really care about truth or if a dead young girl gets justice. So while you can’t call them bad people, neither of them are angels either. They’re just people. And how two men can be on opposite sides of things without one deserving sainthood and one deserving to burn in hell is the exact type of moral ambiguity and grayness that HBO shows have typically excelled at exploring.

The perfect encapsulation of what The Night Of is going to be was the final driving scene that flipped between Naz in a transport wagon bumping gangster rap and Dennis driving in his sedan listening to classical. Dennis is a master at what he does, a detective maestro whose intelligence and savvy is a sharp contrast from the gritty reality of what he’s actually doing. Deep down, I don’t think Dennis thinks Naz committed the murder. And deep down, I don’t think he really cares. His job is to send someone to jail when he sees a dead body, the evidence points towards one person, and he is going to do is job.

So yeah, if you tuned into The Night Of to try to throw around conspiracy theories, watch actors with movie star looks make snappy, witty lines and feel terrific that justice is always served, I think this might be the wrong show. The Night Of isn’t about a Hollywood version of Serial. It’s about an imperfect system with very permanent consequences, and the balding, tired men with car payments and their own faults, strengths, limitations and heroisms trying to make the best of it. The system might be one big club, and some might call getting a peep into that club to be relatively mundane, but I think it’s going to be fascinating.