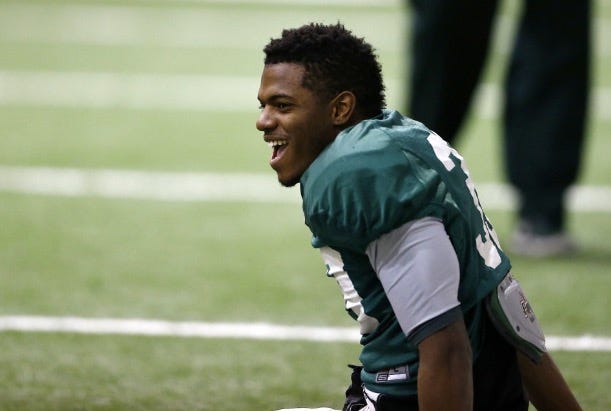 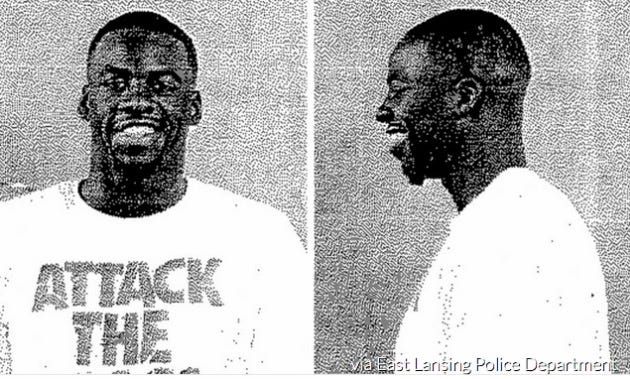 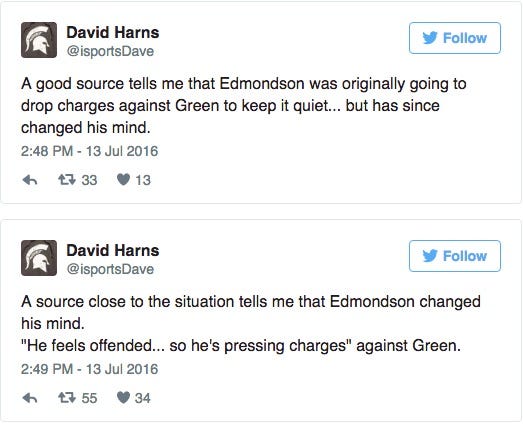 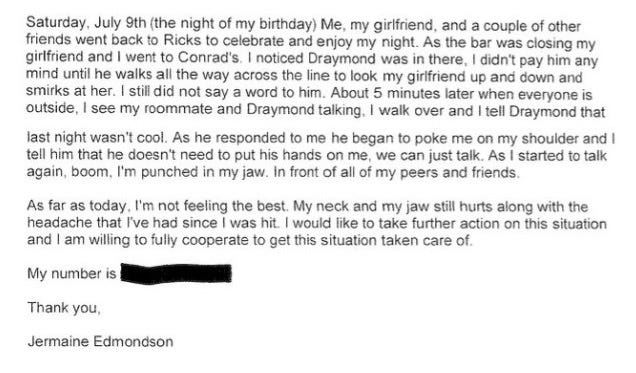 MLive – The law office of Corey Minor Smith, a Canton, Ohio-based attorney, released a statement on Wednesday afternoon on behalf of “the victim of Draymond Green’s recent assault.”

According to police reports obtained Wednesday, Michigan State senior football player Jermaine Edmondson, a Canton native, is the alleged victim in Green’s arrest for assault on Sunday in East Lansing.

The attorney claims Green “punched and assaulted” Edmondson and that the incident has “forever altered” the 22-year-old’s life.

“My client is a student-athlete who was punched and assaulted by Mr. Green in an unprovoked, unnecessary attack. His life has been forever altered by the events of that weekend. As the authorities continue investigating and interviewing all witnesses, we will have no further public comment until that process is completed.”

Ok Jermaine you can tone it down a little bit dude. I mean if even half he says is true, Draymond is a pretty huge dickhead – but then again, we already knew that. When you punch so many guys in the penis so many times that the league has to step in and suspend you in the Finals, it’s pretty clear you’re an asshole. I really have no reason not to believe allegations that Draymond was staring girlfriends up and down picking random fights with MSU athletes telling them he pays their scholarships. Just seems like a totally realistic Draymond scenario.

But being “forever altered by the events”? It was a bar fight dude. You have a headache and your jaw is sore. What happens when you step up and put a hit on a 220 pound running back, do you just disintegrate?

Really playing it up too…

Cornerback Jermaine Edmondson, who allegedly was punched in the face by Golden State Warriors star forward Draymond Green over the weekend, has been granted his release from the Michigan State football team.

Spartans coach Mark Dantonio made the announcement on Wednesday night but did not mention the alleged altercation — which was detailed in a police report obtained by ESPN earlier in the day — as the reason why the senior was leaving. [ESPN]

Guess you can’t hate on the dedication to getting the biggest chunk of that Draymond new-NBA money possible. Play that lawyer game playa.