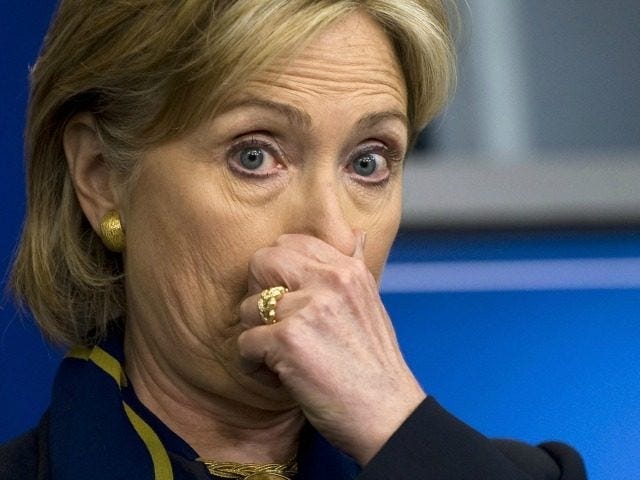 The Hill – Bernie Sanders‘s endorsement of Hillary Clinton on Tuesday isn’t stopping his supporters’ plans to hold a “fart-in” at the Democratic National Convention (DNC) later this month. The unusual political strategy will have Sanders delegates consuming a lot of beans before heading to Philadelphia later this month,according to US News and World Report.

Protest organizer Cheri Honkala, national coordinator for the Poor People’s Economic Human Rights Campaign, has been stocking up on boxes of dry beans and canned beans. The plan is for delegates to chow down, then let presumptive Democratic nominee Hillary Clinton smell what they think of her.

Huge, yuuuuuuuuge news coming from the Poor People’s Economic Human Rights Campaign. For those of you who live under Iraq, the Democratic National Convention will be coming to Philly in two weeks. It’s about to pop off. They’re calling it the biggest party of the summer. There are going to be so many delegates and super delegates walking through the streets of Philly that your head will spin. But after Bernie Sanders endorsed Hillary Clinton the other day, I thought the main event would be called off. The main event, of course, being the Fart In against Hillary organized by a bunch of poor people who supported Bernie. You know how that punk bitch Ghandi once said that you must be the change you want to see in the world? Well what better way to be that change than to eat a fuck ton of beans and fart all up in Hill-dawgs face (hope she doesn’t have a fart fetish or else this plan will backfire very quickly). But even with Bernie throwing Crooked Hillary that endorsement, the poor people are still going to be loading up on the beans and ripping cheeks like it’s going out of style.

Now I know what a lot of you assholes are probably thinking right now; “Why do they have to fart? The DNC is in Philadelphia and that place already smells like shit enough as is”. And to that, I just have to say fuck you because words hurt. But self awareness is key and I’m willing to admit that maybe certain pockets of the city have a bit of an odor problem. With that being said, farts are funny. They always have been and they always will be. You want to unite this crazy world we live in? Throw everybody into a quiet room and have somebody let one loose. I don’t care if you’re the Pope or if you’re ISIS, you are going to laugh at a fart. And not only is it hilarious, but we have the opportunity here to make a change. People who are our parents’ age love to act like Millennials don’t care about shit. They say we only march to catch Pokemon but we won’t march for human and civil rights like they did back in the 60s. Well guess what, fuck faces? You ever stage a fart-in against segregation? Didn’t think so. This is how you protest. It’s not blocking highways. It’s not holding up signs and chanting nonsense like calling the commissioner of a football league Adolf Hitler. It’s getting a whole squad together, loading up on some refrieds and unleashing hell out of your asshole.

P.S. – I might have to make my way down there just to call “doorknob” on everybody and have free-reign to punch every person I see.