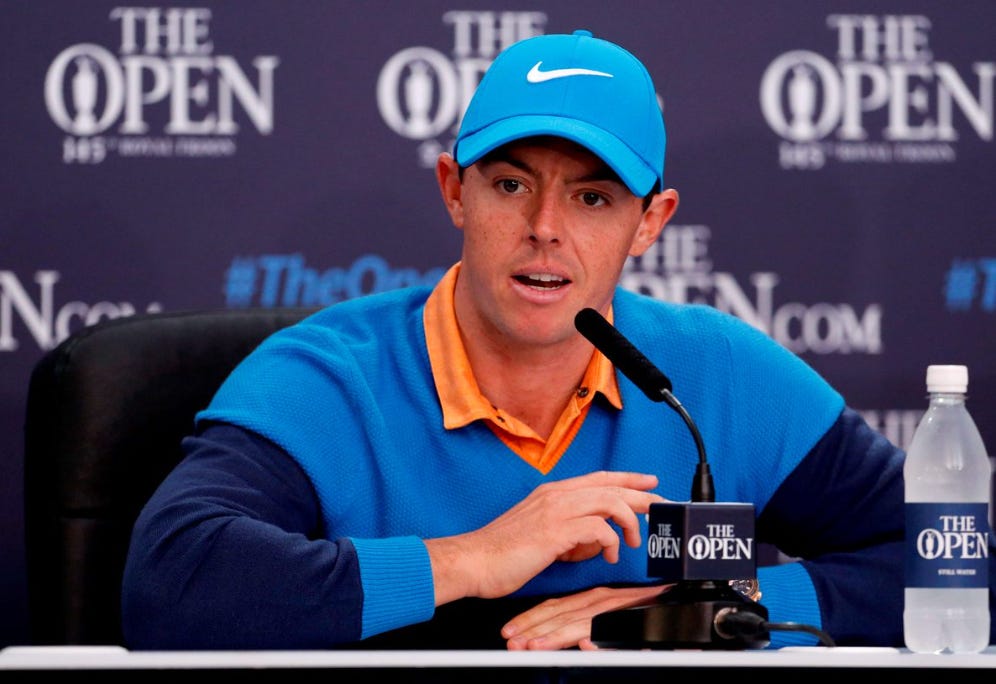 Independent- McIlroy is just one of many high-profile golfers to withdraw from the Rio Olympics – the first Games to feature golf since 1904. Jordan Spieth is the latest to pull out and he, like McIlroy and a host of others, cited the Zika virus as his reasoning for doing so. Critics feel that the top golfers never wanted to play in the Olympics in the first place and are simply using Zika fears as an excuse not to participate. And their views will be strengthened following McIlroy’s comments today. “I don’t feel like I’ve let the game down at all. I didn’t get into golf to try to grow the game, I tried to get into golf to win championships and win major championships,” said McIlroy ahead of the British Open. “I’m very happy with the decision I’ve made, I have no regrets about it. I’ll probably watch the Olympics, but I’m not sure golf will be one of the events I’ll watch. When quizzed on what events he would watch, McIlroy added: “I’ll watch track and field, swimming, diving – you know, ones that matter.”

You feel that? That’s a breath of fresh air courtesy of Rory McIlroy. Finally a golfer saying what I’ve been saying the whole time about the Olympics. That it’s not worth it for golfers to play in the Olympics. Mostly because it’s meaningless. There is zero motivation. There’s no history, the medal they’re playing for holds no value to golf in 2016 and there’s no real money to be made. That might not be what people want to hear but people often don’t want to hear the truth. Rory wants to win majors and championships on the PGA Tour because those victories mean something. Rory dropping truth bombs all over the place. These comments are especially honest cause he’s not specifically talking about Rio. Or at least it doesn’t seem that way. Zika or no Zika, Rory couldn’t give two shits about winning a gold medal and I would venture to guess 90% of other golfers feel the same way. Rory just had the balls to verbalize it.

Also, some fans always say things like, “Man I hate how pro athletes give nothing but canned answers to the media. Just once I wish they’d say something real in a press conference” but then they freak out and say Rory is disrespecting the game when he says something truthful. Fans can’t have it both ways. I’ve been a Rory guy since the early days and it’s for reasons like this. He’ll speak his mind at all times. He routinely holds some of the best press conferences in sports. Preach on, young fella.