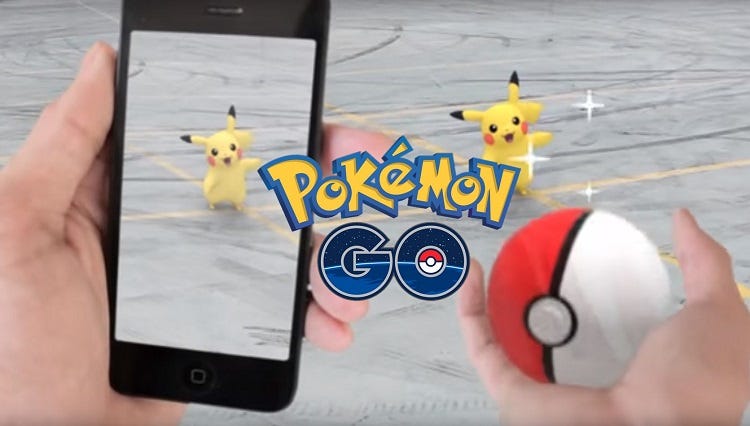 Quick Disclaimer: If you were born before the year 1990, you may just want to want to hit that little “x” at the top right corner of your screen.

Now that all those old assholes are out of the building, let’s talk about Pokemon Go for a second here. Because never in my 24 years of living have I felt more disrespected. In case you are somehow unaware, “Pokemon Go” was released for iPhone and Androids the other day. At first, it seemed like one of the most glorious occasions. The world has been going to absolute shit lately but for a brief moment, I was overcome with joy and happiness at the idea of Pokemon finally returning to our lives. But that joy was short lived. That happiness was quickly squandered the moment I downloaded the app and realized what a slap in the face it was to the original Poke Masters everywhere. If you grew up collecting the cards and playing Red/Blue/Yellow on GameBoy, well then I know that you share in my anger right now.

So here’s the thing. In order to play this game, you actually have to move around. Like you can’t sit on the toilet with your phone in your hand and run train through Viridian City. No no no no. The game uses Google Maps and you actually have to go out in the world and travel around to find these stupid fucking Pokemon. It’s horse shit. And it’s very inconvenient for anybody who has, oh you know, a job and is forced to stay in one location for the majority of the day. Listen up, mother fudgers. Being able to walk around the town catching Pokemon because you’re unemployed doesn’t make you a great Pokemon Master. You want to know what DOES make you a great Pokemon Master? Getting through Rock Tunnel without having a Pokemon to use “flash”. Unless you are physically walking through a tunnel that is pitch black while having Zubats and Geodudges coming at your neck every other step, then don’t even talk to me. Back in my day, being a man was about putting in all those hours in the beginning of the game getting attacked by wild Level 3 Rattatas and Pidgeys. Being a man was about being able to fuck up Team Rocket at any given moment because Team Rocket can suck a dick. And mostly, being a man was about disregarding the outside world and the rest of humanity because you’ve got a couch and you’ve got a GameBoy and that’s all you need in life. If you want me to actually walk around exploring the world while playing this game, you’ve got another thing coming.

The only good news about this game is that it will be good for content sooner than later. You know that in about a week or so we’ll hear about our first injury from somebody playing this game and accidentally waking directly into traffic because they had their eyes buried in their phone. You know that somebody is going to get into an accident because they were trying to catch a wild Machop while driving on the interstate.  And those stories will be good for clicks. But yeah, this game sucks nuts. And you don’t even get to fight the wild Pokemon before you catch them. You just have to be good at throwing PokeBalls. Because it’s 2016 and even Pokemon has gotten soft. Thanks, Obama.

P.s. – I was always a Squirtle guys growing up. I’d occasionally switch it up and go with Charmander because he was mega chill as well. But anybody who would ever pick Bulbasaur off the bat is a pussy and no friend of mine. Now click play and enjoy.