Warning: The video can be NSFW even though we’re only looking at Stretch Armstrong flesh here.

First off: Creepy soundtrack for this video. I felt like if they put some sort of whimsical Always Sunny tune in the background that it would have come across much less ghoulish. It also would have been helpful to ditch these entirely, particular with the creepy chicken scratch handwriting: 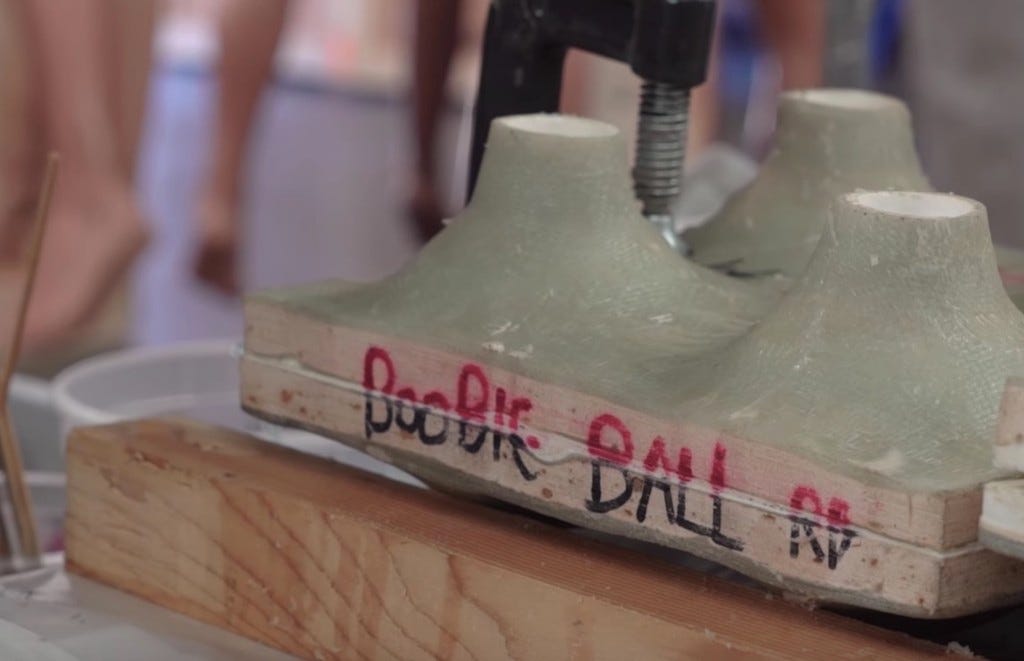 But overall I guess I was impressed by the attention to detail and craftsmanship they put into the average sex doll. I personally can’t imagine actually making sweet love to one by the fire because A) I’m unclear on these dolls’ flammability and B) It seems a little too uncanny of a valley with the lifeless eyes. Call me old fashioned but I’d rather browse the internet and masturbate into an old towel that’s become so stiffened with life giving goo that it might get up and walk away on its own some day. But that doesn’t mean I can’t appreciate the tender love and plastic care that’s gone into these ladies. If you’re a big sex doll buyer, you’ve got to feel like you’ve gotten your money’s worth seeing the process here. Leatherface-esque Boobie Balls and all.

Also more of a general question: Where would you store one of these? Would you give it its own room (super creepy) or keep it in the closet where it might be watching you jealously with other women only to spring to life and attack you (less creepy but very likely)? Probably the “give it its own room” situation. Especially since I bet these sex dolls are like Pringles for most guys in that sex doll world, can’t buy just one. Polyurethane vagina variety is the spice of life.