What Krit McClean was known for before today: 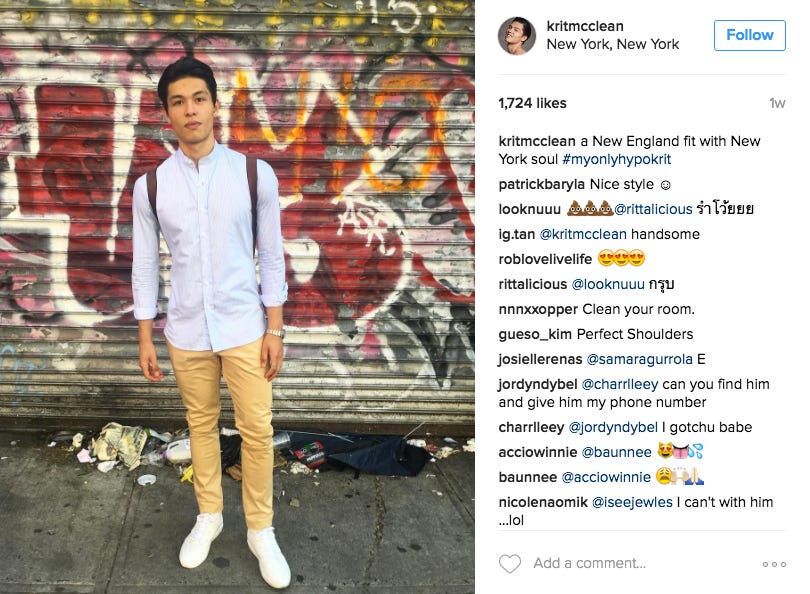 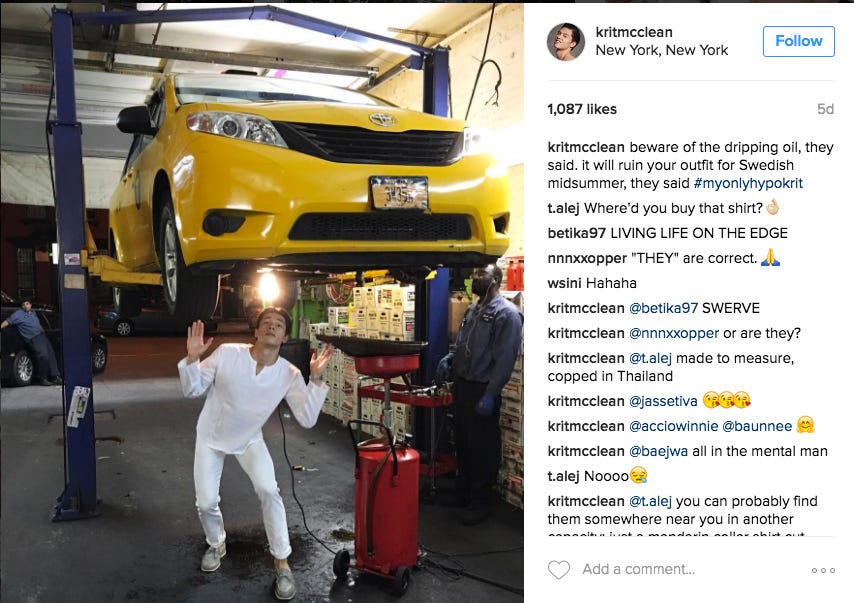 What Krit McClean is known for now: 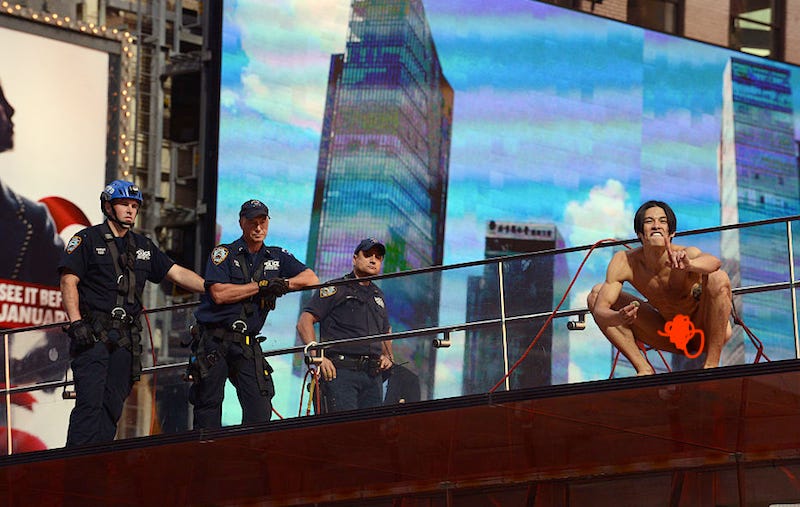 NYPost- He’s not just crazy – he’s crazy hot. The 21-year-old naked man who made a spectacle of himself Wednesday on the top of the iconic red staircase in Times Square before plunging to the ground has been identified as a runway fashion model. Super ripped Krit McClean of Manhattan bared it all and shouted out “Donald Trump, where are you?!” during the bizarre display that stopped morning rush-hour traffic and drew hundreds of bystanders as the scene unfolded just before 8 a.m. McClean was born in Bangkok and grew up in New York City, according to his personal website. He attended the elite Stuyvesant High School in Tribeca before moving on to Columbia University for his bachelor’s degree, his website says. “My style is inspired by experiences and interests including: sneakerhead culture, extensive travel through Asia, urban street-wear, art, hip-hop, and modeling,” his website says.

Now that this news has come out, I don’t know where we go from here. I can sleep easy at night knowing that there are crazy people in New York that are going to do weird shit. But once the male models start raise up in the city, God knows what can happen. Extremely fit, used to taking orders, and they don’t apparently don’t mind swinging their dicks around. Anyone involved in the fashion industry is weird as fuck, with the male models at the top of the weirdo food chain. Is Trump the Prime Minister of Malaysia? Is this the beginning of a male model army or just a lone wolf? And make no mistake about it, once this dude’s Instagram following blows up, there will be no shortage of male models pulling similar bullshit to get their name out there. The male model industry is a copycat league like the NFL. So best of luck to the residents of NYC. I am thrilled that I will not be forced to enter your city until September or whenever the new Barstool HQ is ready. Hopefully the male model revolution has been squashed by then.

P.S. “He’s not just crazy – he’s crazy hot” is just an A+ opener by the Post. The king stay the king, yo.
Follow @TheClemReport