When your husband Coach Taylor isn’t there to distract you from the awful realities of being the principal of a US school and you have to listen to them for five minutes straight: 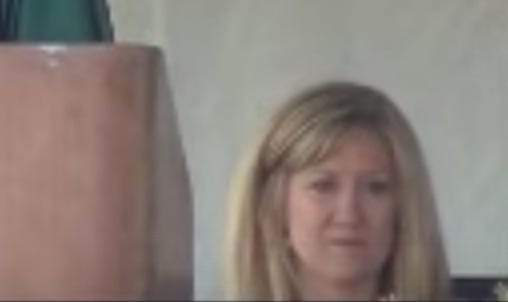 But overall what a speech by this kid. I mean he may be lacking just a bit in podium presence but that content of the speech is just about as real as it gets. He could have taken it a step beyond and mentioned how there’s that no matter what efforts any of them put in, there’s a decent chance half the kids there will be working at a Walmart and the other half will be awkwardly avoiding eye contact with them within the next ten years but it was probably a little more crowd pleasing to go with the humble route. I mean yes he missed out on helping edit the yearbook, playing on the football team, or chugging a beer and trying to finger bang some girl from homeroom and seems a little down on that now. But I’m going to say that tireless work ethic and obsessive attention to grades will pay way more dividends in the long run. A broken system, sure, but one that’s definitely going to be a-okay for him overall now that he’s aware of it.

Still though, the ballad of Asian kids in high school I feel like is one people often aren’t sympathetic enough for because they usually seem to succeed in the end. But I remember when I came back to NY from college at one point and the big news item of the day was how NYU had an issue with Asian kids killing themselves over school/GPA issues by throwing themselves off the roof of buildings to the point where they had to put up trapeze nets to keep them from injuring other people and property. Like can you imagine having that response to a B? I literally failed an anthropology class that was full of football players because I only showed up for the first day for the final and I’m pretty sure I never even mentioned it again besides when it occurred and now, that’s how little it reverberated in my life. That cultural pressure and self-pressure thing a lot of them have going is wild, can’t even imagine.