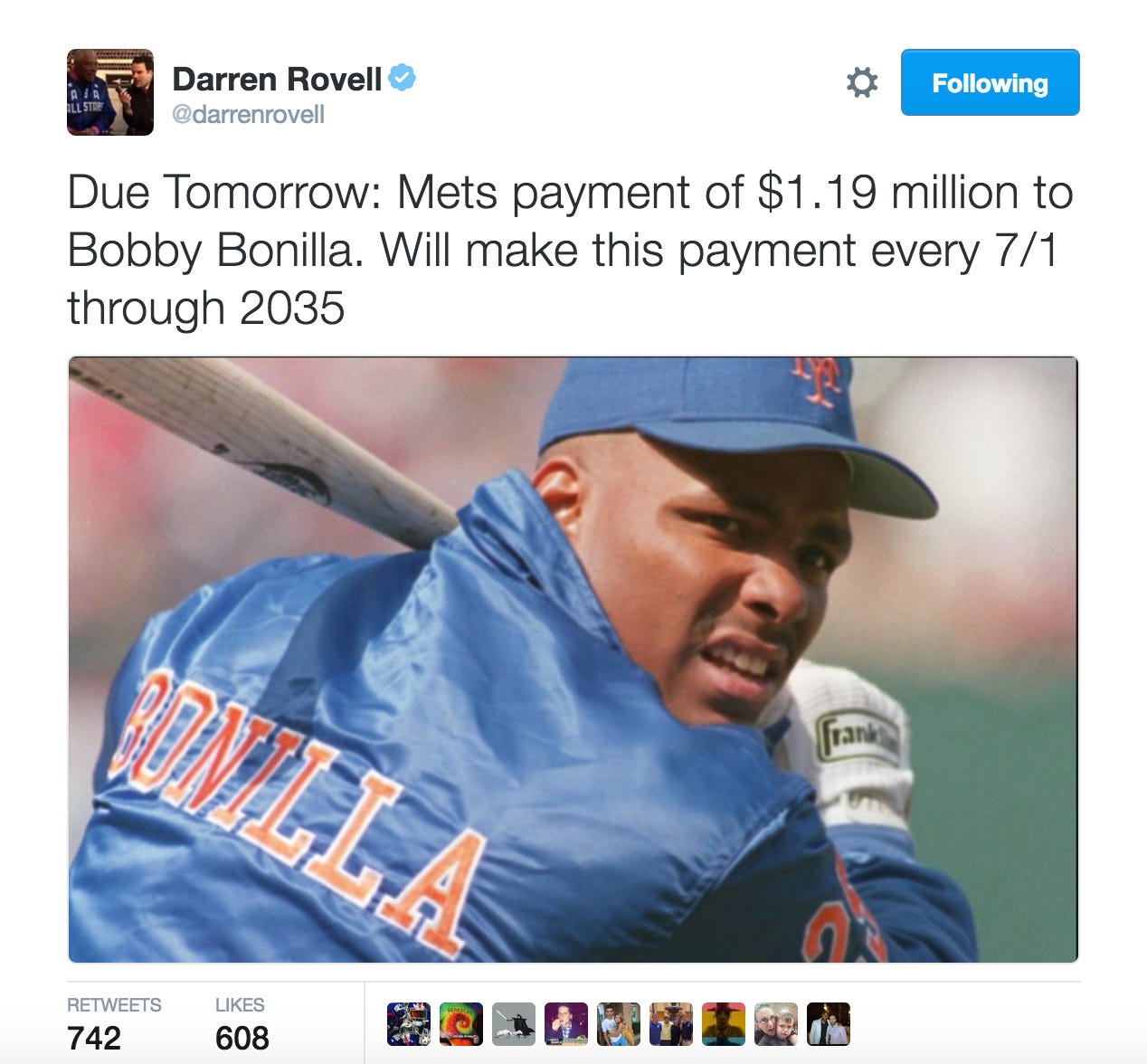 Out of all the things Darren does for his #brand and his #reach, June 30th is always my favorite. Its always his most savvy. Bobby Bonilla Contract Day is July 1. Every July 1st from now until 2035, Bobby Bonilla gets $1.19 million dollars. I know this off the top of my head because its one of the most played out things on the internet. Right up there with saying “savage,” calling something a “psychopath/serial killer move,” drinking someone’s tears, owning real estate in someone’s head, and saying “Nice” when you see the number 69. Have Pardon My Take put all those things on a Mount Rushmore. Mount Rushmores are awesome.

But do you know who knows its played out? Darren Rovell. Do you know who knows that the entire internet will be firing off tweets, tagging me and fellow Mets fans, as if they are the only person who knows about this contract? Darren Rovell. And so he’s not gonna be late to the party. Hes not gonna bring sand to the beach. Every year he gets his Bobby Bonilla Contract Day Tweet in precisely one day before Bobby Bonilla Contract Day. Get out in front of it. D is the first guy of his clout and his number of followers that you will see tweet about Bobby Bonilla every single year. Darren isnt gonna miss a 20 year storm and each and every year for the 20 years of this contract, he’s gonna get his day-early-tweet in.

Also, just for the record – the Reds pay Griffey until 2024, the Rockies pay Todd Helton until 2023, the Diamondbacks pay BERNARD GILKEY until 2017, the list goes on and on. Send your snarky fucking tweets to those loser teams too. And read a goddam book on the net present value of money and how interest rates work you goddam simpletons.