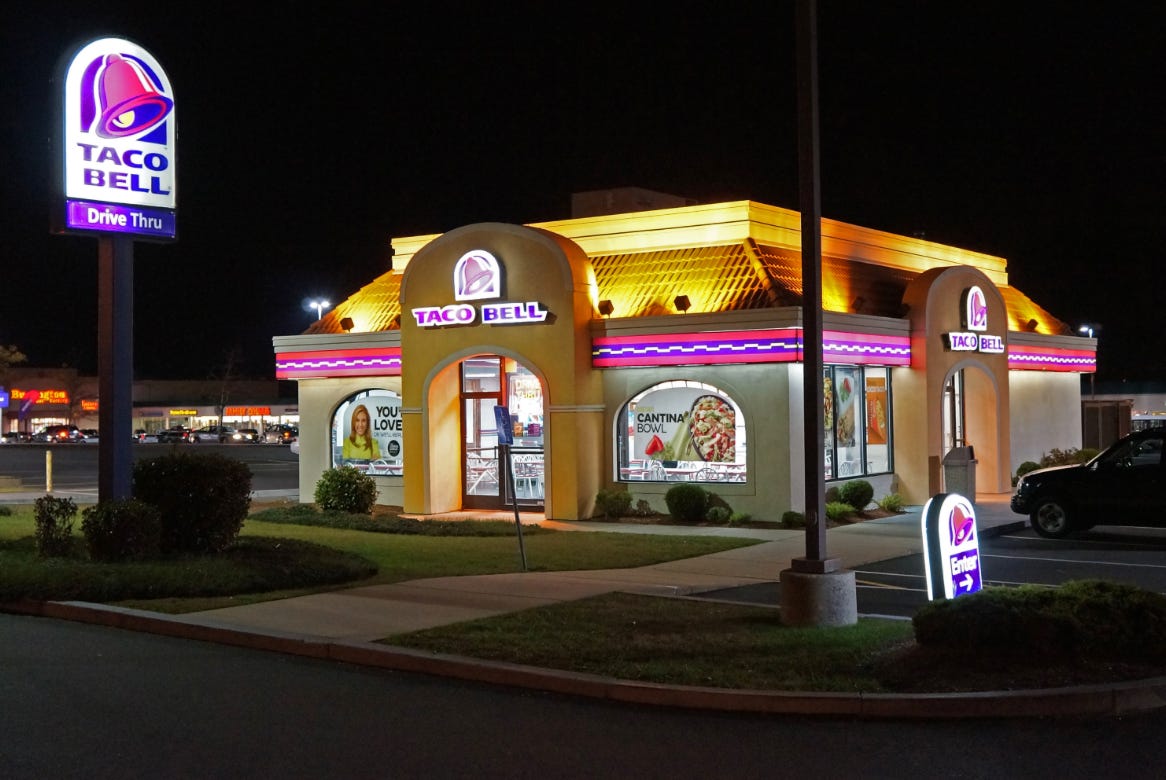 MILWAUKEE —A customer upset with his order at a Taco Bell shot into the restaurant’s drive-thru window, police said. Taco Bell management said that after leaving with his order, the man was upset to discover the employees forgot to add sour cream. He called the restaurant on the 5700 block of W. Fond du Lac Avenue and the manager told him to come back the next day for a free meal because they were closed. Authorities say the man returned a short time later, about 12:20 a.m. Monday, and shot at the bullet-proof window and an employee’s car. No one was hurt. Police had no one in custody in connection with the shooting as of 6:30 a.m. Tuesday.

I’m not a gun guy. That’s not to say I don’t think people should have guns. I just know myself and I know for a fact that I would shoot myself in the face lonnnnnnnnng before I’d be able to shoot the guy breaking into my house at 3am. The key in life is knowing what you’re good at and knowing what you’re not good at. I would not be good with a gun. But again, I’m all for gun ownership as long as you use your guns responsibly and in the correct arenas. Such as hunting, protecting yourself, protecting your family and opening fire on a Taco Bell drive thru after they forget your sour cream. If you use your guns for any of those reasons I listed, I consider you a responsible gun owner. Especially that last one. Sour cream is fucking delicious. Anybody who says different is wrong. So when you pay for sour cream and don’t get sour cream, you are then free to unload a bunch of rounds to convey just how upset you are. I could be wrong but I’m pretty sure that’s stated in the 2nd Amendment.