First thing’s first, I think there’s like a 10% chance this is directed right at me:

I mean I did a double take for a second there. My first thought was that some Stoolie had a hand in this and knows my love for Oregon Trail and all things 90s. Chances are its a reference to Kevin Smith and Clerks with the “Video Clerk” profession selected: 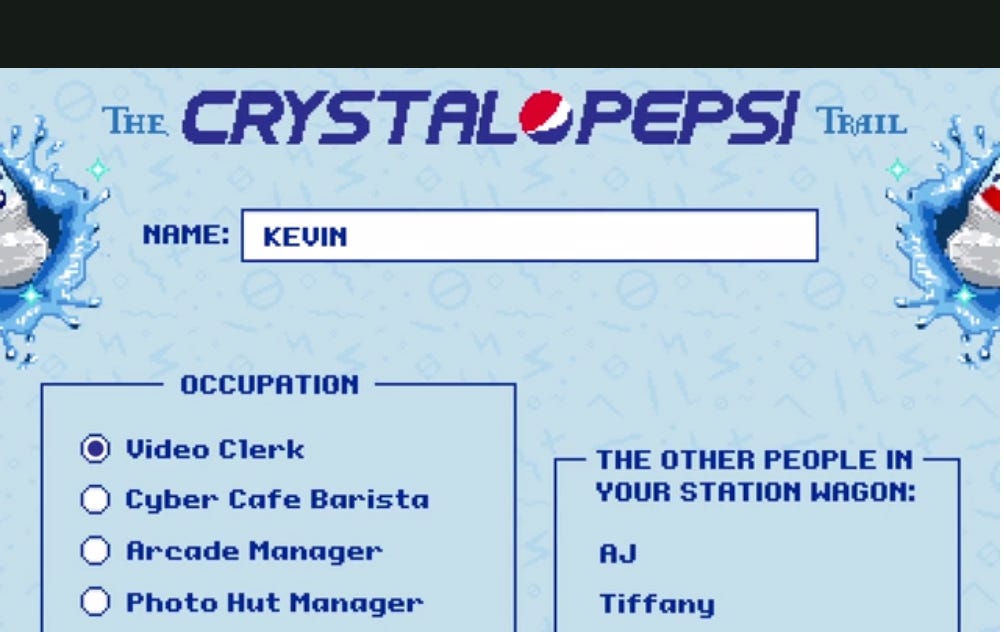 But I still choose to believe its a nod to your boy.

Now I’m torn here. Ordinarily I’m a big proponent of good things being left untouched. Remakes, reboots, and sequels are often horrendous ideas. Taking the Oregon Trail and getting rid of caulking the river and dying of dysentery and snake bites and hunting for buffalo leaves you with a game that isnt the Oregon Trail at all. But in this situation, we’re replacing all those things with 90s nostalgia, which is another thing I’m a total sucker for. So, I’ll allow it. 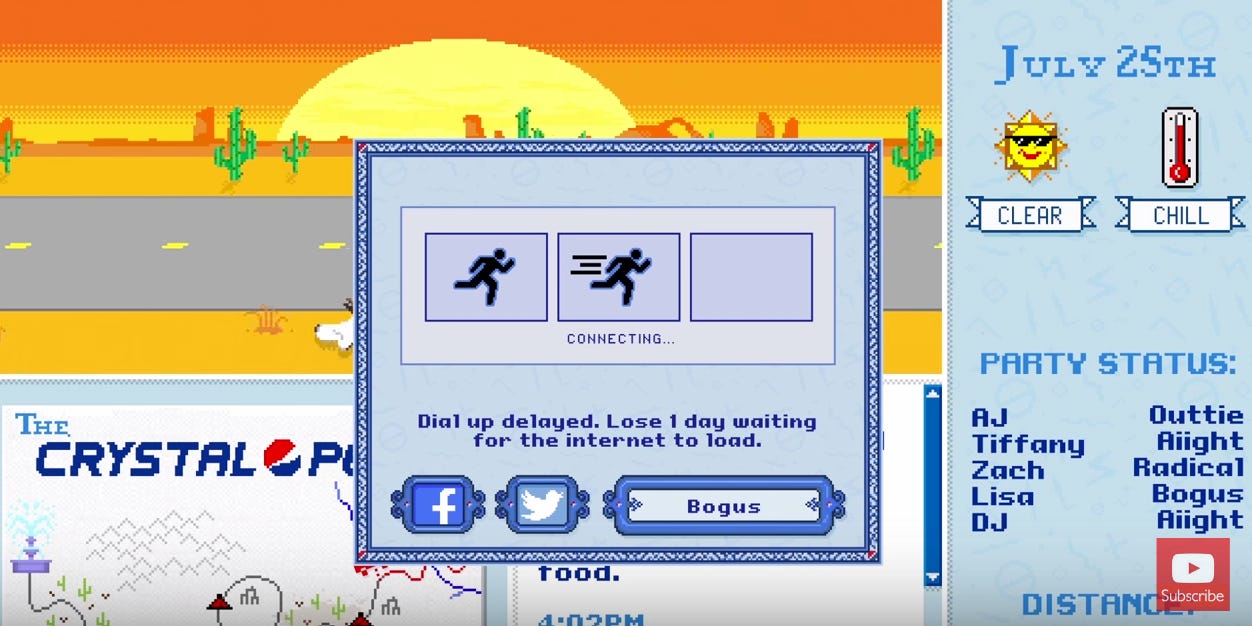 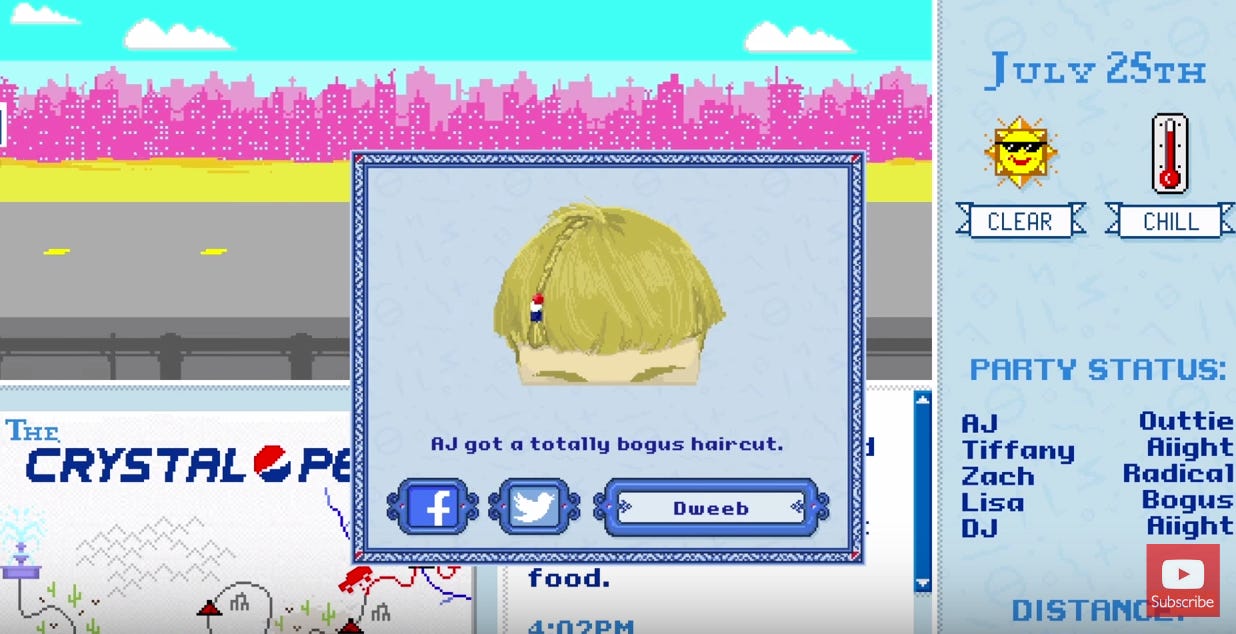 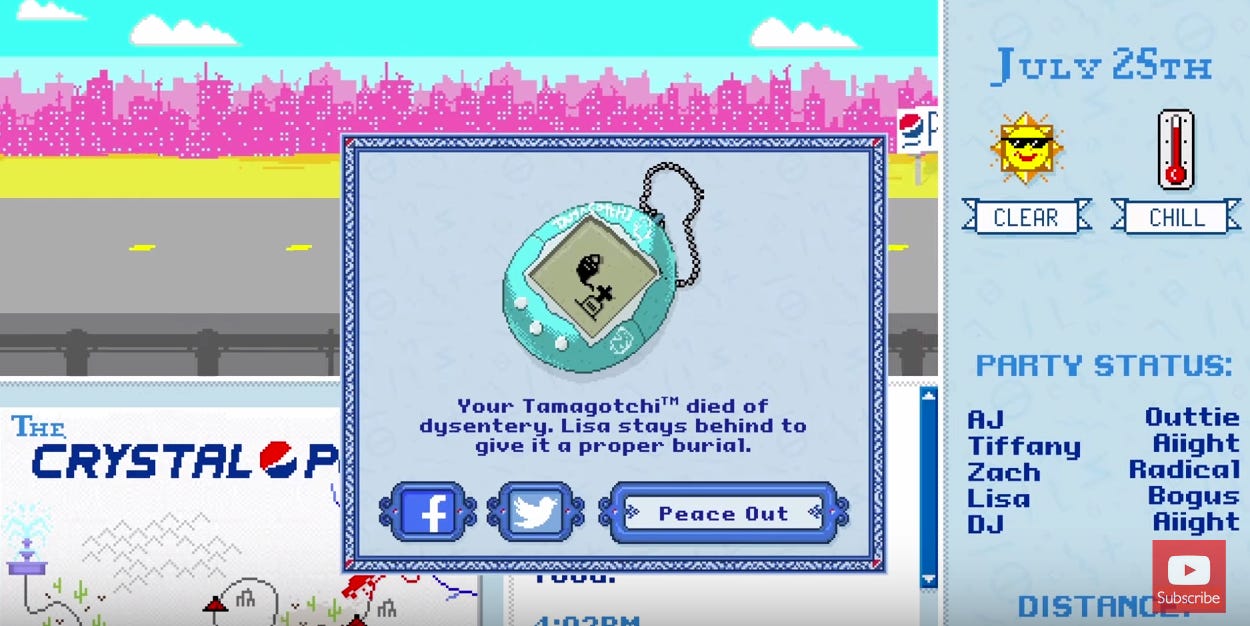 AOL dial up jokes. Tamagotchi jokes. Saved By The Bell names. Mark Summers from Double Dare and What Would You Do? fame is like the narrator. Its just a 90s Nostalgia Boner all the way through. Would love to fire up the Crystal Pepsi Trail and fill up a station wagon with the Barstool Gang and see who can survive a 1990s cross country trip.

Now lets all throw it back to one of my favorite, most popular blogs of all time –

Barstool Does The Oregon Trail 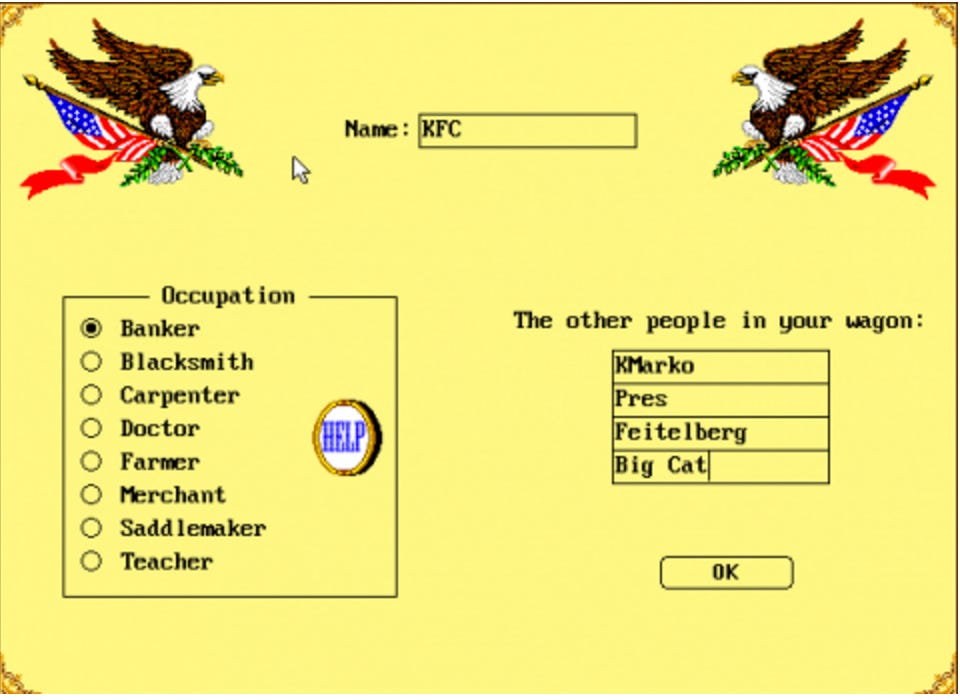