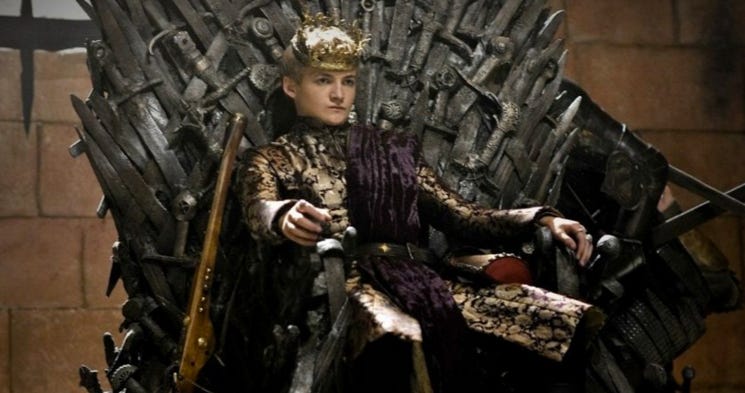 Studentloans.net surveyed 500 student loan borrowers in June, asking them what “insane things graduates would do to free themselves from their student loans.”

As we all know (unless you’re in Portnoy’s 15-21 demo), college is a joke and student loans are the worst. There is nothing worse than the burden of 5 or 6 figure student loans emptying your bank account month after month while you toil away at your meaningless job. StudentLoans.com surveyed 500 people to see what they were willing to give up to be rid of their student loans, and here are the results:

85 percent would give up smoking marijuana for life. – No brainer. Once you’re out of college and have real world responsibilities, giving up weed should be a piece of cake unless you’re a quarterback drafted in the first round.

83.8 percent would stop watching Game of Thrones. - To be honest, this is wayyyyy higher than I expected it to be. That’s like asking a nun to give up church. People who love GoT love it more than they love their own family. If you could never watch another episode, never find out how it ends, would it be worth it? I’d expect this number to be closer to 50%.

83.4 percent would give up bagels for life. – Unless you have like, 3k in student debt, you should take this deal 100% of the time. Bagels are great. But if you have 20k or more in loans to payback, just sacrifice the bagels. You’ll just eat more pancakes or something instead.

77.4 percent would give up Snapchat. - At first I was like what? This is such a no brainer. We just got Snapchat like, a year ago. But Snapchat is such a big part of life now it doesn’t shock me the number isn’t in the 90%s where it should be. But at the same time, I’m not sure I’d take this deal. Snapchat is wonderful.

76 percent would give up lunch meats for life. – And that’s where I draw the line. Nope. Never in 1,000 years would I give up sandwiches for lunch. They are just too delicious, sorry.

61.4 percent would give up cheese for life. - That includes giving up pizza so everyone who said they’d do this should be killed.

58.4 percent would wear Crocs for the next 10 years. – The social repercussions don’t make this one seem worth it. Unless there are some fancy, non-croc looking Crocs out there. It just doesn’t seem practical to wear Crocs everywhere.

57.8 percent would have a one hour conversation with a Comcast customer service representative everyday for the next 5 years. – I’d rather my student loans double.

56.2 percent would vote for Hillary Clinton. – So edgy!

50 percent would jump into a gorilla cage. – This should be 100%. They kill the gorilla, not the person. How this is only 50% is baffling.

42.8 percent would give up toilet paper, and moist wipes, for the next 5 years. – Fucking liars. What are you going to do on a roadtrip when you’re pooping in a Shell station off the side of a highway in Texas? Nobody is giving up TP for 5 years. Nobody.

42.6 percent would hookup with Caitlyn Jenner. – Another one that should be 100%. You’d become an overnight millionaire. If you wouldn’t fuck Caitlyn Jenner you’re an idiot.

30.6 percent would give up sex for the next 10 years – You mean I could have been getting paid for that this entire time?

26.8 percent would contract the Zika Virus – So basically 1/4 people would rather die than pay off their student loans. Seems fair.

8.8 percent would give back their degree. – Painfully low. Your degree stinks and so do you.