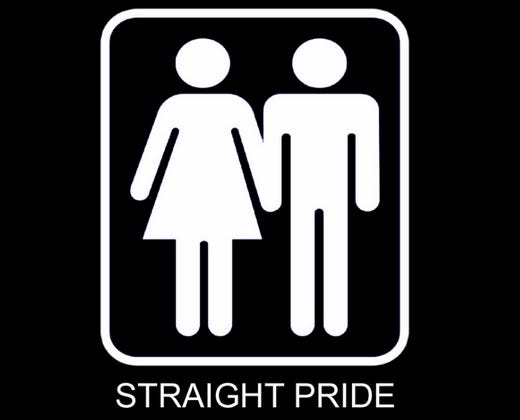 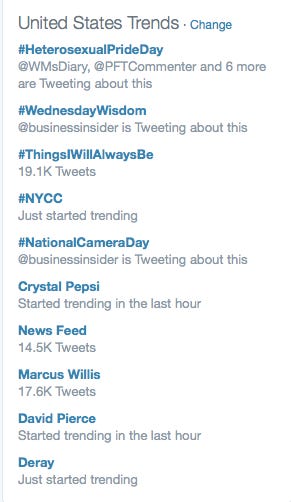 FINALLY! A day for us heterosexuals to celebrate the ability to be ourselves without fear of oppression or judgement. I’ve long wondered how long it would be before a man and woman could hold hands, or even kiss, in public without onlookers staring and commenting about how we’re an affront to god and it looks like the day is finally here. The Silent Parade was way back in 1917, the first gay pride parade was almost 50 years ago in 1969, yet it’s taken until today, June of 2016, for straight people to be able to proudly wear their khakis and listen to Kid Rock as we march these streets. Free at last, free at last, thank god almighty, we’re free at last!

But seriously, this is obviously a moronic hashtag. It’s dumber than the couch I’m sitting on at the moment, everyone knows that. That’s why the whole thing is silly. The ONLY reason it’s a trending topic is because of people either mocking it, rightfully so, or being offended by it. I just scrolled through like an hour’s worth of tweets on the trend and exactly zero of them were actually promoting fucking straight pride. I’m sure there are some morons somewhere that are genuinely supporting it, but it’s so far removed from not only the majority of people, but even a noticeable amount of people, that it’s a waste of time to get upset about it. 99.99999% of people realize the absurdity of this hashtag and are making fun it, that’s why it’s trending. Not because people sincerely think we need a heterosexual pride day.