Remember the scene in Jurassic Park with Dodson?

This lady is Dodson. Look around that subway train. Nobody cares. Nobody even flinching. 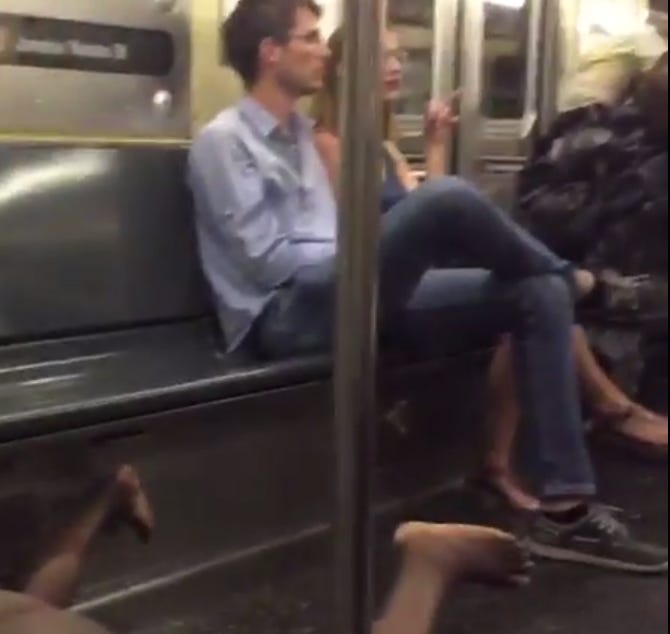 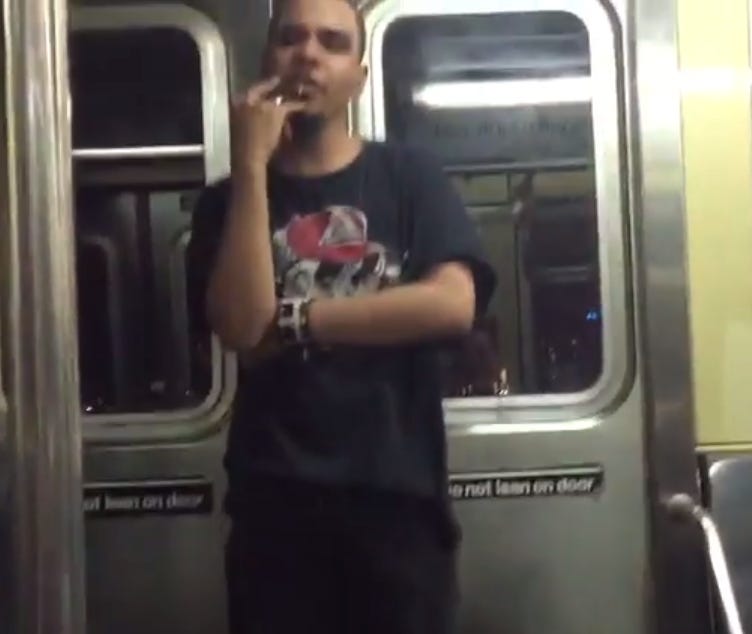 Nobody cares if youre naked and humping the floor. Just get up. This little display for attention is old and played out. The problem with New York for these homeless, mentally disturbed vagrants, is that we’ve seen it all. Literally the very first time I rode the subway I saw a woman with her pants pulled down to her knees and her shirt pulled up over her tits. Old lady vagina right in my face. And since that day its been all downhill. Downhill. From there. So for these derelicts in 2016 looking for attention and hoping to scare people or make people uncomfortable and shit, its damn near impossible. Everyone will just casually step over your naked, crazy ass as they get off at their stop. Yea, its incredibly fucked up and we’ve stooped to a standard where this behavior is expected and borderline acceptable. But I guess the good news is we’re basically impervious to weird shit like this now? You put Pageviews on this subway car and he probably cries and asks for his mommy. Meanwhile the guy from Chelsea in the skinny jeans doesnt even bat an eyelash. Gift and a curse I suppose.

Mostly a curse. Lets be clear giant black naked homeless lunatics is like 99.9999% a curse.