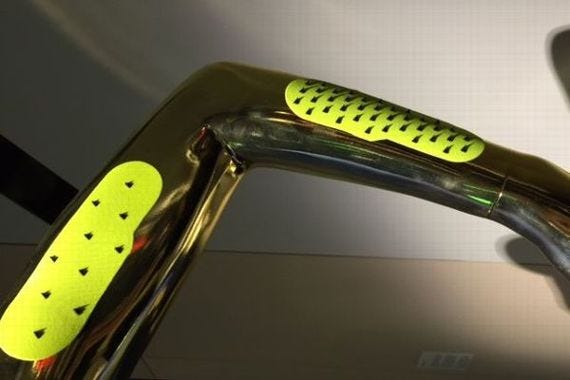 ESPN – Nike on Tuesday unveiled a speed system for its track and field athletes who will compete at August’s Olympic Games in Rio de Janeiro. While innovation in shoes and apparel were expected, the brand gave a preview of three significant advances in technology that aren’t typically part of a uniform unveil.

The first is adhesive tape with silicon-based spikes called AeroBlades that runners will be instructed to wear on various parts of their bodies, depending on event, to help cut wind resistance or aerodynamic drag. The distance between the AeroBlades is also different, depending on what part of the body they are placed. Nike arrived at the shape of the blades by using a 3-D printer to build prototypes and testing hundreds of different shapes in a wind tunnel. 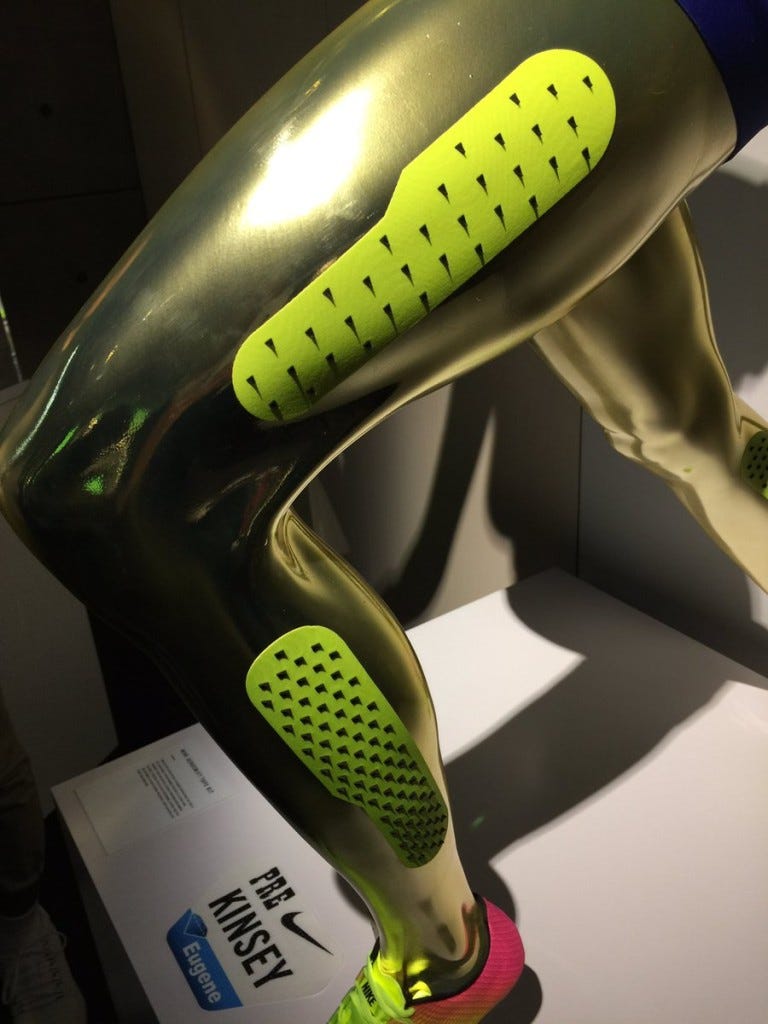 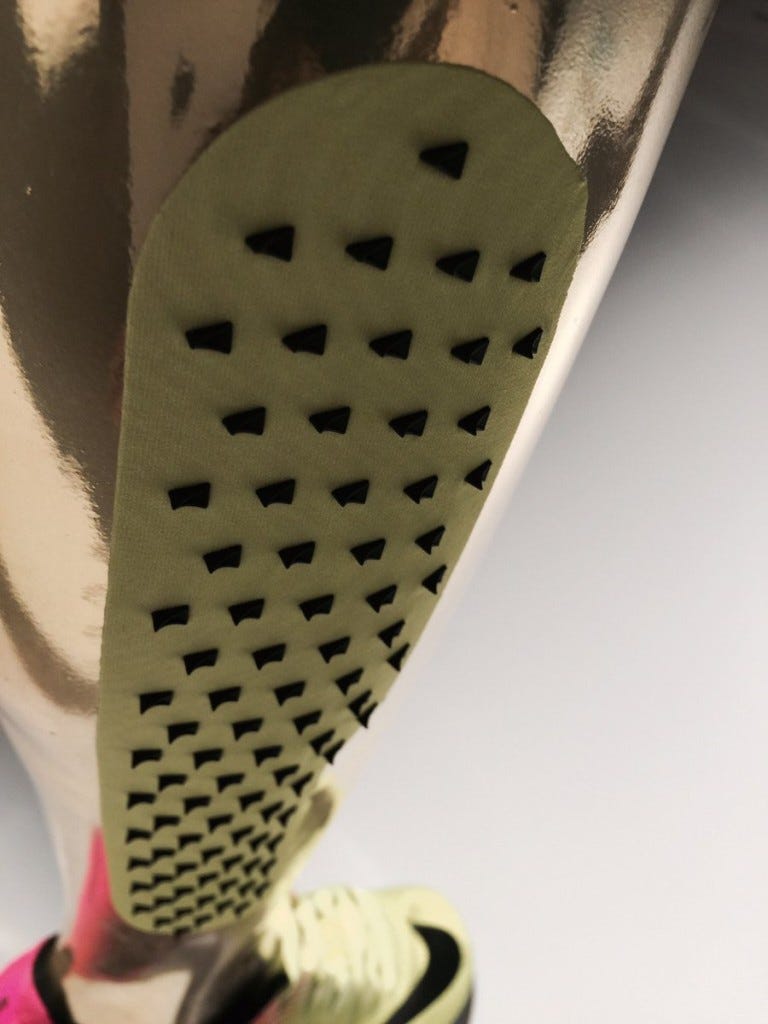 Alright, Nike. You can save the song and dance for somebody else because I ain’t buyin’ it. Oh, these spikes that you’re throwing on your adhesive tape just in time for one of the most controversial and dangerous Olympic Games ever is for “cutting down wind resistance”? Yeah, fat fucking chance. We all know what’s going on here. Rio de Janiero is a hell hole. It’s the Detroit of South America. Between the Zika, the Favelas filled with people who are ready to kill you at any given moment, and just the overall grossness of 3rd world developing countries, it’s a modern day miracle that these games haven’t been cancelled yet. So Nike is just being a little proactive here. It’s not in their best interest for their athletes to get kidnapped and murdered by militant Brazilian thugs during their events running through the streets of Rio. So they’re just giving the runners a little chance to defend themselves here. If you’re running a marathon and somebody tries to kidnap you, boom, your adhesive tape double serves as weaponry to fend off would-be attackers. It’s kind of brilliant, in my opinion. Maybe throw a canister of pepper spray in the shoes some how and all of a sudden Rio doesn’t seem so dangerous anymore. Now the only thing you have to worry about is the runners using the spikes against each other during the race but to be perfectly honest, I think that will obviously be better for the sport. 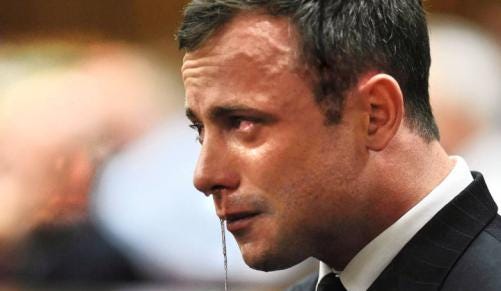 1) Always hilarious to me when sports like running try to up their swag level like this. Ummmmm hey, runners. I don’t care how cool your shoes are or what kind of tape you’re wearing. You’re still not real athletes. As the late great Kenny Powers once said, “I’m not trying to be the best at exercising”. You know what my athletes do to get in shape for their sport? They run. All your sport is, is training for every other sport in the games.

2) Kinda feel like Off! bug spray is missing a huge marketing opportunity right now with these Olympic Games. I don’t understand all of these athletes dropping out of the Rio Olympics as if bug spray hasn’t been invented for years already. Off! could be doing so much right now. They should be sponsoring athletes. They could put mist stations all over Rio but instead of spraying you with water mist, they just spray everybody with bug repellent. They could have commercials. They could have ANYTHING. But instead, they’re sitting with their thumbs in their ass while I’m the one coming up with all of the ideas here.

3) Another way to save the Rio Games: This is the Olympics, people. And what are the Olympics known for? The Olympic Torch. So what if we just made a few minor adjustments to the torch this year and turned it into one giant citronella tiki torch to keep all the mosquitoes away? 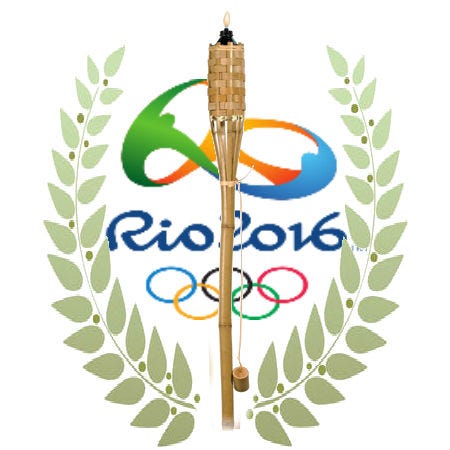