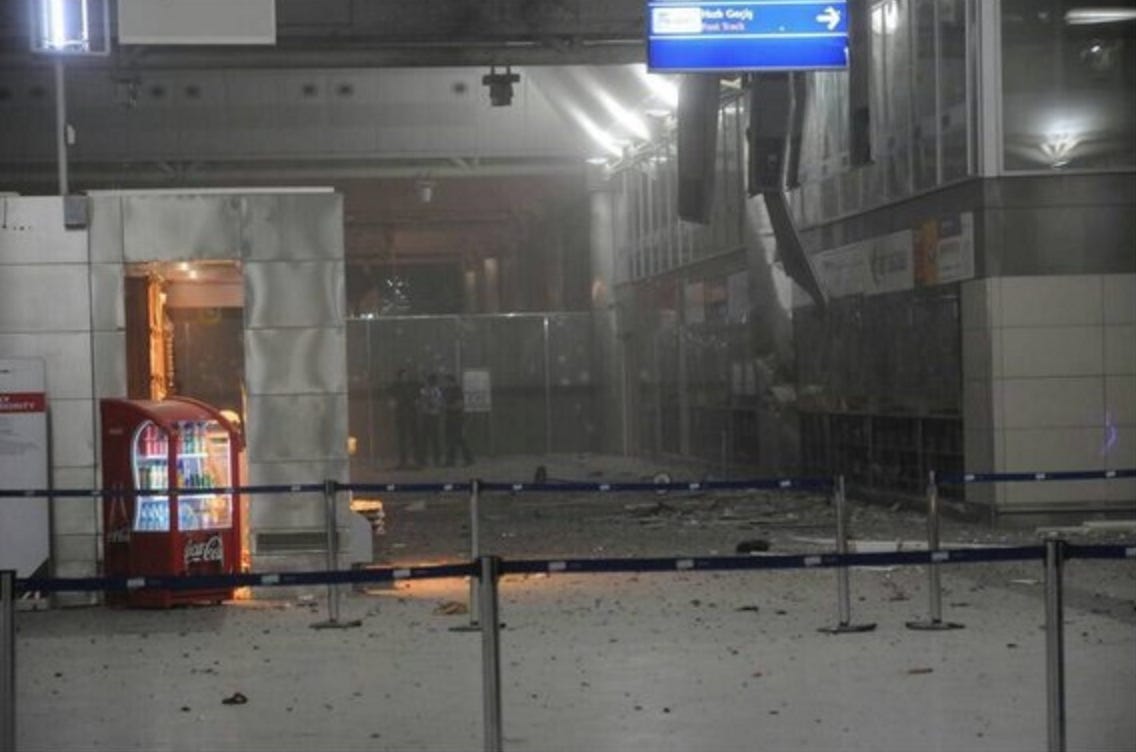 As I’m sure you likely heard, this happened end of day yesterday (10pm local time). You know how I choose to cover these — very little commentary, I just wade through the bullshit and try to congregate the key and interesting information under one roof.

You don’t have to read a rapidly changing twitter timeline, browse 10 different articles, and hope to catch bits of cable news in an effort to understand what’s going on. I’ll do that for you and publish it here in a way that gives you what I’ve determined as accurate, useful, and interesting info.

3 terrorists arrived in taxis at Istanbul’s Ataturk Airport, the biggest in Turkey and the 11th busiest on earth, serving over 60 million passengers last year. They immediately began firing at the terminal entrance before blowing themselves up just outside security once police began firing back.

Latest reports have 41 dead and over 230 injured. Officials have called the incident a highly coordinated assault. They suspect ISIS, with a possible motive being Turkey’s recent agreement to normalize diplomatic relations with Israel.

Surveillance footage of one of the bombs & the attack:

Bit of a locational understanding of the situation, from BBC: 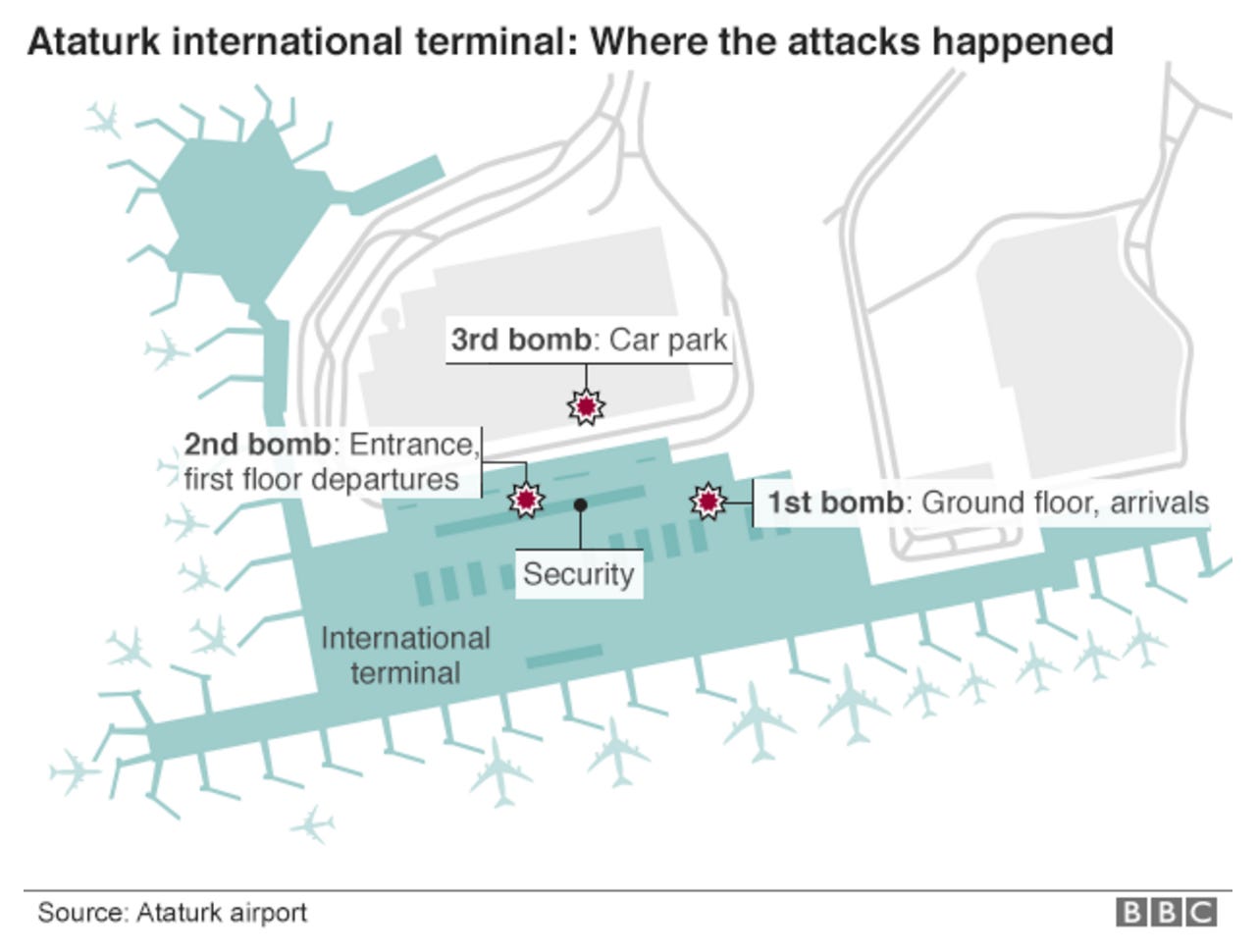 People hiding in a store:

JUST IN: Video shows people hiding inside a store at Istanbul's Ataturk Airport after blasts https://t.co/XEB0HSGmzYhttps://t.co/dJgewfIn8b

Turkey is obviously extremely close to Syria and ISIS’ strongholds, and they generally tend not to attack (or at least claim attacks) there quite as readily as they do in the West due to problematic proximity. The best Middle East terror journalist, Rukmini Callimachi, had this to say out of the gate:

Speculation in Turkey that the attack on the airport is a result of Turkey's recent rapprochement with Israel: https://t.co/qFeiOY3jxZ

Was it ISIS? Here’s analysis from BBC’s security correspondent:

Below is what I posted in the hours after the Orlando attack. Whether it’s in Orlando, or Turkey, or London, or Baghdad, my sentiment remains the same.

PS – You might be inclined to just think of Istanbul as “over there with the bad stuff.” But in reality, it’s an awesome city with mostly normal people that like to do normal things. Snapchat did an Istanbul snapstory a few years back that showed it really well. Couldn’t find that, but this video does a pretty good job.