NSFW? They’re dolls. Not real people. But If your boss sees you looking at latex statue nipples you’re probably still getting in trouble. So, NSFW tag: 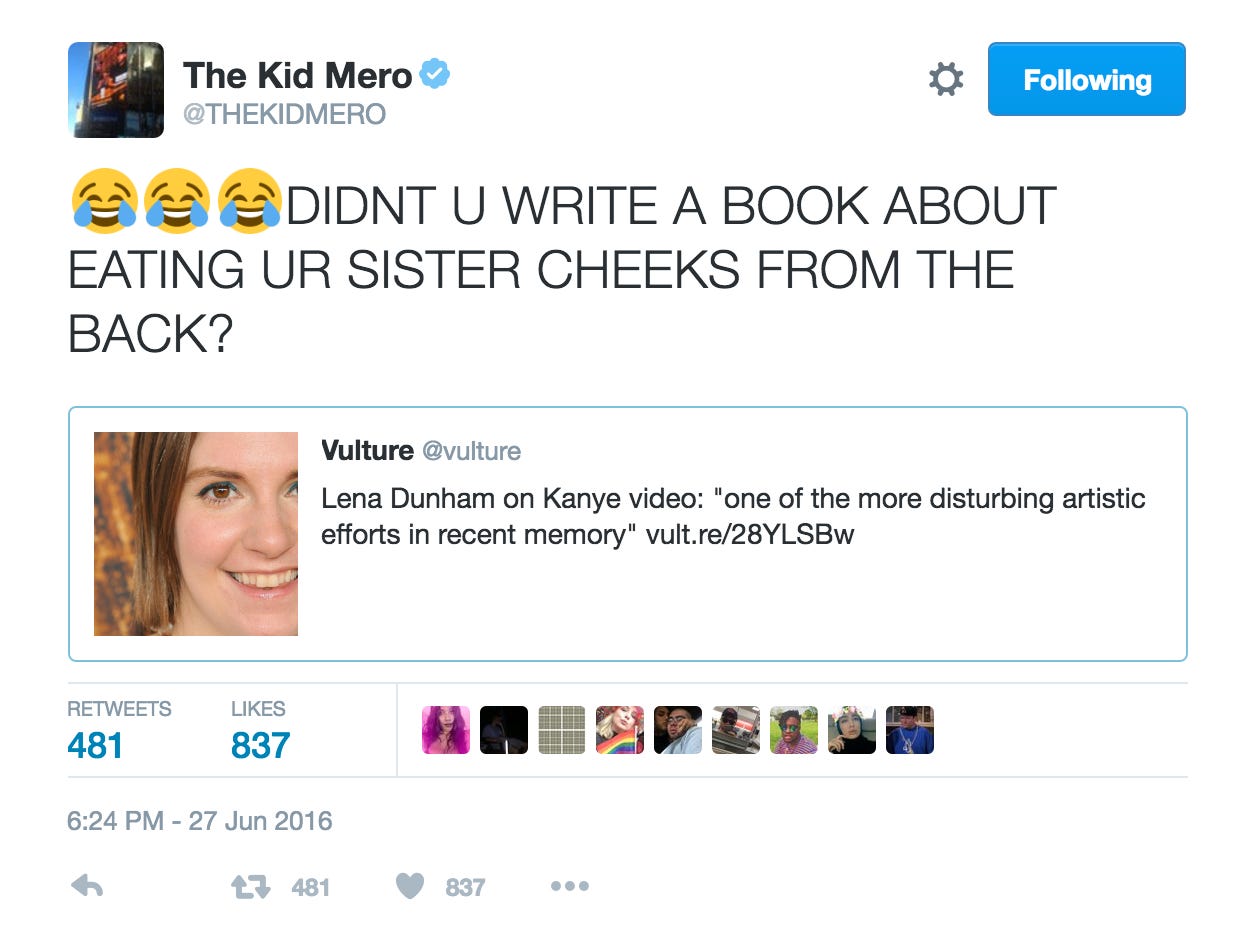 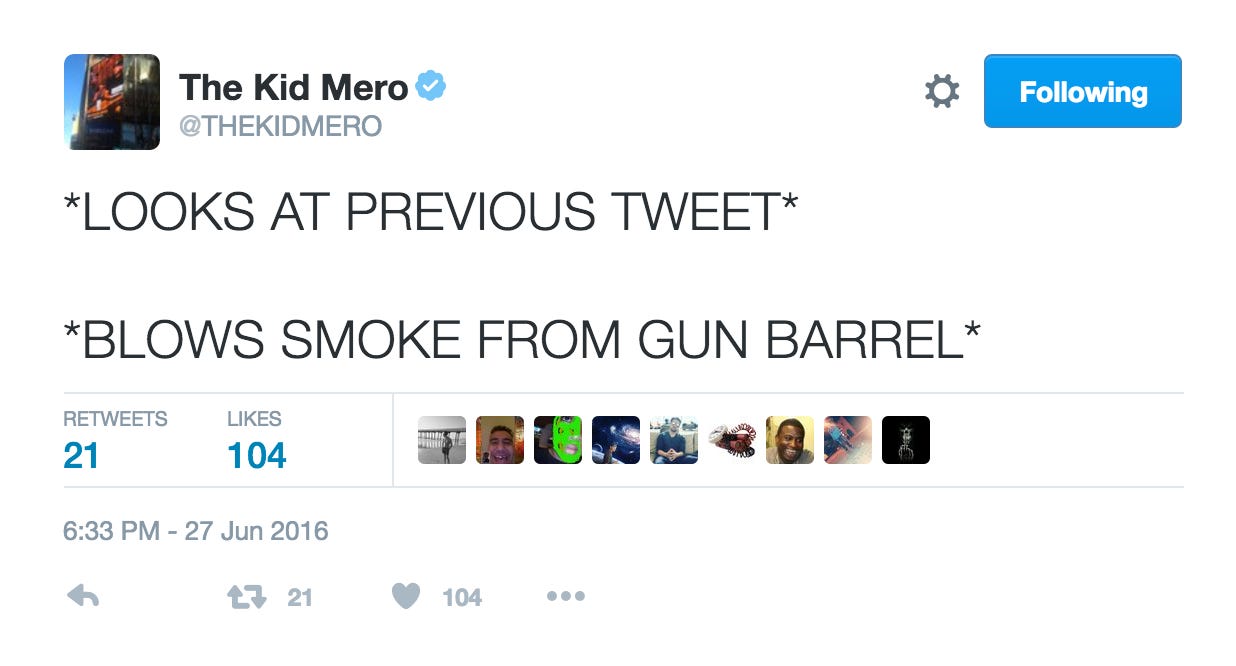 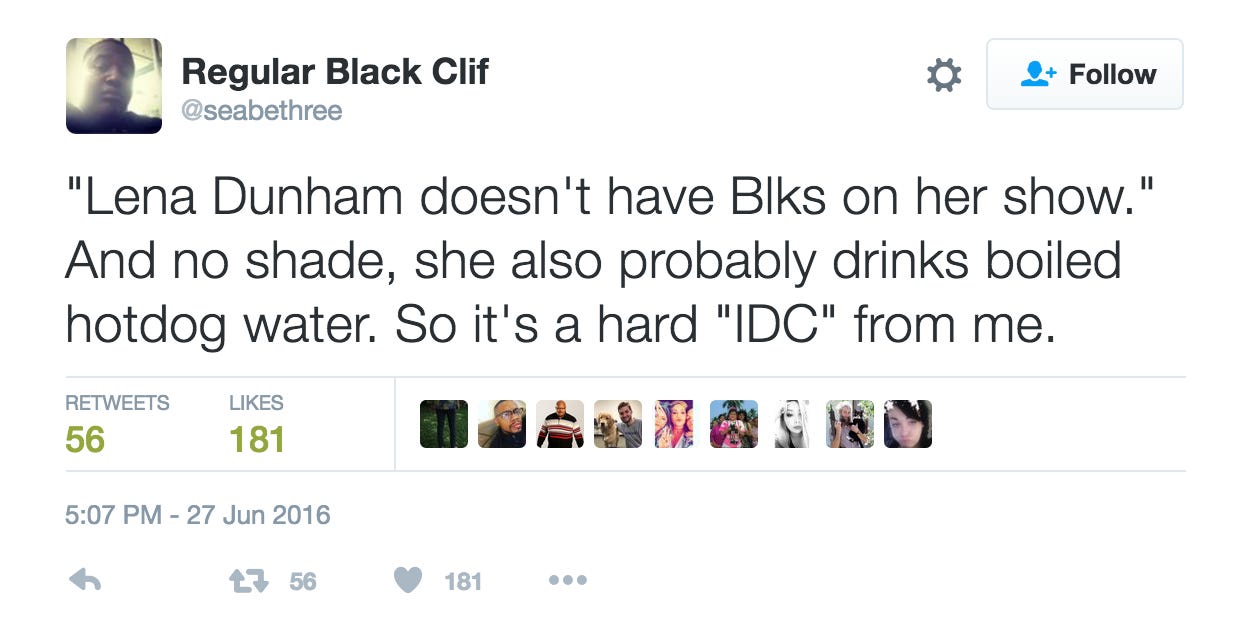 Variety - Kanye West’s NSFW music video for the infamous “Famous,” possibly his most controversial and latest single off of “The Life of Pablo,” has Lena Dunham up in arms. “The Famous video is one of the more disturbing ‘artistic’ efforts in recent memory,” Dunham wrote in a Facebook post. “Now I have to see the prone, unconscious, waxy bodies of famous women, twisted like they’ve been drugged and chucked aside at a rager? It gives me such a sickening sense of dis-ease.”  “I don’t have a hip cool reaction, because seeing a woman I love like Taylor Swift (f–k that one hurt to look at, I couldn’t look), a woman I admire like Rihanna or Anna [Wintour], reduced to a pair of waxy breasts made by some special effects guy in the Valley, it makes me feel sad and unsafe and worried for the teenage girls who watch this and may not understand that grainy roving camera as the stuff of snuff films,” she wrote. Although Dunham thinks Kanye is “cool,” she urged him to streamline his creative expression and move away from harmful gender and cultural archetypes. “Make a statement on fame and privacy and the Illuminati or whatever is on your mind! But I can’t watch it, don’t want to watch it, if it feels informed and inspired by the aspects of our culture that make women feel unsafe even in their own beds, in their own bodies,” she wrote.

You know what gives me a sickening sense of dis-ease, Lena? Hearing people fondly retell the story of how they used to finger their own sister when she was a helpless child. You know whats one of the more disturbing moments in recent memory? You completely fabricating a story about how you were raped.

Absolutely BANANALAND that this chick still thinks shes in a position to talk about whats “disgusting” or “upsetting.” You. Fingered. Your. Sister. You DO NOT get to EVER write for some position of moral authoring on anything, ever again, after broadcasting that to the world. Thats just rules. Thats how it goes. You might have all sorts of thoughts and opinions to share with this world but once you willingly tell that story and recall it fondly like it was your childhood glory days, you are OUT.

I’m also getting a kick out of Dunham freaking out over some disturbing nudity. Hey Lena I’m disturbed every time your gross naked self pops up on my TV screen or my computer screen. You of all people know how it goes. Use shock value nudity to get your popularity up. Dont throw stones when you live in a glass house that smells like boiled hot dog water. You fake ass intellectual, bag of milk lookin asshole. Sounds like you’re just salty your barrel of cream cheese body wasnt in that bed.