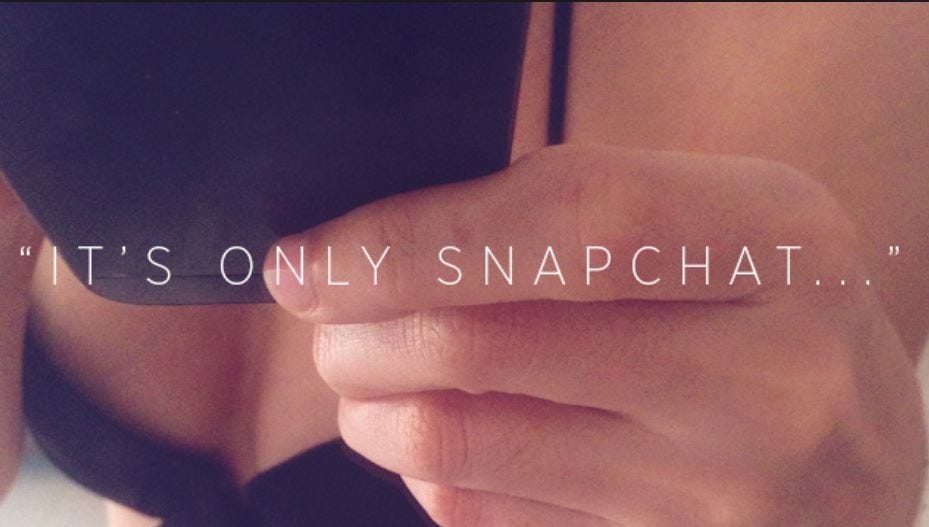 I’m 29 and so is my boyfriend. We have been together for 2.5 years and moved in together 10 months ago. Everything was going well until his ex-colleague (they had a thing four years ago) visited our city and wanted to catch up with him. All good till then – she went back to her city – but ever since, they have been Snapchatting each other quite a lot. It’s to the point that they are No. 1 friends (I saw as he opened his Snapchat in front of me).

I confronted him and he said they are just friends and talking about work. He said he would stop if it bothered me. A month later, it was bugging me and (OK, I snooped – wrong, wrong, blah, blah) and they still send messages through Snapchat and are still No. 1 best friends, but he deleted the conversation so it doesn’t come up! Sneaky, sneaky. Should I confront her? Should I breakup with him? I really don’t know what to do, and something is definitely fishy.

Do not confront this other woman, please. Instead, focus your energy on figuring out why this Snapchat interaction bothers you so much. If you’re considering breaking up with your longtime boyfriend because he communicates with a faraway ex/friend over social media, something else is going on.

Do you feel lonely when you’re with him? Do you still enjoy each other’s company? What would make you think that a friendship with another woman means he’s no longer loyal to you? My guess is that she’s not the real problem. Something tells me that the move-in has been a difficult adjustment. Don’t underestimate the power of that kind of change.

Your boyfriend told you he’d stop talking to this woman if it bothered you, but it sounds like you weren’t honest at the time about your concerns and needs. Have that conversation now – it’s not too late – because you don’t want to turn into a conspiracy theorist/snooper. Snooping and guessing are good ways to end a relationship, when in reality, all you really want to ask is, “Are we OK?”

Readers? Is this fishy? Would you be OK with a partner Snapchatting with an ex? How should she confront this problem?

Well folks we’ve hit rock bottom.  The absolute worst advice Hoss Goldstein has ever given.  If I sound like a broken record that’s probably because I said the same exact thing last week, but this week takes the cake.

First of all how do you know what #1 friends on snapchat means, but not know that all conversations automatically delete?  That’s fishy as fuck.   Second get your head out of your ass.  Of course these two are fucking.  They fucked when she was in town, he’s probably already taken a couple “business trips” to fuck her and they are 1,000% plotting on when they are gonna fuck next. Probably sending cock shots and tittiy pictures as we speak. Because newsflash 99%  of ex’s who still talk are hooking up and 1,000% of ex’s that communicate via snapchat are still fucking.  That’s the only reason to talk on snapchat in the first place.  So your messages disappear.  So you can’t get caught cheating.  That’s literally why Snapchat was invented. That’s it.  It’s Snapchat 101.  Welcome to 2016 dummy.