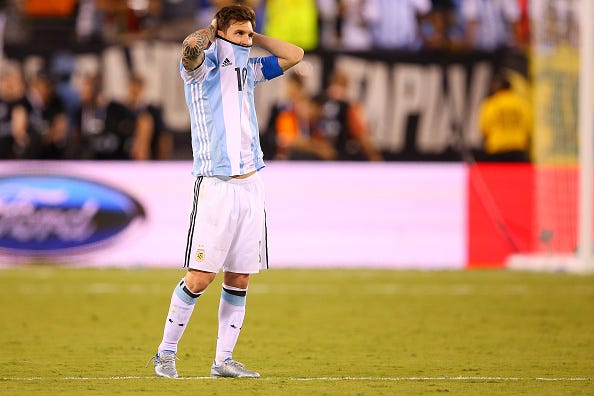 Translation via FTW – “It’s difficult. This time is hard. In the locker room, I thought it was over for me and the national team. The team is not for me.

“It’s what I feel now, a great sadness that this happened again, that I missed the penalty kick. It was very important. (Leaving the national team) is for the good of all. I’m not satisfied with reaching the final and not winning it.

“I tried hard to be a champion with Argentina. It didn’t happen. I couldn’t get it done.”

I’m going to start describing somebody real quick and I need you to close your eyes and try to picture who I’m talking about. This person is an athlete. Some would even go as far as to saying they are the greatest player in the world for their respective sport. This person is from a country that isn’t America. This person scores goals at will. This person does something every single game that makes you stop and say “how in the fuck did that just happen” to yourself. But while this person’s talents is off the charts, they’ve still never been able to win the big one. Now open your eyes. Who is this athlete that I’m talking about? Lionel Messi? No. Wrong. Dead wrong. I’m talking about Alexander Ovechkin. And while both athletes are world renowned choke artists, you don’t see Ovechkin just quitting the Washington Capitals because he’ll never win a championship with them for as long as he lives.

Now it should come as no surprise that I hate Alex Ovechkin. Obviously the Washington Capitals would be much better off if he quit and asked for a trade (no team will ever win the Stanley Cup with a Russian captain. Everybody knows that thems is the rules). But he’s a hockey player and while hockey players are physically tougher than any other athletes out there, more importantly they are mentally tougher as well. As the old saying goes, “when the going gets tough, the tough get going”. Well it appears that Lionel Messi just doesn’t have what it takes to be a hockey player because at the first sign of adversity, he’s ready to just give it all up. After one big loss, he’s calling it quits. You want to know who lost a pretty big game one time? Jesus Christ. And do you think that he gave up right after that? Hell no. He came back 3 days later stronger than ever. But Lionel Messi is a weak little bitch. He’s a midget both in stature and mentally.

So now I guess Argentina has no other choice but to trade Messi and start the rebuild. Maybe think about bringing Sam Hinkie in to get another process underway. Because it doesn’t even matter if Messi comes out in a few days and say that he didn’t really mean what he said in that interview. After those comments, it’s clearly obvious that he’s just another bust. 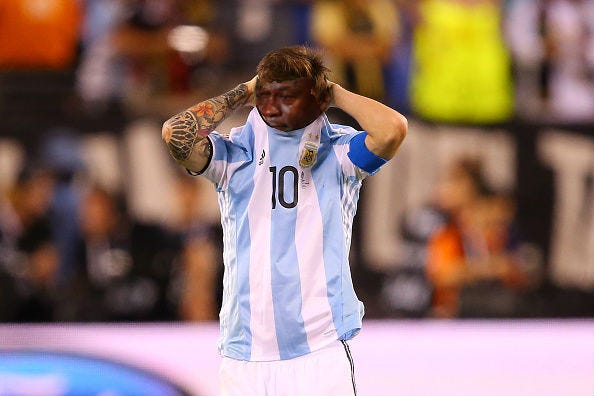 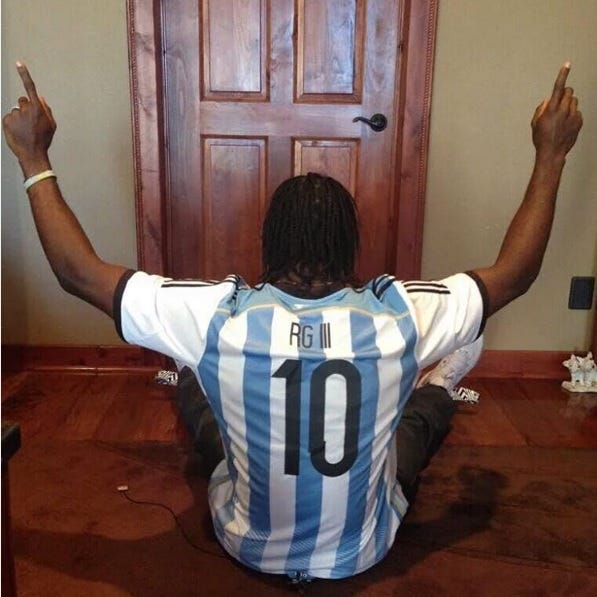