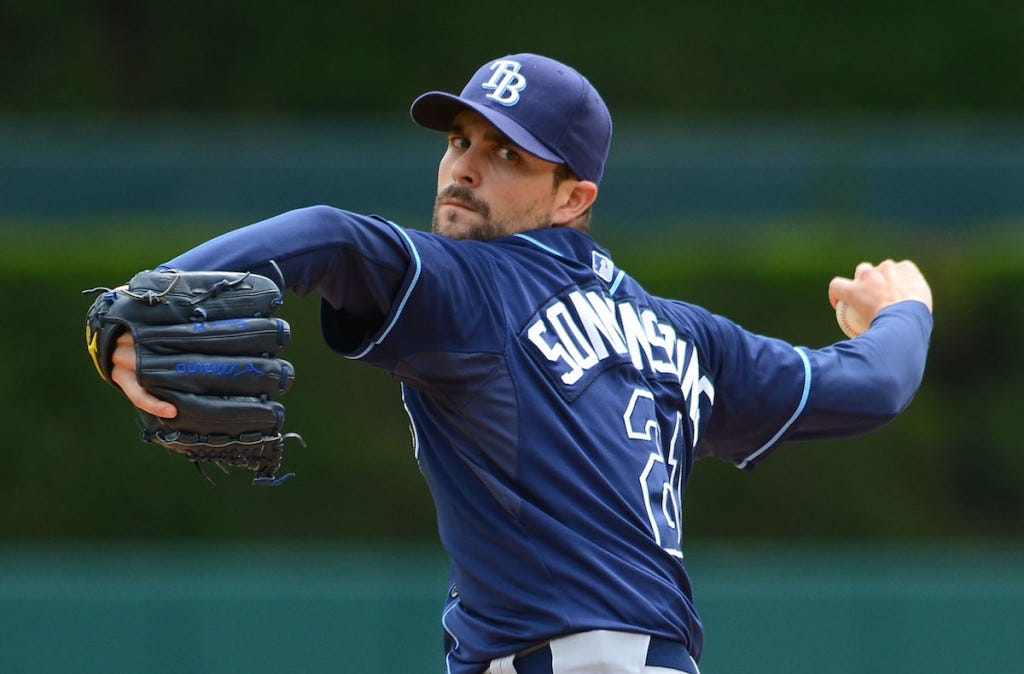 So cool, in fact, that former Rays right-hander Andy Sonnanstine is attempting to make a comeback to the major leagues as a knuckleball pitcher. Sonnanstine last appeared in a major league game on September 20, 2011 for Tampa Bay. If you recall, Sonnanstine’s teammate from that 2011 Rays team, Dan Johnson, is also attempting a comeback to the MLB as knuckleballer. Not sure how that’s working out for him, but I’m assuming not well since that’s the last I had heard of his comeback attempt.

At least with Sonnanstine, you’re talking about a former major league pitcher trying to make a comeback as a pitcher with a junk pitch. With Johnson, you’re talking about a guy who spent most of his career as a first baseman, and now he’s trying to find a loophole back to the majors. Can’t blame him one bit for trying. Although, notable knuckleballer Tim Wakefield was originally drafted as a first baseman by the Pittsburgh Pirates. So, anything is possible, I suppose.

I went back and looked, and since 2009, players in the MLB are hitting .242 with a .683 OPS against knuckleballs. I’m assuming that’s split between RA Dickey, Wakefield and Wright, but if someone mixed in a knuckler here and there, then that’s looped in, too. Basically, it’s worth a shot if you’ve got a pretty decent knuckleball. Sonnanstine’s only 33 years old, and Dickey didn’t have his Cy Young season until he was 37, and Wakefield didn’t make his first All Star team until he was 42, so who the fuck knows? Steven Wright inspiring major league comebacks everywhere. #GoStevenGo