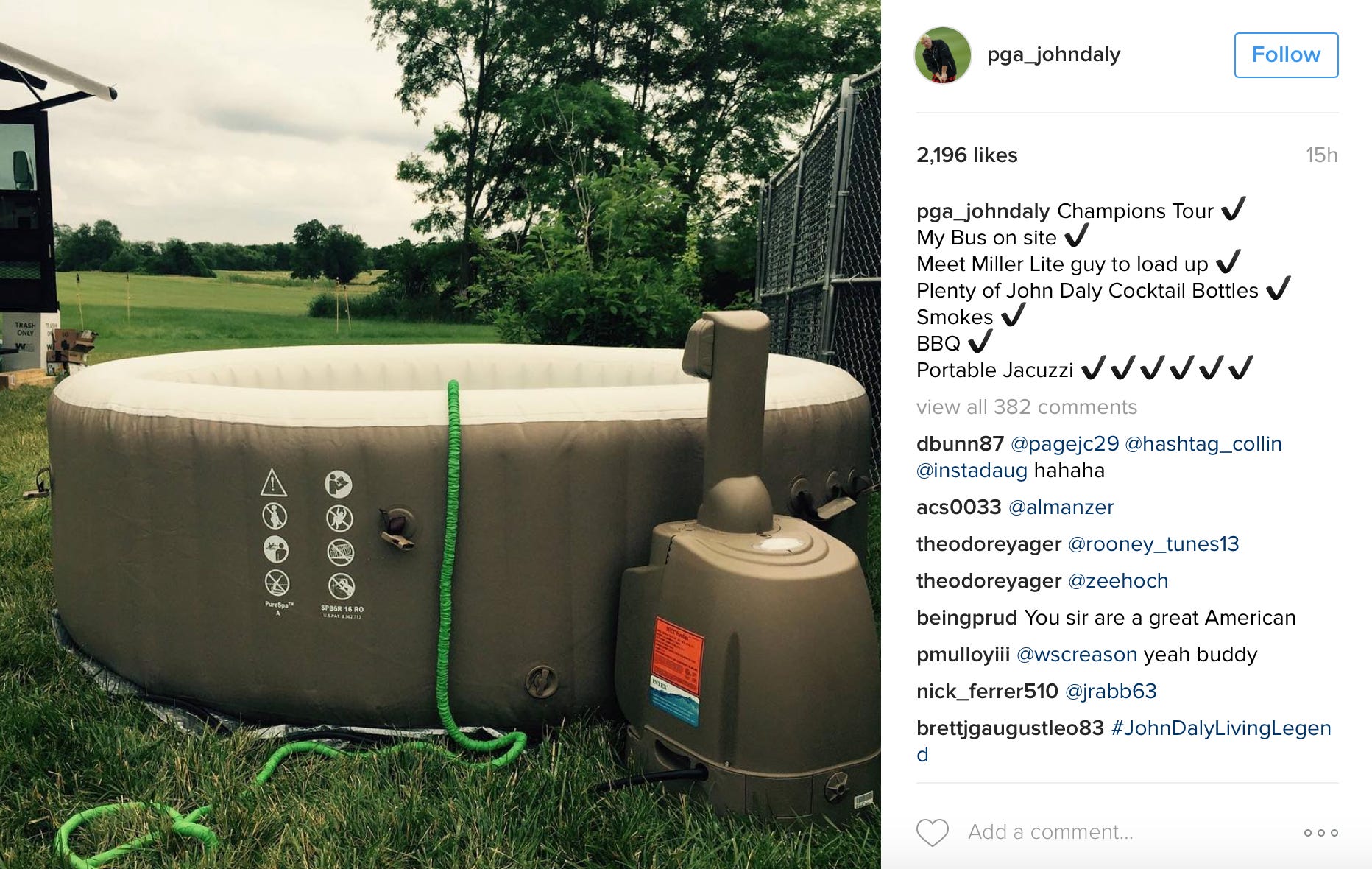 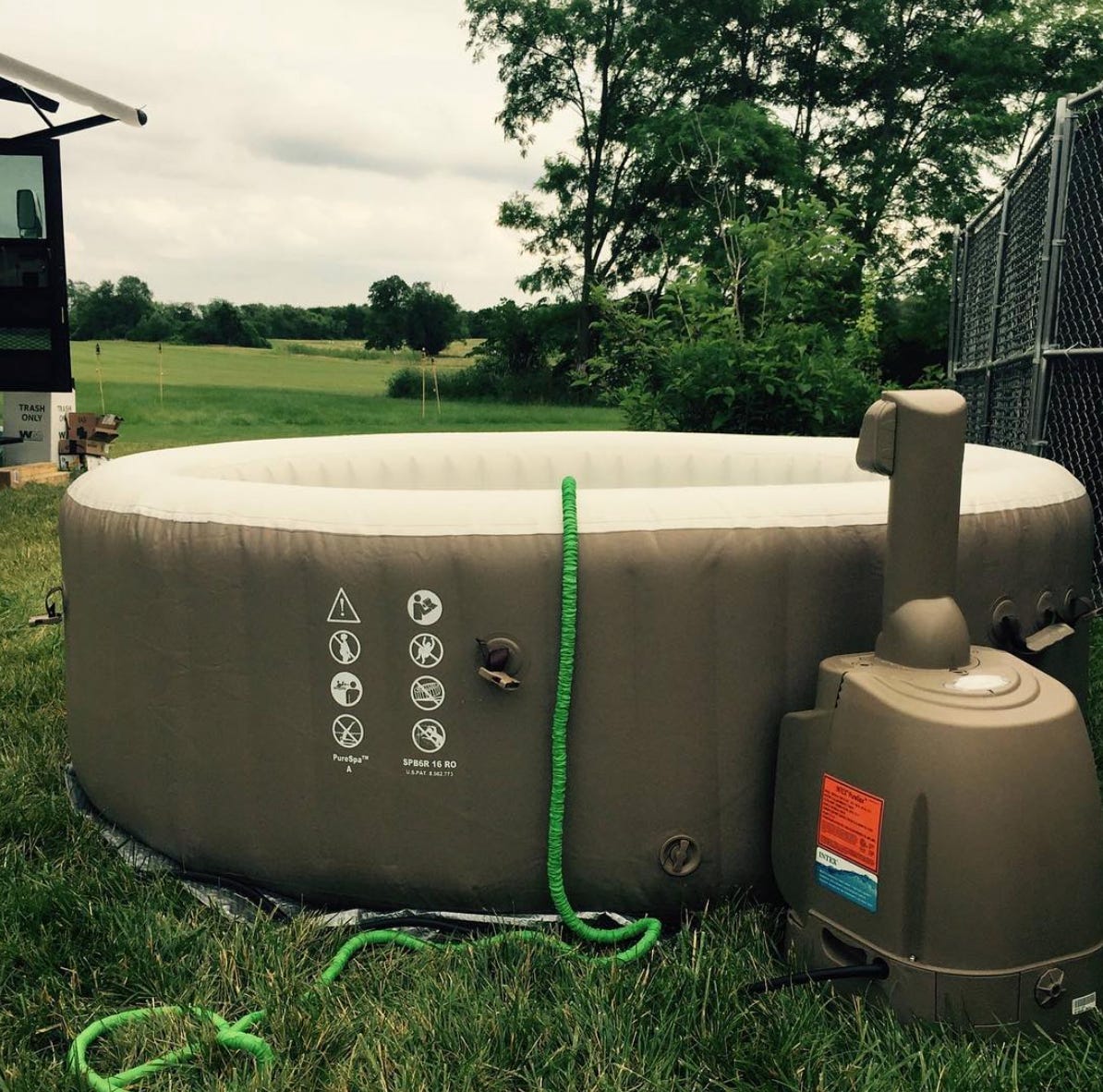 I don’t picture John Daly being a big hip hop guy but he FOR SURE listens to “Big Poppa” in that portable jacuzzi. It’d be a missed opportunity if he didn’t. “Forget the telly we just go to the camp site and watch a movie in the portable jacuzzi, smoke Marlboros while you do me.” A portable jacuzzi is the most white trash thing possible but nobody makes it seem cooler than JD. I didn’t even know portable jacuzzis were a thing until 20 minutes ago and now I want one. He should sell his own line of portable jacuzzis. The man never disappoints. I never ever want John Daly to die, but if his cause of death is being too drunk off John Daly cocktails in a portable jacuzzi, it’d be kinda perfect. Lavish death for a lavish life. Hashtag hero.