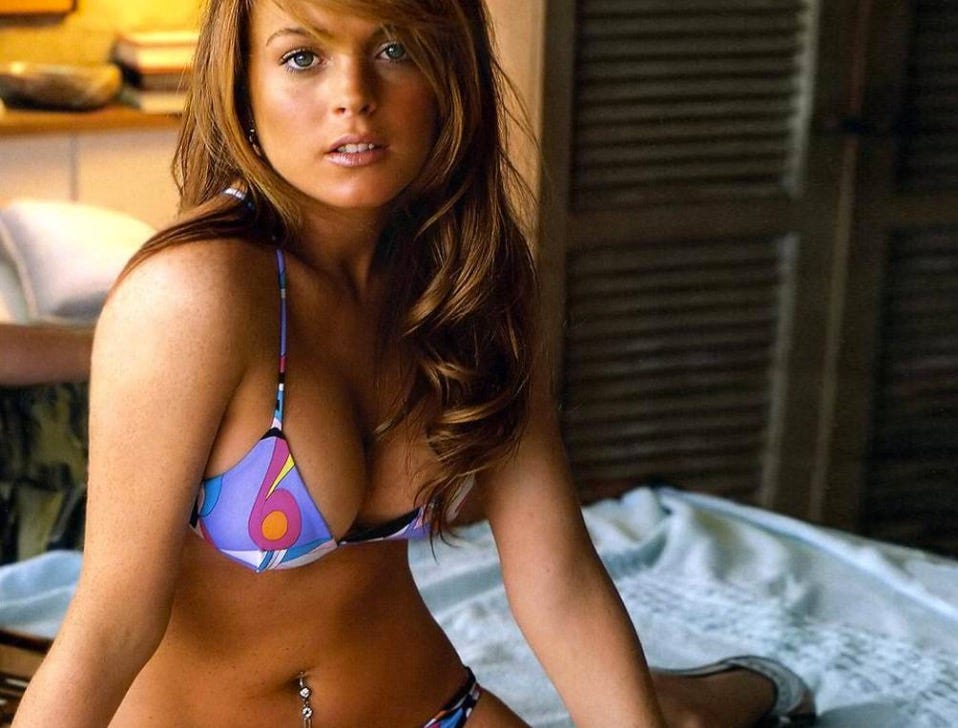 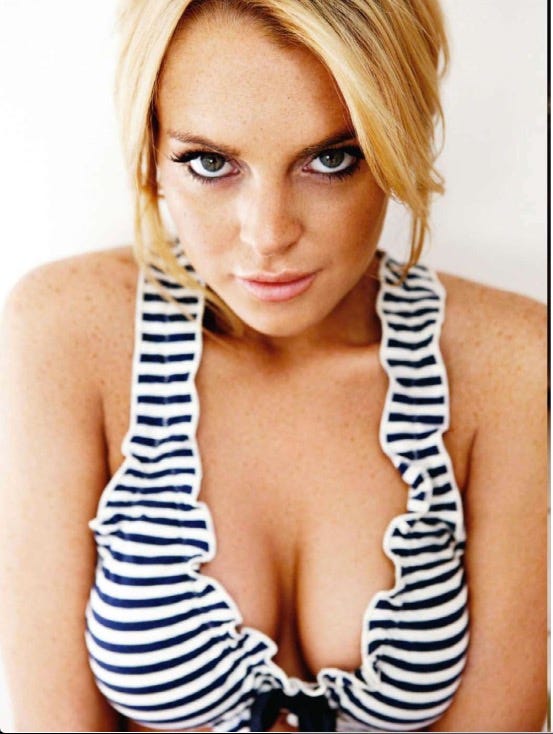 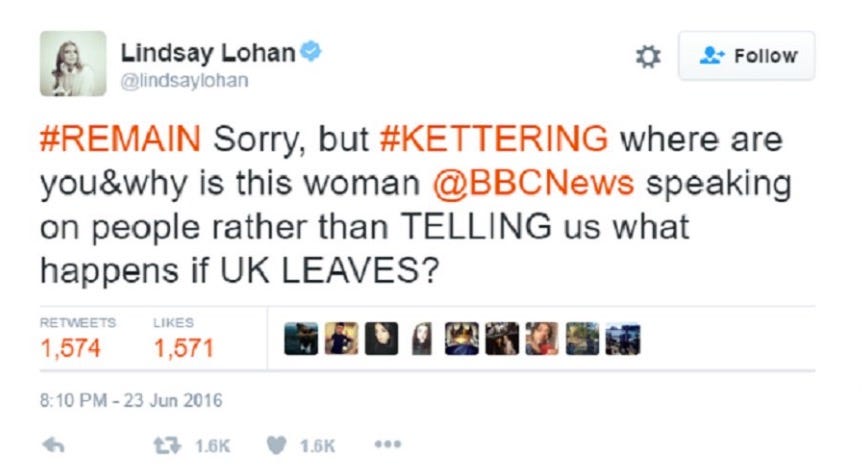 CNBC – Professional celebrity Lindsay Lohan is apparently following the U.K. referendum closely, tweeting Thursday evening about the nation’s decision on whether to remain in the European Union.

Lohan, who acted in “Mean Girls” and “Herbie: Fully Loaded,” implored the Brits among her 9.28 million followers to “#besmart” and vote to remain in the economic bloc.

Been following the news trying to get a complete grasp of #Brexit. Riggs is in London covering it live so I couldn’t get a blog from him. Just scrolling around the internet looking for someone else to break it down for me. Where did I turn? Lindsay Lohan obviously.

Ever wonder what it’s like to do a shit load of cocaine and try to chime in on #Brexit while also being really dumb? Let’s find out. 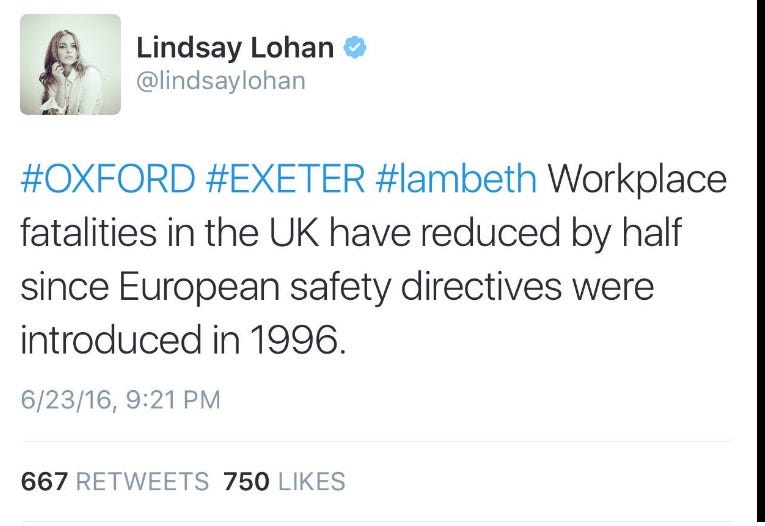 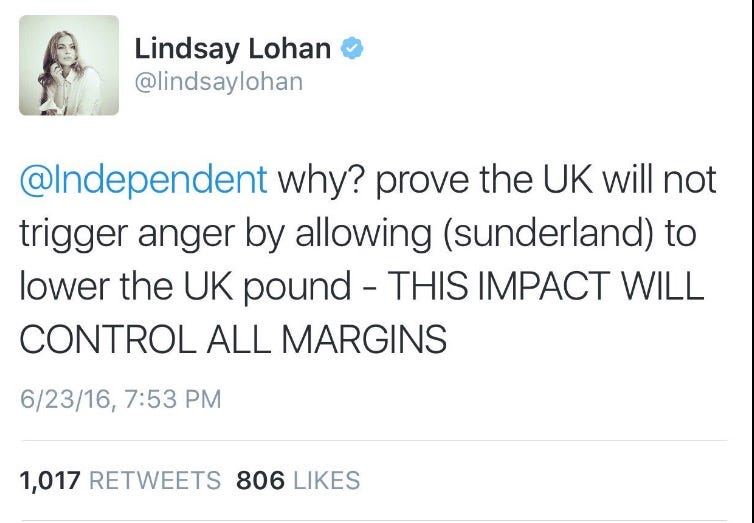 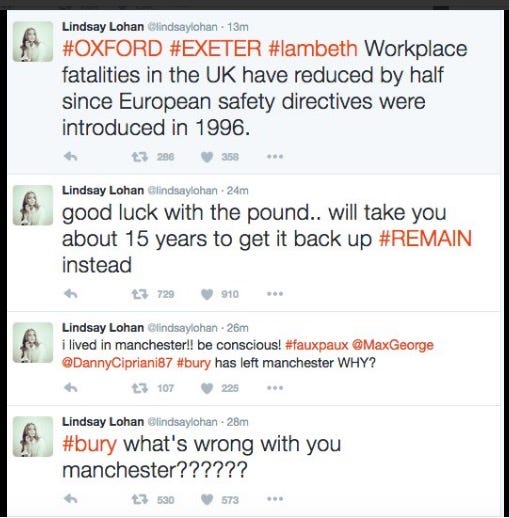 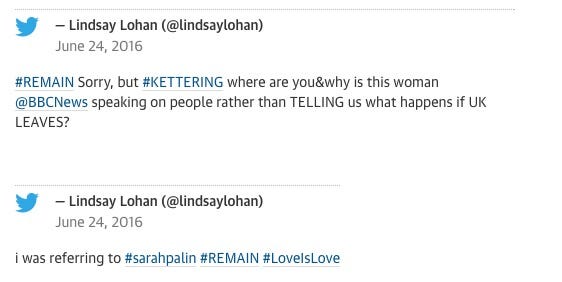 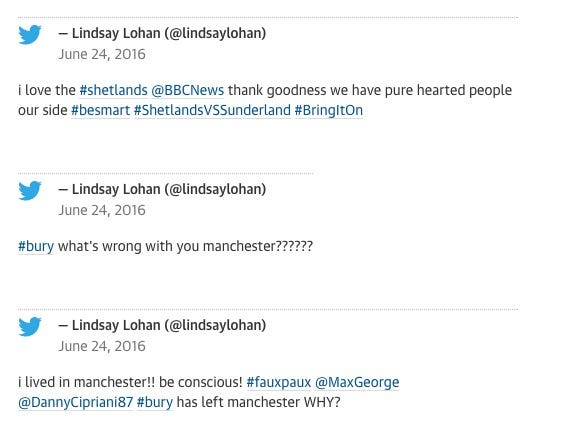 It’s like when you try to chime in on a topic you know nothing about at a party and nothing but verbal diarrhea comes out, except instead of your friend’s apartment it’s for 9.29 Twitter followers.

Unfortunately for any Lohan-followers inspired to vote by her words, British polls closed at 5 p.m. ET (10 p.m. London time) — well before her call to “pay more attention.”