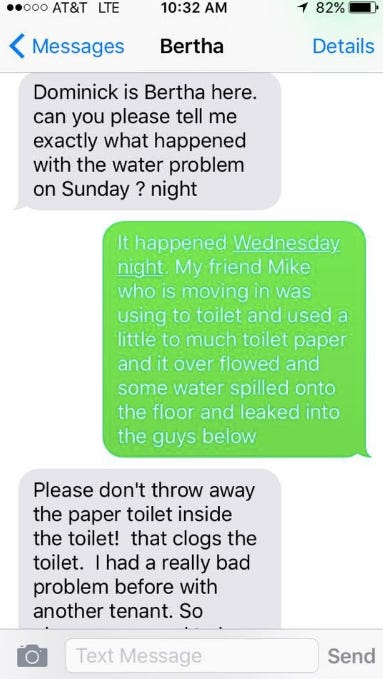 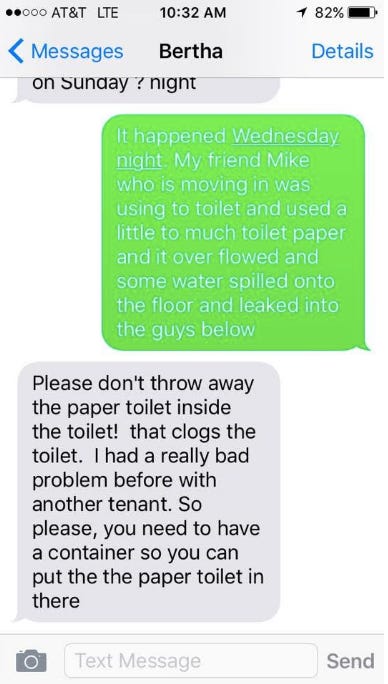 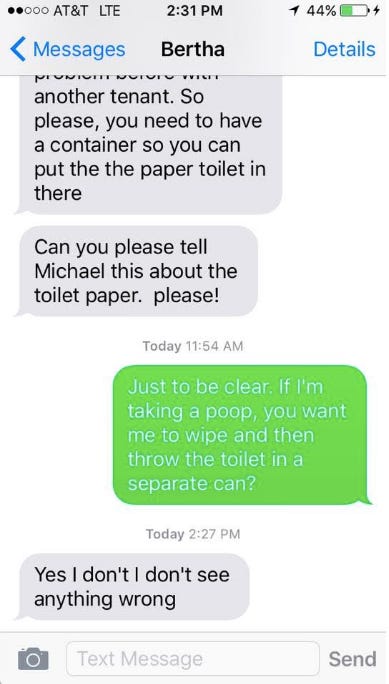 We use hyperbole an awful lot around here, perhaps even too much, but this is legitimately the grossest thing I’ve ever heard. You want these guys to keep a container of shit paper in the bathroom, Bertha? What the fuck? I’ve heard and seen a lot of ridiculous shit from landlords but demanding they turn the apartment into a pig sty is a new one. They’re not flushing maxi pads and ounces of cocaine down the toilet, it’s paper that disintegrates. Don’t think a toilet that can handle that is too much to ask. You’d imagine she’d think to fix that after she “had a really bad problem with another tenant” but I guess asking everyone to keep buckets of shit around the house is an easier road to take.

But the worst part of all this is how in the world do you clean before a girl comes over? That’s going to be a disaster. Some dishes in the sink? You can get away with that. You can hide the clothes on your floor in your closet. But a bunch of poopy paper collected in a canister, like a psychopath, is a pretty tough one to get away with. Feel like girls can’t ignore that one. Try telling a girl, “Hey when you’re done wiping your vagina don’t flush that paper, just put it in that stinky barrel by the toilet,” and see how fast she leaves.

I do love the “just to be clear…” response, however. If anyone ever says “just to be clear…” know that they’re saying “I perfectly understood what you said, but it was beyond moronic and I’m trying to be polite while I give you a chance to reconsider that incredibly fucking dumb thing you said.”