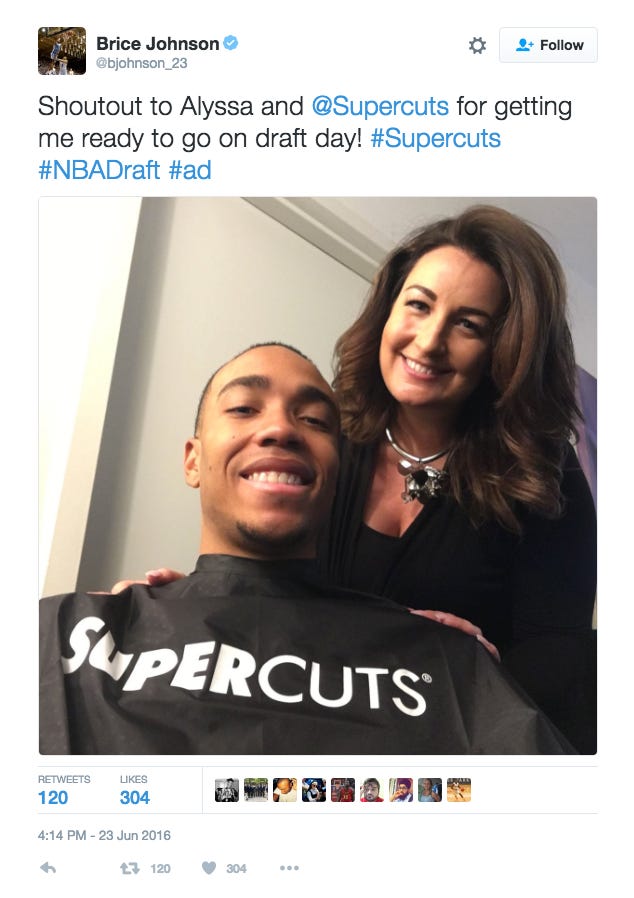 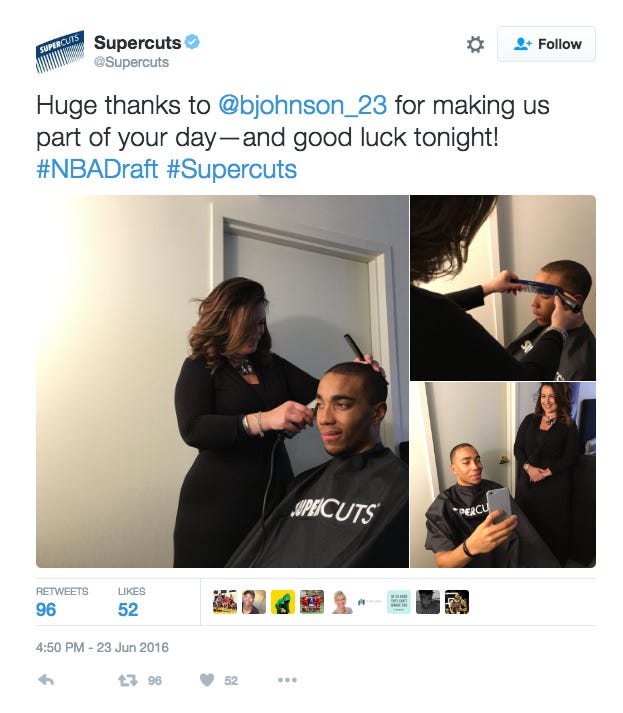 Could Brice Johnson be this NBA Draft’s version of Laremy Tunsil? Sure smoking weed out of a gas mask will give any NFL team pause. But at least Tunsil had the “My social media accounts were clearly hacked” excused. Brice Johnson willingly admitted he went to Supercuts before the biggest night of his life is much worse in my opinion. Is Brice that worried about endorsements and how much guaranteed money he will get in his rookie deal? While other guys in the draft are spending thousands of dollars on their suits, Brice is pinching pennies on his haircut. If Brice walks on stage with a Men’s Wearhouse suit, he might as well just pick which D-League team he wants to go to. I hope Chad Ford accounted for that in his final mock draft.

Now I don’t know much about cutting a black guy’s hair. But I imagine Brice choosing Supercuts over his neighborhood barbershop is probably a bad idea, frowned upon, and just flat-out dumb. Black barbershops look like the most fun places on the planet. Everyone’s busting each others balls and nobody is safe. Name one movie that featured a black barbershop where it didn’t look like an absolute blast. You can’t. Why you would go anywhere else where they could butcher your hair for a Twitter #ad boggles my fucking mind.

Anyway, if I was going to be on national TV on the biggest night of my career, I’m not letting Supercuts go near my hair. And I shave my head. I’m only letting my old trusty Italian barber cut my hair. And if I wasn’t home, you better believe that I’m only going to a barbershop has one of those red, white, and blue spinning thingies outside. Anything less and you should have Decision Making listed in your weaknesses column.

And of course this led to #BlackTwitter teeing off on Brice. 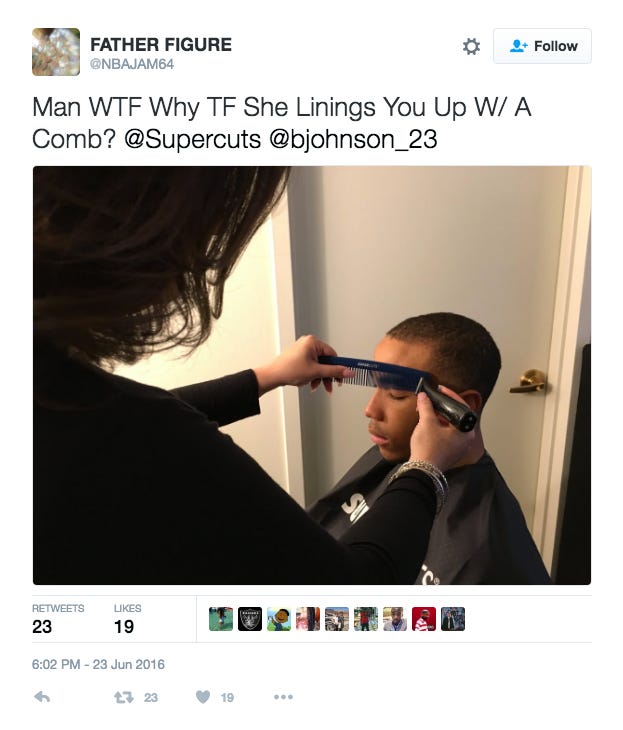 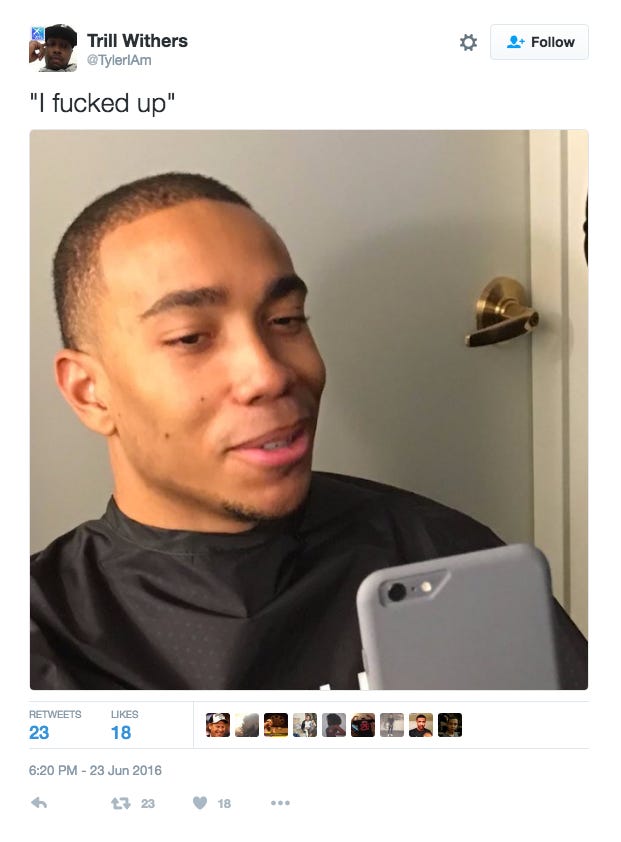 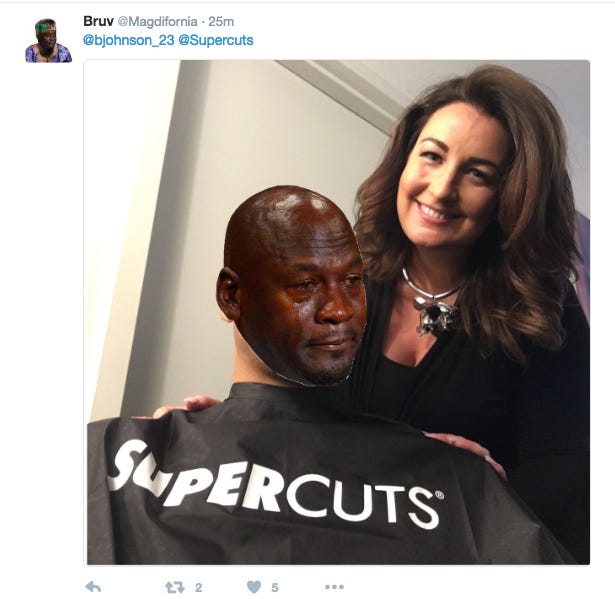 In case you were wondering what Brice’s mentions looked like: