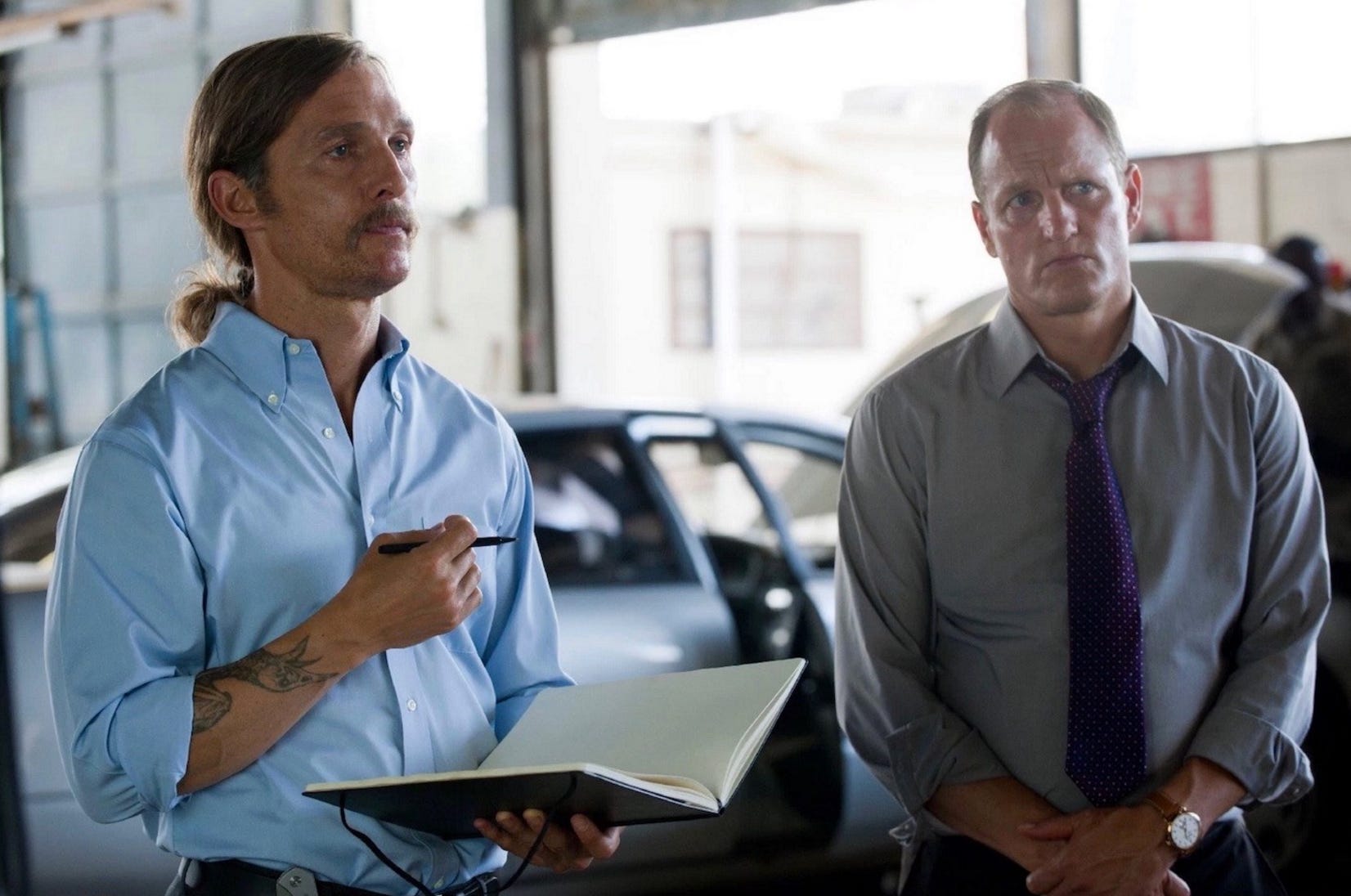 Vanity Fair – If you’ve missed the haunted musings of a certain handlebar-mustachioed homicide detective on HBO, you are not alone. On Wednesday, Matthew McConaugheyconfessed that he too misses his True Detective character and flat-circle prognosticator—so much so that he would consider reprising the role of ol’ Rust. “I miss Rust Cohle, man,” McConaughey admitted on DirecTV’s Rich Eisen Show. “I miss watching him on Sunday nights.” The sentiment is not only shared by first-season True Detective viewers, but by HBO, which dealt with disastrous reviews when the second season of the Nic Pizzolatto-created drama, starring Rachel McAdams, Vince Vaughn, and Colin Farrell, failed to live up to the first. In fact the feedback to the sophomore season was so troubling that HBO reportedly only agreed to grant the show a third season if Pizzolatto changed the way he runs the series. Pizzolatto and HBO are presumably looking for a season-three Hail Mary, and McConaughey hinted that he reached out to his former collaborator to discuss the possibility of returning, despite the show’s anthology format. “It would have to be the right context, the right way,” McConaughey told Eisen. “That thing—when I read [the original script] I knew in 20 minutes if I can play this guy, Rustin Cohle, I’m in.” And why is McConaughey so desperate to get back into the disturbed character, which earned him an Emmy nomination? Apparently exploring Rust brought him a lot of joy . . . strangely. “I was a happy man when I made that for six months, because I was on my own island,” the Oscar winner said. “Luckily my wife put up with me.”This past January, HBO president Michael Lombardo took the blame for pushing Pizzolatto, who wrote every episode of the series, to crank out the second season too quickly. “I set him up to deliver, in a very short time frame, something that became very challenging to deliver,” Lombardo said. That’s not what that show is. He had to reinvent the wheel, so to speak. Find his muse. And so I think that’s what I learned from it. Don’t do that anymore.”

In television and movies, people are often waaaay too proud. Actors are always worried about their reputations and their legacies and what not. They get so offended by being type cast. They get so offended when fans and viewers dont appreciate their range. Directors are probably even worse, always worried about having completely and total control. Doing things their way so that projects come out exactly how they want them so that their image in the public eye is exactly what they want it to be. Its all so dramatic.

So thats why its nice to see McConaughey be like “Fuck it, lets run it back.” So many other actors would be focused on the next project. So many other actors wouldnt want to appear like they were relying on that role. Using it as a crutch. Trying to recapture past success. Not McConaughey. Maybe its because he had this career revival where he broke out of the romcom roles and appreciates the fact that Rust Cohle was a big part of that resurgence. Maybe its because hes a cool ass dude from Texas who doesnt take himself too seriously and is down to give the fans what they want. Maybe its because he just realizes Rust Cohle is a fucking AWESOME character. Whatever the reason is, its great to see Matty Mac give a glimmer of hope that we might get to see Rust again.

And to be honest, I bet this is more than just a glimmer. Ordinarily I’d say there’s no chance Pizzolatto would be down. Primarily because of all the aforementioned reasons. He seems like a writer/director who would seem HELLBENT on proving he wasnt a one trick pony and wants to prove to the world he can do a third season with a new story and new characters and make up for the Season 2 disaster. But now that Season 3 is in doubt and the True Detective series is facing extinction, I think he might swallow his pride. McConaughey wants it, and HBO definitely wants it. As long as Pizzolatto realizes this is his best option to return to the spotlight, I think this might actually happen. Pizzolatto cant be arrogant and stubborn enough to deprive the world of Rust Cohle, can he? I mean, after all, he created Rust Cohle. And by “he” I mean all the writers he plagiarized. But nonetheless Rust is his guy. He needs to swallow his pride and bring him back. Really when you look at it, Nic Pizzolatto is Dan Gilbert. Just bring back Lebron and go win a title. Give up on trying to do it without him and go win a TV title.

PS – Obviously Woody comes out of Marty Hart retirement for this too, right?