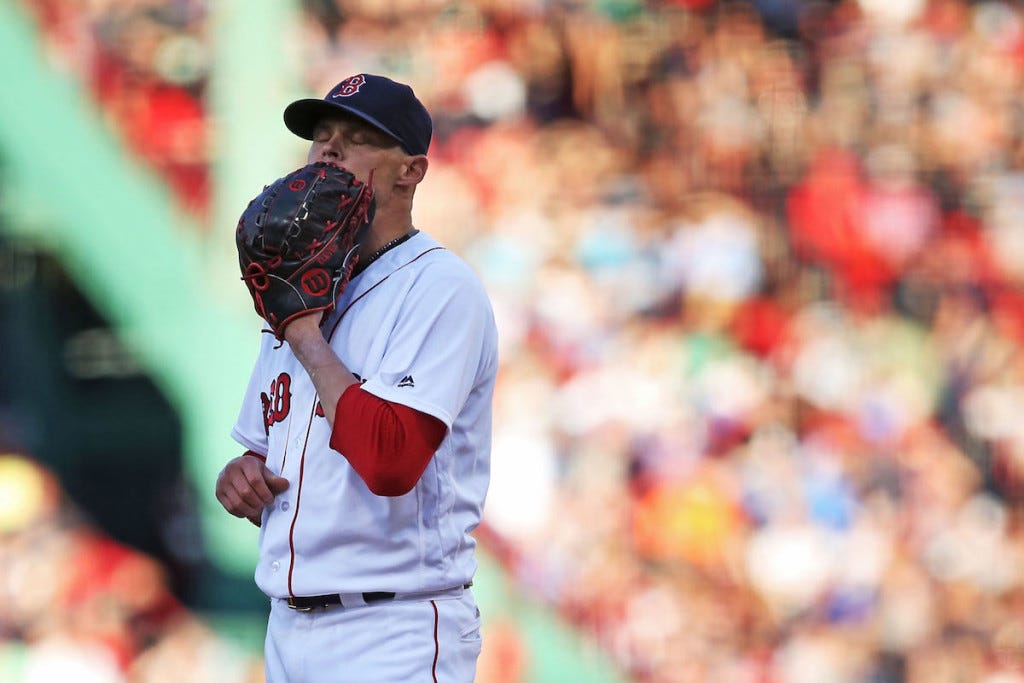 You can tell a lot about a team if you pay attention to how they rebound after a bad loss. After arguably their worst loss of the season, the Red Sox followed that up by scoring one run for their second consecutive game.

The Red Sox June swoon is on in full force, and it’s not that Clay Buchholz cost them the game — he was more just a representation of the way things have been going lately. The first pitch of the game was crushed onto the Mass Pike by Tim Anderson for his first major league home run. The second pitch of the game was launched off the Green Monster by Adam Eaton for a double. Red Sox fans were restless, booing Buchholz two pitches into the game, and deservedly so. But I think that the boos had a lot more to do with how the team has been playing this month, and also how Buchholz has been pitching all year. Both have been awful.

Buchholz only gave up three earned runs over five innings, which was good enough to win on most nights this season, but it was how he gave up the runs. First pitch of the game, see ya. Three innings later, and Todd Frazier put his American League-leading 20th home run into the Monster seats. It’s just the same old shit every time Buchholz takes the mound, and Red Sox fans are tired of it. Not only that, but the fact that the Red Sox were going up against Chris Sale, one of the best pitchers in the American League, didn’t help in regards to fans’ frustrations. You can’t give that guy confidence. That’s exactly what an early lead does, and you could not have given him a quicker lead than on the first pitch.

Not that it’s an excuse for Boston’s lineup. Sure, Sale was probably going to have a solid outing regardless, but they haven’t done jack shit for a while now. Red Sox pitchers have a 3.10 ERA over their last 15 games, and the team is 7-8. If Red Sox pitchers had a 3.10 ERA a month and a half ago, the Red Sox would’ve went 15-0. They averaged 4.4 runs per game over that 15-game span, and they’ve won ONE game since April 29 in which they’ve scored less than five runs, and it was this past Sunday when David Price held the Mariners to one run over 8 innings, and Craig Kimbrel struck out the side in the ninth. That’s it.

For weeks and even months, the Red Sox pitching staff was the culprit. From the start of the season until June 2, the Red Sox had a record of 32-22, and were 22nd out of 30 teams in the MLB in ERA (4.42). Since then, they have a 3.16 ERA, which is fifth best in the MLB, and they’re 7-9. How the fuck does that happen? At some point, the pitching and the offense have to click at the same time, right? Please?

Speaking of offense clicking, I’m close to giving up on Hanley Ramirez. This is the guy who is supposed to be the heir to David Ortiz’s throne? Seriously? We all remember Hanley’s debut with the Red Sox when he hit .293 with 10 home runs and had a .999 OPS in the month of April last year. Well, in the 151 games since that historic month of April, he’s hitting .250 with 14 home runs and a .675 OPS. That’s fucking terrible. Let me throw some names out there of players who have a higher OPS than your future designated hitter since the start of May 2015 — Jacoby Ellsbury (.677), Brock Holt (.693), Jose Reyes (.706), Logan Morrison (.709), and Juan Uribe (.719). Yeah, let’s start mapping out that offer to Edwin Encarnacion now and get a head start.

Things are shitty right now; there’s no sugarcoating that. But it’s not time to panic, and I’ll tell you why. I’ve been saying since April that the American League is the land of mediocrity. Here we are, almost a week away from July, and that’s still the case. The Red Sox have had their troubles with the Blue Jays and the Orioles, but the Blue Jays and the Orioles have been having their troubles with everybody else recently. Sure, the Red Sox have lost the first two games of a four-game series against the shitty White Sox, but the Blue Jays have lost three straight and the Orioles have lost two straight. Think about it — the Red Sox have lost 11 of their last 18 games, and 14 of their last 24, and the furthest back of first place that they’ve been over that span is a game and a half, which lasted for a whole 24 hours, and the Blue Jays haven’t passed them once.

Nobody’s running away with the American League East. It’s a three-team race. For now. That is, until a winner emerges from the trade deadline, and then we’ll see how things pan out from there. I wouldn’t expect either of those three teams to stand pat, and the moves that are made — or even not made — will determine who comes out on top of this division.