After OPD Officers escorted Westboro protesters off the funeral scene, here’s what the crowd did: #OrlandoUnited pic.twitter.com/eQdKjDqrGT

“Angels” in Orlando use their wings to block antigay protesters https://t.co/DT6Kmc46Cd 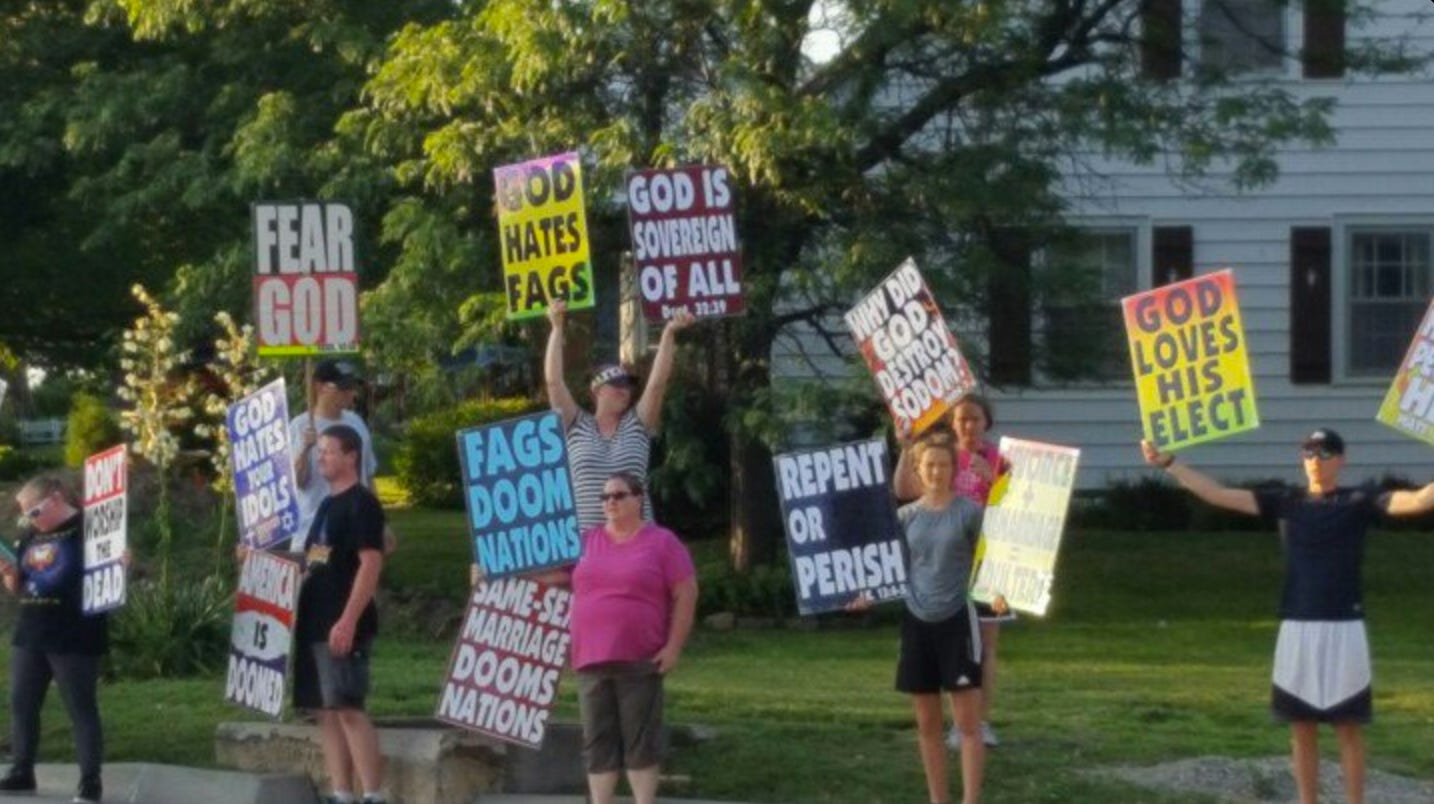 NBC News — As thousands gathered in Orlando, Florida, on Saturday to mourn the death of Christopher Andrew Leinonen, who was killed last weekend during the worst mass shooting in modern history, a handful of protesters from Westboro Baptist Church were among them.

But their incendiary, anti-gay signs were met by counter-protesters who’ve made a tradition of blocking them out with a powerful symbol: angel wings.

Not much commentary needed here. Good always trumps evil. Good always trumps deranged lunatics. For every psychopathic scumbag out there, there are thousands and thousands of just genuinely good people ready to combat them. In this instance, hundreds of them came out this weekend — many dressed as angels — to help Christopher Andrew Leinonen’s loved ones mourn in peace. Great stuff from this crew continuing to help the Orlando community through this awful ordeal.