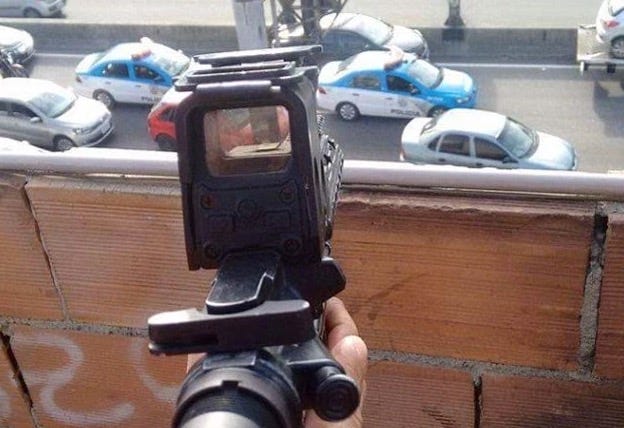 Daily Mail – A shooter takes aim at a line of unsuspecting cars filing along the main road into Rio de Janeiro in a scene that should terrify every athlete and visitor to the Olympics this summer.

The road is the Red Line, Rio’s main highway and the only route into Brazil’s Olympic city along which will every sports fan, athletics delegation and foreign dignitary will travel to get to the mega-event.

The 13-mile express way runs from Rio’s international airport into the city, and is in the most part lined with sprawling favela shanty towns which are dangerous no-go zones controlled by heavily-armed drugs gangs.

With just seven weeks to go before the Olympic party kicks off, the image – posted by bragging bandits on social media yesterday – shows that, despite promises to clean up the city’s crime-ridden slums, gangsters appear to be still firmly in control.

Experts expressed amazement at how the gangs could get hold of what appears to be an AR-15 gun, complete with a state-of-the-art holographic sight, which even the Brazilian army don’t possess.

Most alarmingly, though, with the favelas out of bounds, even for the police, the shooter and his powerful weapon may still be there when VIPs and sports stars start arriving for the Games.

Doing PR for Rio has got to be the worst job in the world at this point right? I mean there’s no chance every single person associated with hyping up the city for the Olympics hasn’t packed their shit and quit? Just an absolute nightmare. Seriously read that Daily Mail article. Basically every person who ever steps foot in Rio gets shot in the head, and I’m only slightly exaggerating. Because this gang member casually posting up on the overpass with an AR-15 and opening fire wasn’t just some planned out attack, apparently it’s like a weekly occurrence. 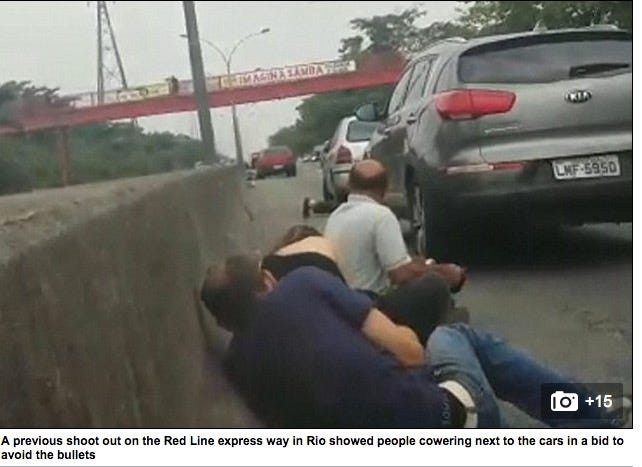 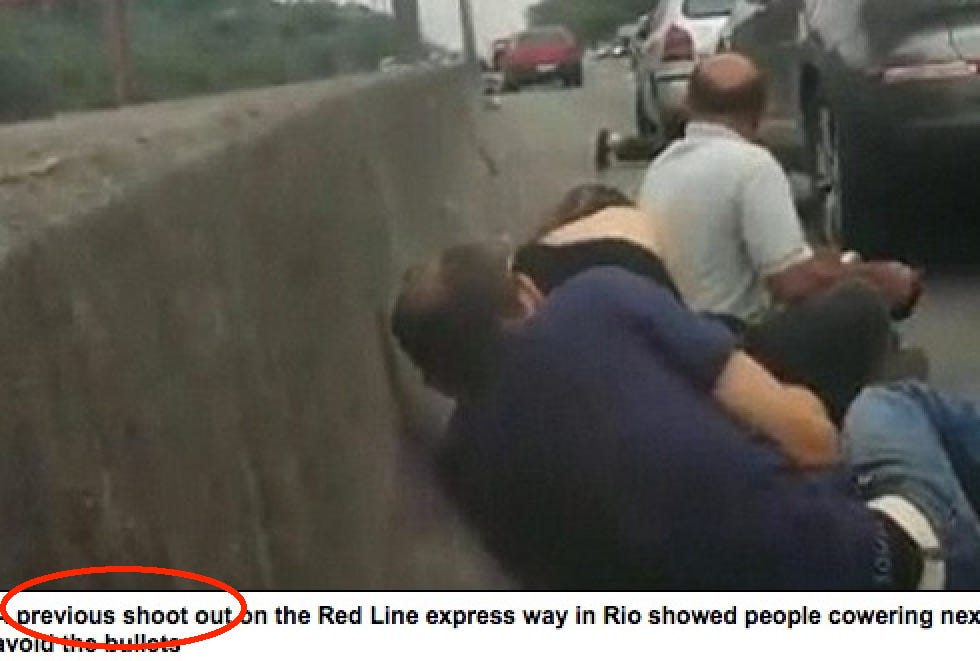 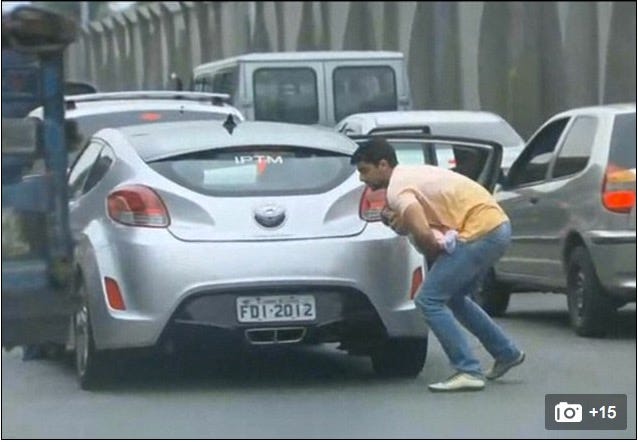 So let’s lay out what we know about Rio. One, it’s literally the epicenter of the ZIKA virus. Direct quote. Two, the main road you have to take into the city is lined with gang members firing assault rifles at your face. Three…wait do I have to keep going? Why the fuck are we even sending anyone to this place? America doesn’t have to prove shit to anyone. I’m confident enough in our sports dominance to not have all our athletes get Guillain-Barré and produce children with miniature heads and brains.