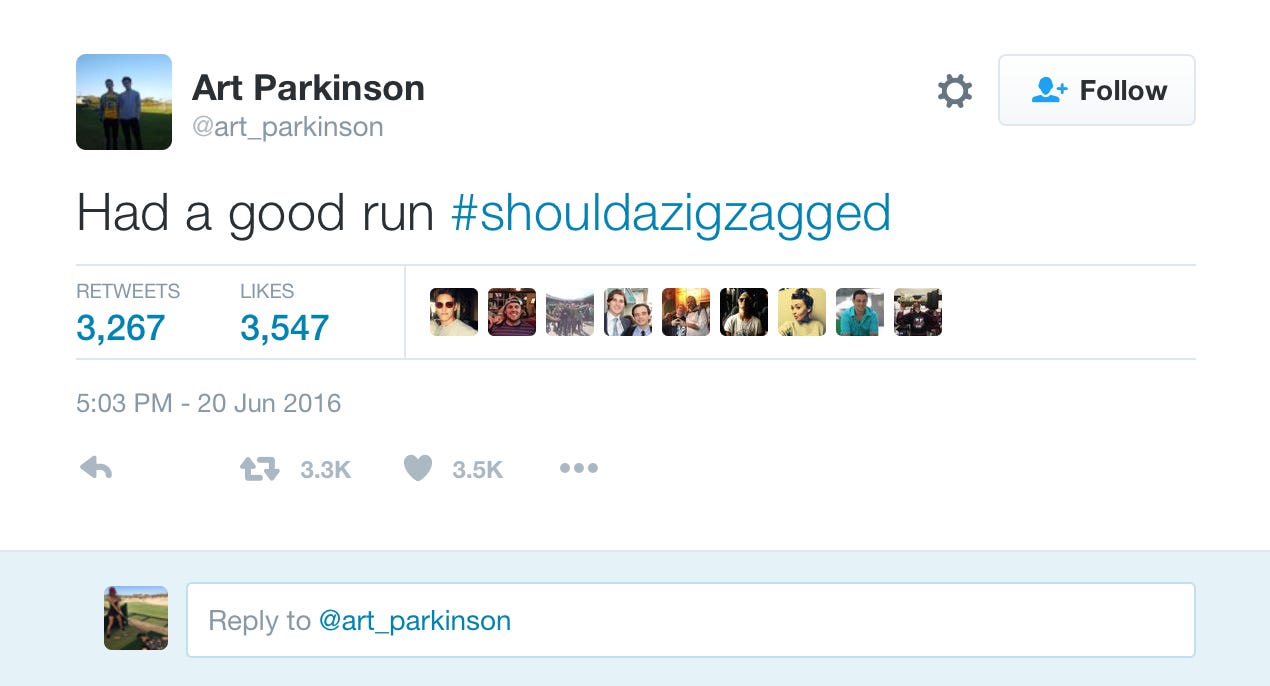 Yeah dude NO SHIT! KFC covered this in his Game of Thrones blog yesterday and he couldn’t have been more correct. The fact that Rickon Stark ran in a straight line while Ramsay was flipping arrows at him was the most ridiculous thing maybe in the history of television. So ridiculous that even the kid who played Rickon took to Twitter and admitted he should’ve zig zagged. It was honestly so ridiculous that I haven’t stopped thinking about it since it happened. Yes it was a great episode of Game of Thrones and it’s probably stupid to get caught up in a stupid little thing like this blah blah blah but it’s actually that insane. Literally do anything other than what he did. Head fake. Barrel roll. Maybe even run towards Ramsay just to confuse the fuck outta him. Anything. I’ve decided that the best course of action would’ve been to back pedal, watch the arrows and dodge them. It was really that easy.

Oh, and fuck everybody saying “You’re so dumb, Trent. You’re overthinking it. Ramsay would’ve just unleashed his hounds if Rickon had zig zagged or back pedaled.” GTFO. You think I’m overthinking it yet you think you can get inside the mind of Ramsay Bolton? Nah man. If Rickon back pedals to Jon Snow he’s still breathing today. Fact.