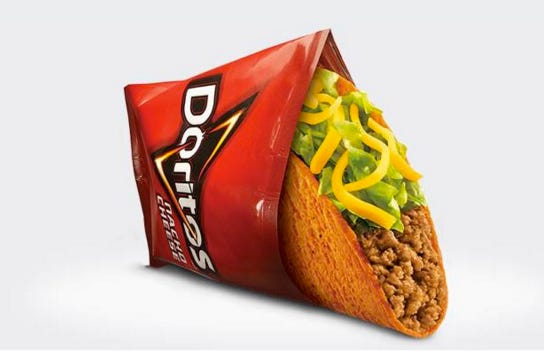 Fox 5 - Taco Bell is offering everyone a free taco on Tuesday as part of its “Steal a Game, Steal a Taco” promotion. Because the Golden State Warriors “stole” game 4 and won on the road, the fast food chain is offering a free Doritos Locos taco to everyone in America. You can pick up your free taco at any U.S. Taco Bell location June 21 from 2-6 p.m.

Voting. Jury Duty. Spreading news about free tacos. Those are the civic duties of every red blooded American. When you’re born into the stars and stripes, you assume certain responsibilities to your country. And so that’s why I’m here. To tell you, the good people of the Internet, that today is free taco day at Taco Bell. And we apparently have the Golden State Warriors to thank for it? Because they “stole” game 4 on the road. Sure. They are the team that “stole” road games in the NBA finals, whatever floats Taco Bell’s boat. I’m not here to argue with them about the logistics of it, I’m just here to tell the millions…and million that you can grab yourself a delicious Locos taco today. Rock, flag and Eagle baby.