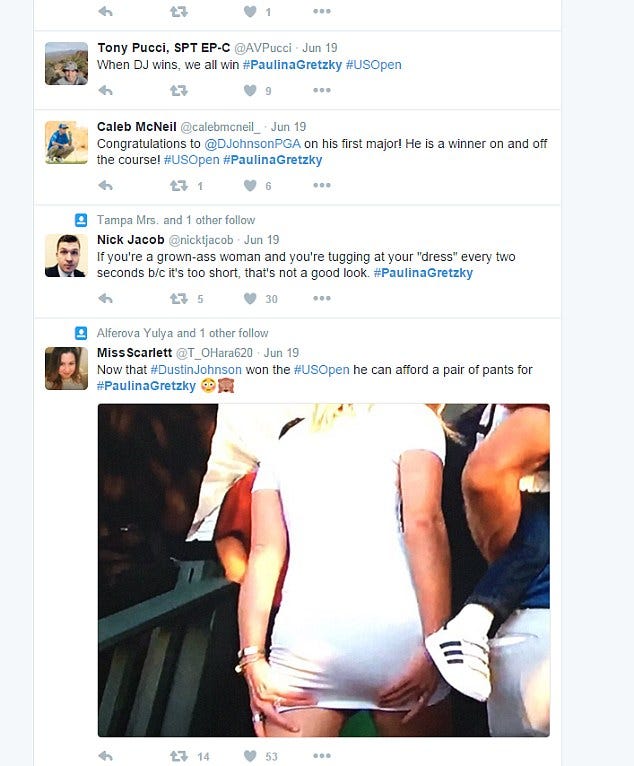 Daily Mail – As she walked up the steps after Johnson had worn the tournament the cameraman’s gaze lingered for just a fraction too long on Miss Gretzky’s posterior. Cue Twitter meltdown, with the usual division between feminists, male chauvinist pigs and those somewhere in between. Jennifer Kling tweeted: ‘You know a man is in charge if camera following #PaulinaGretzky @DJohnsonPGA up the damn stairs.’ Ritchie Keister mischievously tweeted: ‘Whos more p***ed off right now – wayne gretzky or the cameramans wife? #paulinagretzky’

I love how backwards the world of feminism can be. How wrong they can be. How the reaction between men and women can be so radically different. I mean compare those tweets to the top comment on Barstool:

The first thought that went through every guy’s mind as DJ and Paulina walked up those steps was “Fantastic job, cameraman.” I bet that cameraman and producer got a raise right on the spot. The head of Fox probably called into the broadcast truck right away with promotions for both of them. Thats the kinda shot that puts asses in the seats. The kinda shit that max a Fox broadcast go viral. Cameramen basically live for that shot. Paulina Gretzky wearing her husband’s Polo shirt as a dress pulling it down desperately trying to avoid showing the world her Britney is a cameraman’s Super Bowl. Everyone at Fox probably high fived and popped champagne and the feminists out here are probably calling for him to be fired. So backwards. So dumb. Be more wrong about camera work at a sporting event, you can’t! 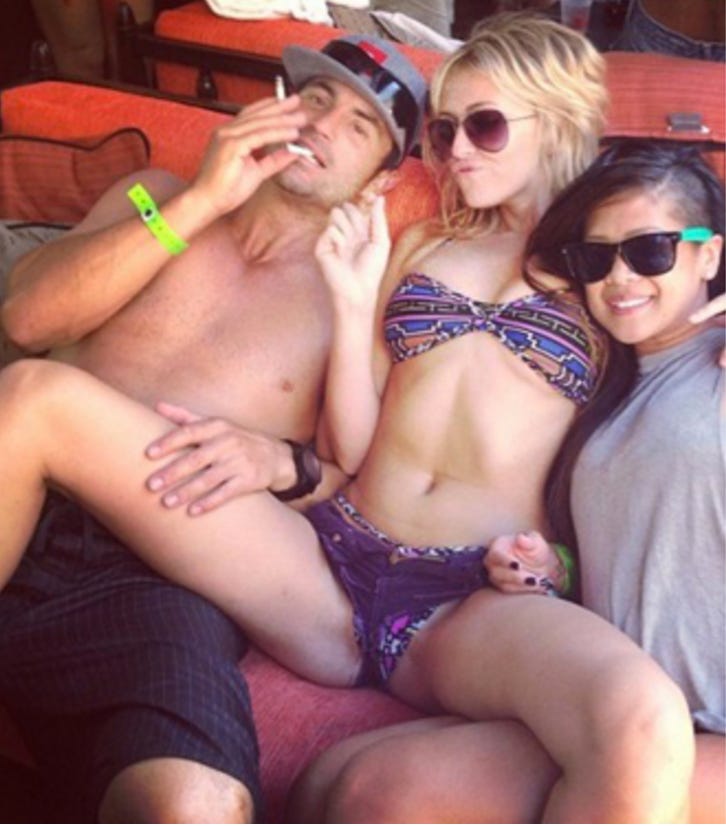 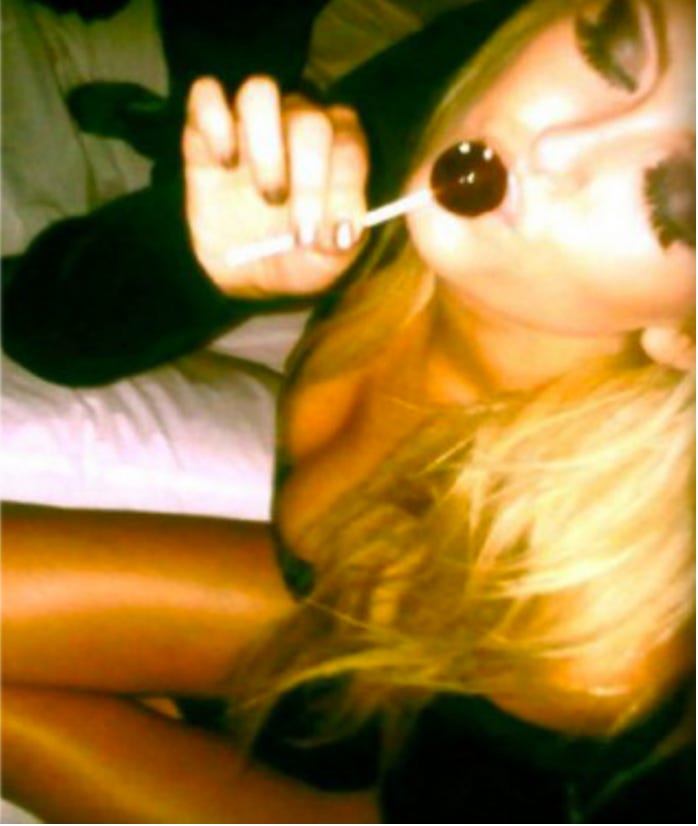 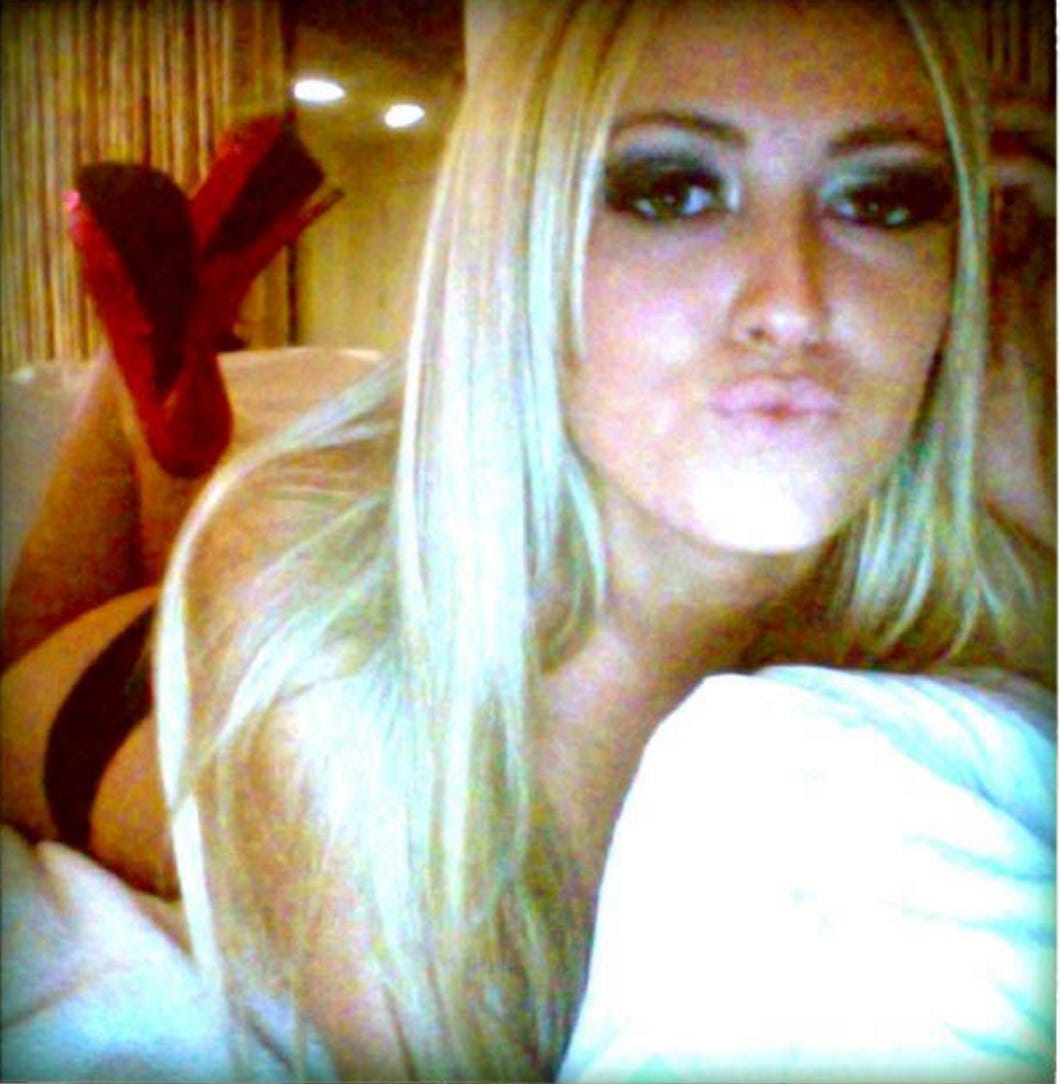 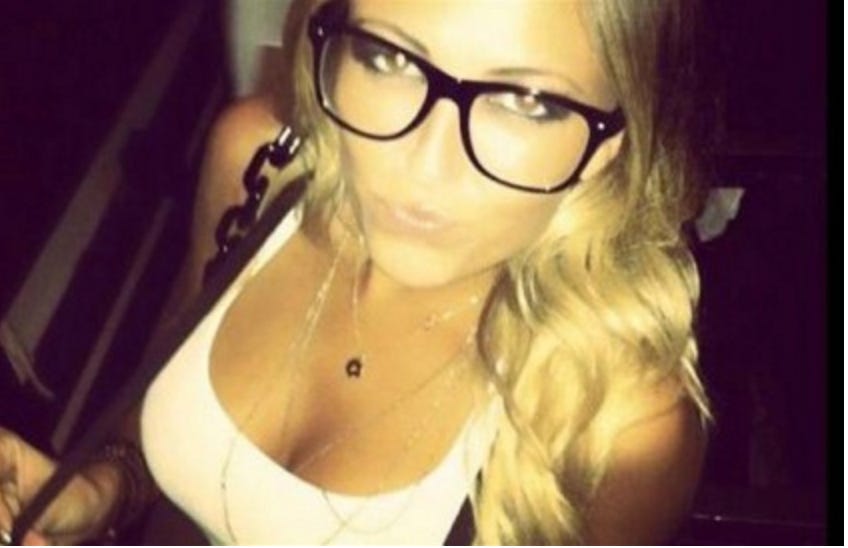 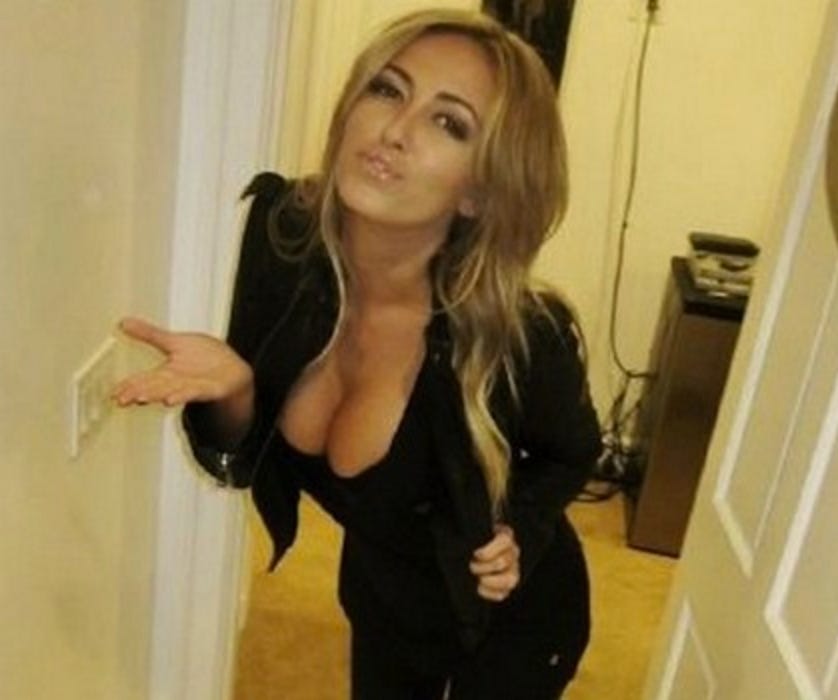 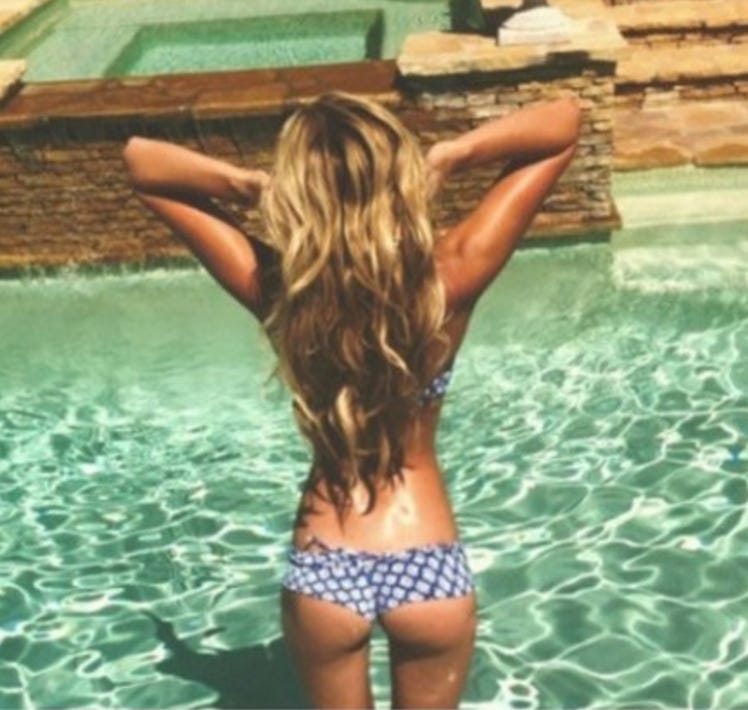 The name of the game for Paulina is filters and angles. Accentuate the tits. Disguise the ass a little bit. Blur that face up a little bit. And just present an overall appearance of a sexy blonde.

2) The thought of her being an absolute DRAGON in the sack adds to her allure.

So no, I dont think she’s a truly gorgeous girl or a classic beauty or anything like that. But I do think her sex appeal is through the goddam roof. So when she’s trying to keep her pussy at bay underneath her preposterous white dress, we’re gonna get excited. I’m not saying shes gonna win Miss America, but she’ll make my dick move 100 times out of 100.