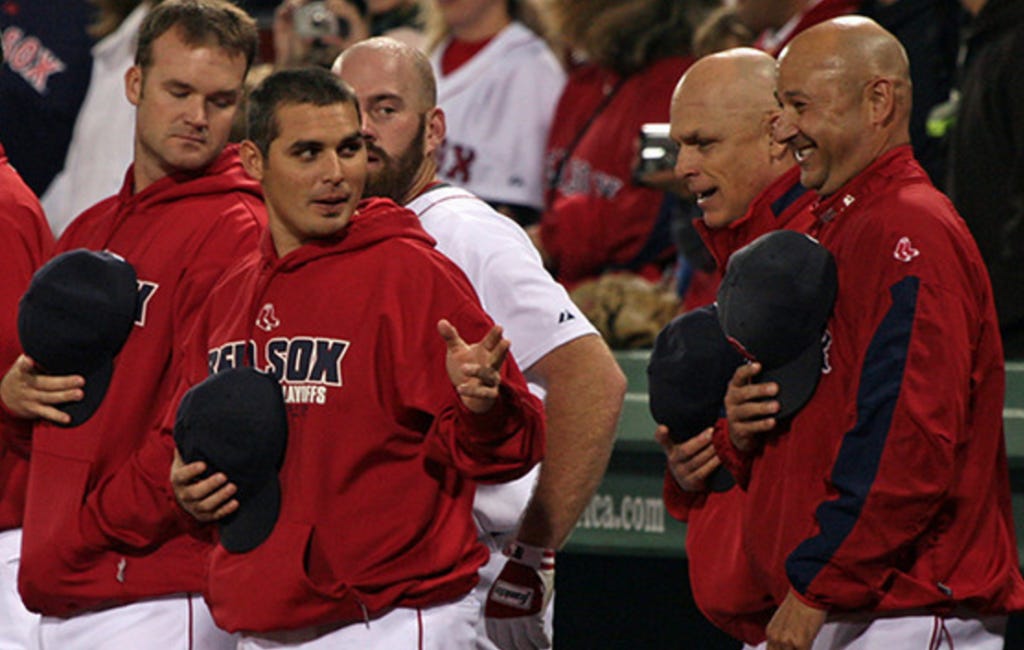 This is great. Kevin Cash, who currently is the manager of the Tampa Bay Rays, coached alongside Terry Francona in Cleveland as the Indians’ bullpen coach in 2013 and 2014, and also played under Francona in Boston in 2007 and 2008, and then again in 2010, which was Cash’s incredibly memorable final season at the major league level. So memorable, in fact, that Francona did the right thing by having the Indians pay tribute to one of the greatest backup catchers in the history of the game. Kevin Cash, there will never be another.