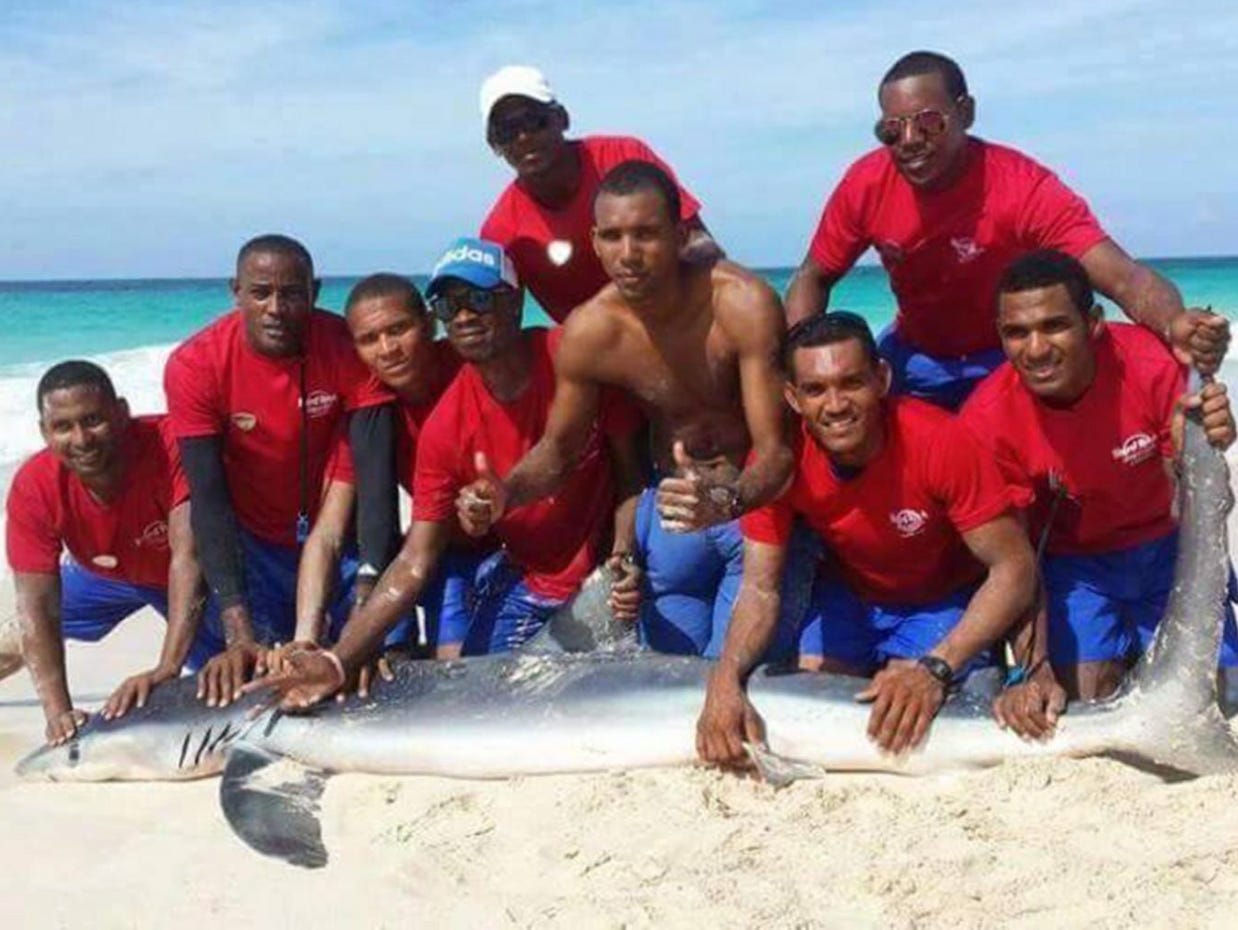 Independent- A shark has died after a group of tourists dragged it out of the water to take photographs with it. In a video posted online recorded in the Dominican Republic, a group of men race into the water before pulling it onto the beach with ropes. Some of the people were reportedly lifeguards from the nearby Hard Rock Hotel & Casino in Punta Cana. The shark then appears to become tangled in the ropes of a life ring and thrashes violently. Lifeguards then appear to put a life ring over the sharks’s head and prod it with a plank of wood. Pictures posted on social media show a number of Hard Rock Hotel staff smiling as they lean over the dying shark.

Gee I wonder why sharks take a bite out of a human every chance they get. It could be because they’re meat eaters and it’s printed on their DNA to eat big fleshy things that swim in front of them. OR it could be payback for times like this when dumbass humans rip a shark outta the ocean so they can get hella Likes on their sweet Instagram pics. I’m going with the latter because I’m convinced that animals communicate when shit like this happens. Call me crazy but it’s true. There’s a wildlife phone tree. Just like we saw animal attacks go up ten fold after Harambe took hot lead to the face in Cincinnati. If humans can gossip then so can animals. And the word around the water cooler at the ocean floor today is about the humans who snatched their buddy outta the water and took selfies with it. Guaranteed. Just watch. Limbs are gonna start getting bit off at an alarming rate cause of this.

PS- Who caught the shark? How is that even possible? Those people are dicks but that’s pretty impressive.