It’s over, it’s all over. As someone who has hated Lebron for a long time now, hated the Decision, hated the fact that he punked the Bulls year in and year out, hated that he was crowned the next Jordan before he won anything, hated his subtweets and the fact that he treated his coaches and teammates like shit, it’s done. Fin, over, ended. Hating Lebron James’ basketball career in any way at this point just makes you look like a petty sore loser. You can still think he’s corny and lame (I do), or that the Decision was the worst decision of all time (I do) but he’s untouchable when it comes to his basketball career. It’s not just that he delivered, it’s the way he delivered.
If you could poke any hole before last night it was that Lebron lacked that “fuck you” edge, that mentality where he took things personal, where his competitive drive dipped into the Michael Jordan psychopath level, where he stopped giving press conferences after losses saying “it’s only basketball”. Well it happened. Just look at the way this series went. Lebron was called a bitch, he was ridiculed and laughed at, the Warriors looked like they would roll to a second straight title, Klay Thompson said he was being a baby for taking things personal and then that’s exactly what he did. He took everything personal. He took all the Warriors love personal. He took the Steph Curry is the best player in the world personal.

It hurts, I want nothing more than to make fun of Lebron and continue hating him as much as I have in the past. It was fun to hate Lebon. It was fun to talk about how much better Michael Jordan was. I enjoyed that aspect of being a fan of an opposing team. But all of that is over. You can’t just blindly call the guy out anymore for anything other than a few lame tweets or quotes, there are no holes left to be poked on the basketball court. You can root against him (I’ll still do this) but if you try to say he’s anything less than a Top 3 player of all time with years left in the tank to reach the top, you’re just being an ignorant person. We had a good run, but even Lebron knows it, wearing his kermit sipping tea hat in all of our faces. 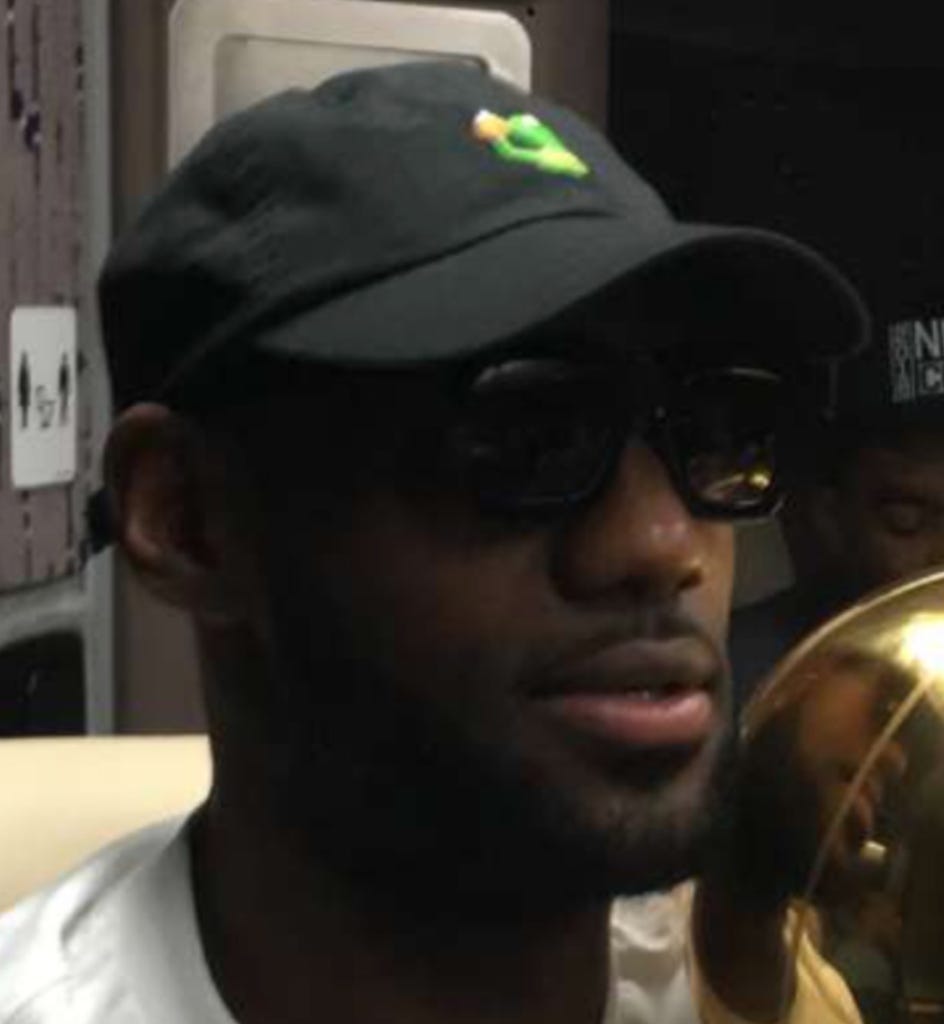 We got punked, all of us, time to man up and admit it. I’m here to face the music. This blog sucked writing but it had to be done. You can’t hate on a guy for as long as I did and then hide when he reaches his absolute apex, that would make me a front running loser, a title I and many others put on Lebron over the years. It’s over, hating Lebron as we once did is over. Lebron was and is incredible. It’s over.