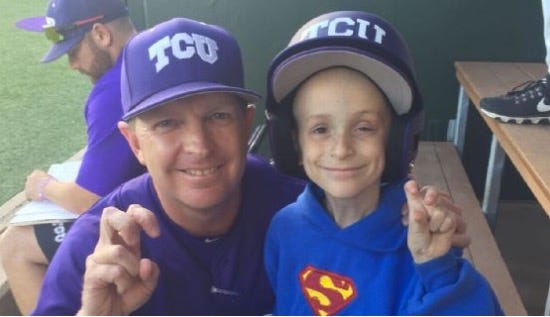 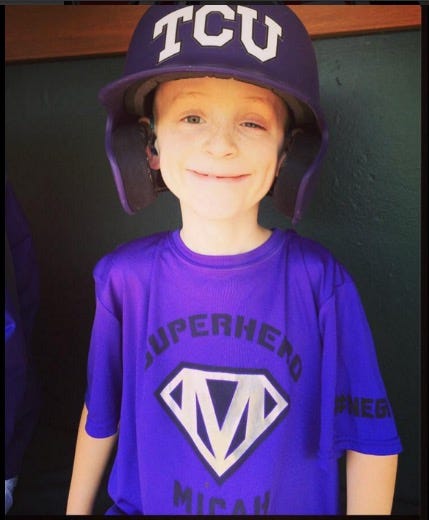 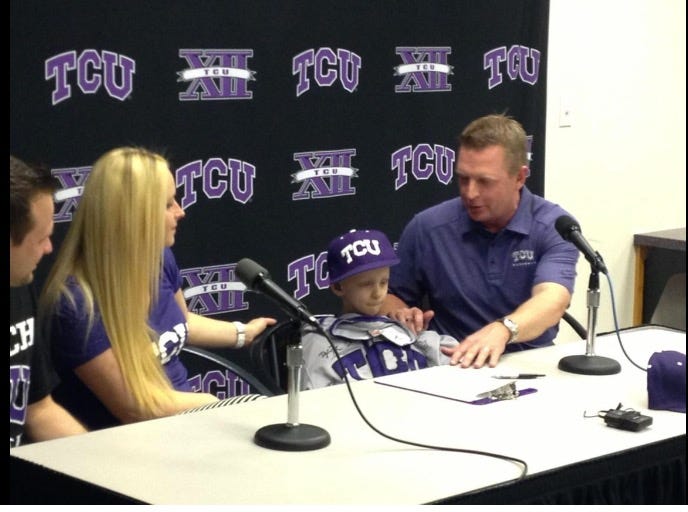 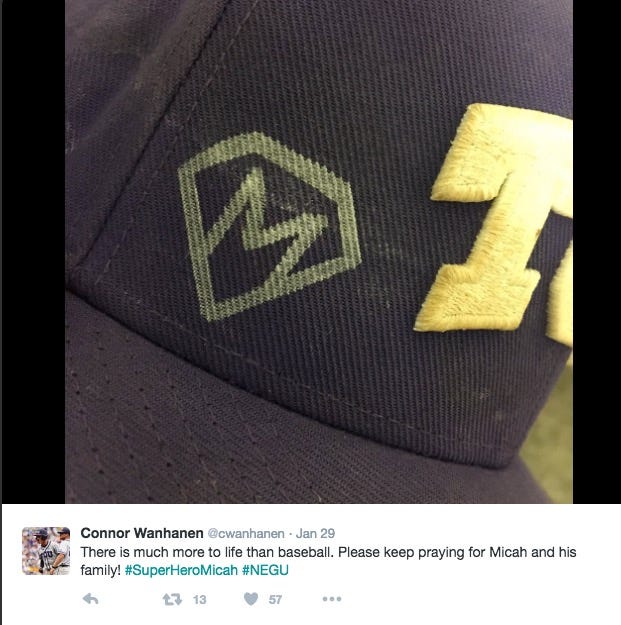 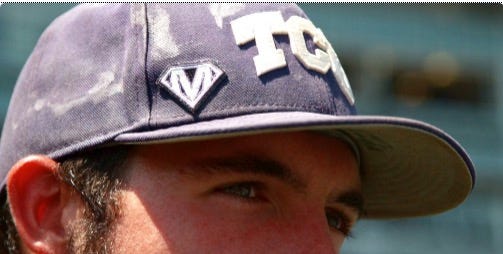 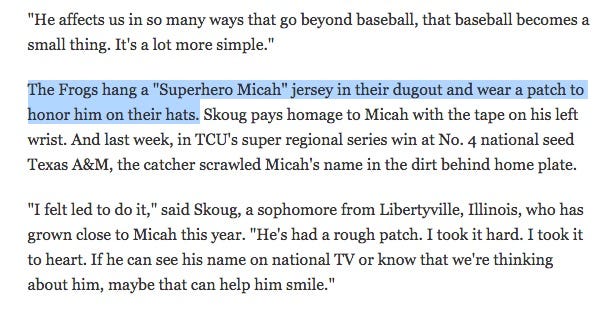 …then you get a pass. You can go ahead and root for your own school I guess. But if you’re a College World Series fan free agent like me then there’s really no excuse not to pull for the TCU guys and Superhero Micah.

OMAHA, Neb. — A locker in the clubhouse at TCU’s Lupton Stadium belongs to 7-year-old Micah Ahern. When he made it to the park over the past three seasons, between innumerable doctor visits and stays at Cook Children’s Medical Center in Fort Worth, Texas, Micah dressed in his Horned Frogs’ gear. He grabbed a snack or a Gatorade and sat in the dugout alongside his teammates.

“Assuming he’s not going to have that opportunity in the future,” Micah’s mother, Linda, said Friday, “he’s living out his dream now.”

Less than two weeks ago, Linda posted on Facebook that Micah’s cancer had progressed. After more than 10 operations and years of attempts to control the disease, he discontinued antibody treatment and chemotherapy to enjoy “his remaining days with his family” before entering hospice soon.

He’s been around the team for 3 years now, but unfortunately his cancer is past the point of treatment. TCU responded with a Superhero Micah shirt hanging in the dugout and awesome patches on their hats.

Micah was originally matched with TCU in 2013 through Team IMPACT. The organization pairs children who face chronic and life-threatening illnesses with college programs. Schlossnagle said he heard of the possibility while in Japan that summer as a coach for Team USA.

“Getting to know him has been such a blessing for me,” TCU catcher Evan Skoug said. “He’s taught me so much. He’s the strongest little guy I’ve ever met. They say that God gives his toughest battles to his strongest soldiers. It’s true.

“Seeing him come to the ballpark, it’s nothing but pure joy, no matter what he’s going through off the field. He teaches us something every time we see him.”

Linda said the TCU players and coaches have provided “a lot more meaning” to Micah’s life.

“What Coach Schlossnagle has done for Micah,” she said, “is give him another piece to his life that has nothing to do with cancer and everything to do with living like a normal little boy, which is something Micah never gets to do.

“It’s not only about cancer and pain and the hospital. This is something for him to look forward to. They are men of integrity. They care about Micah.”