The Warriors lost, Steph Curry had his game 6 meltdown, Lebron re-asserted himself as the owner of the NBA, Ayesha Curry lost her spot as head of #FamilyGoals and had her own Game 6 meltdown, Steph released some awful sneakers that the whole world made fun of, and now this. Dell getting viciously pump faked with the dab right after Game 7. Never saw it coming. Just a blur of emotion after a brutal loss and then bam, this kid coming in from the clouds to make him look like a God damn sucker. I despised the Warriors by the end of this series and even I think this was too far. And you can tell it got to Dell, he had that look back like “man I wish I could kick your motherfucking ass right now”. This one. 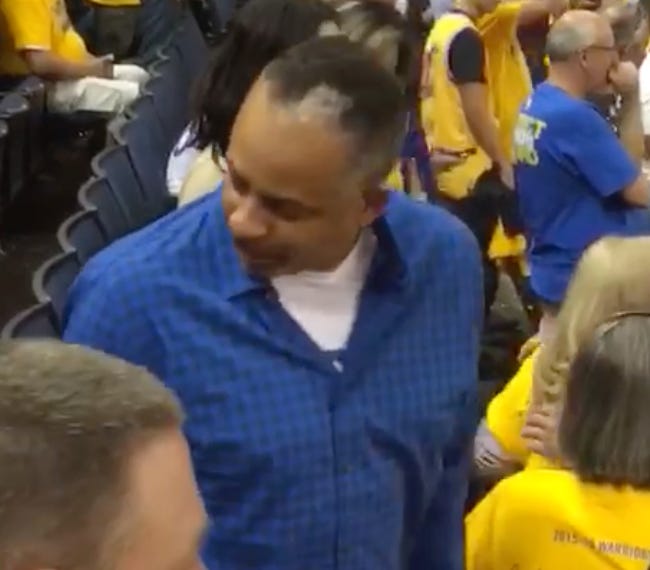 No one took more L’s in this series than the Currys. No one. In case you missed it last night, the vine to sum it all up.