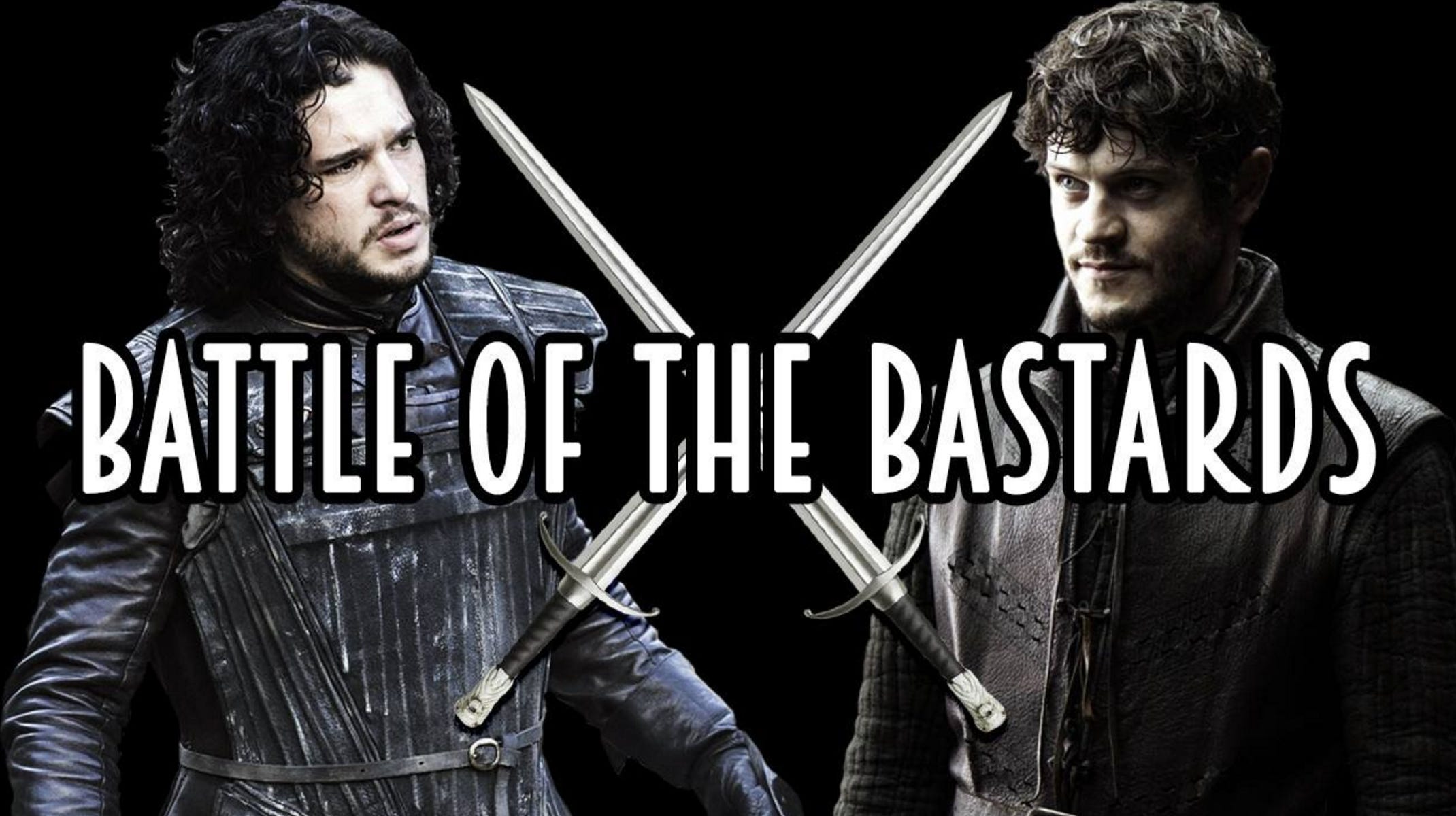 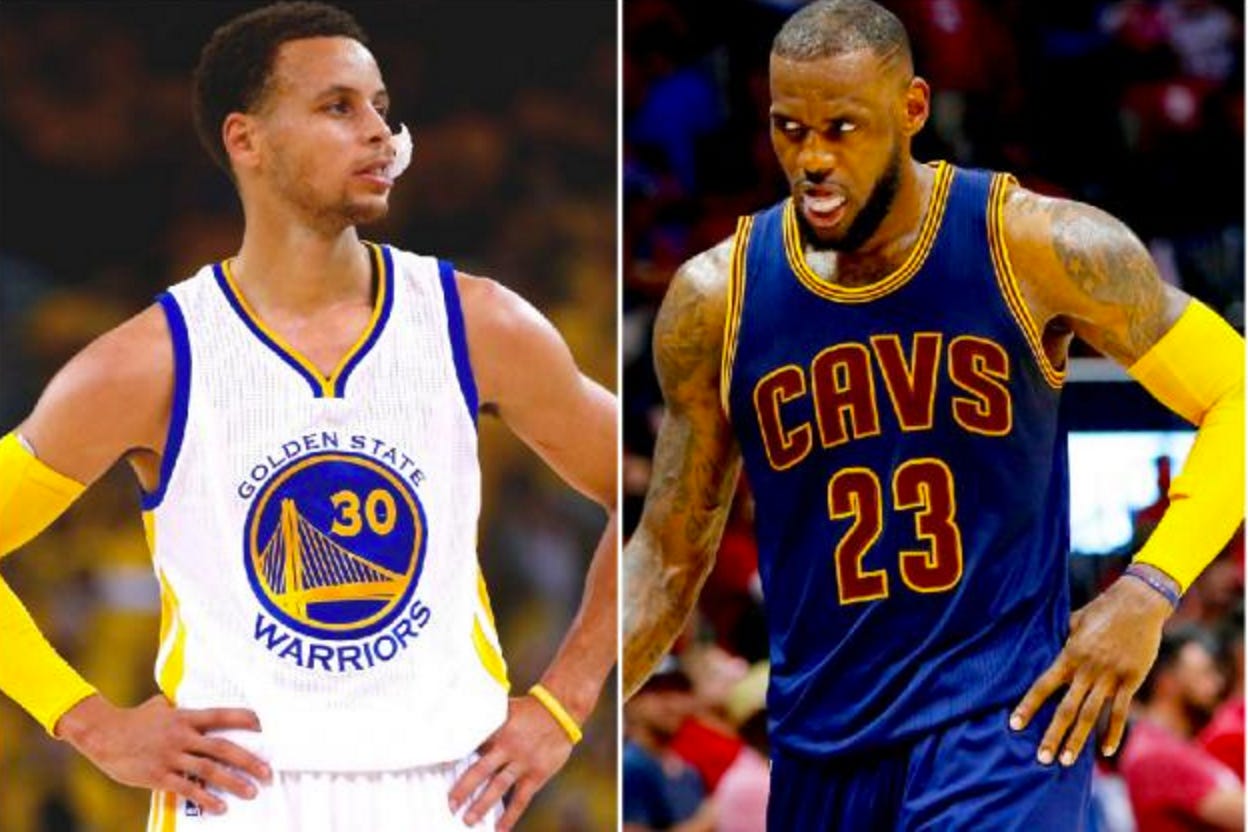 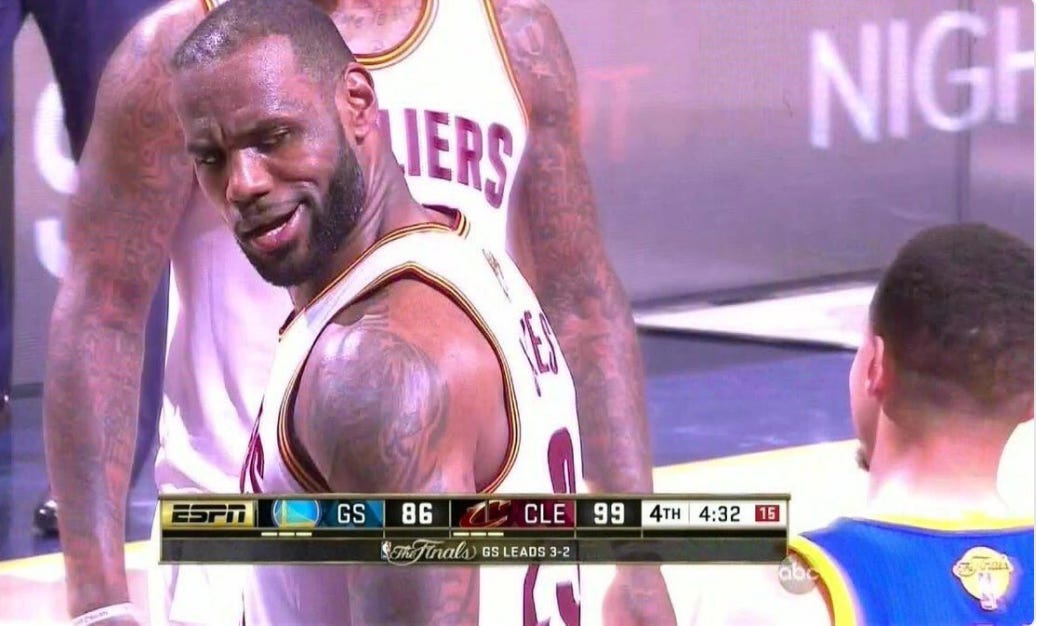 I gotta be honest, it might be the most important television night of my life. Perhaps…all time. For-ev-ver. The forecast is showing 2 or 3 storms that are all going to roll into each other and create one massive Superstorm. Its like in that movie Day After Tomorrow. Lonnie Quinn is rolling up his sleeves right now as we speak in preparation for the storm system on Sunday night. We begin with the US Open wrapping up as a sort of appetizer snack. If theres a God hopefully theres a dramatic meltdown of some sort like Spieth at the Masters. I need to see someone blow an 8 shot lead and lose their soul on the golf course. It could set the tone for the evening. And then as the sun goes down, we get to the heavyweight showdowns. The night is dark and full of terrors. The Battle of the Bastards on Thrones, Game 7 of the NBA Finals. Snow vs Bolton for the North. Lebron vs Curry for all the Larry O’Brien Trophy. Either of these match ups by themselves would be one of the most important TV moments of all time. Sunday night they go down at the same damn time.

Game 7 is probably the biggest NBA game ever. Ive been asking all the guys what game compares and nobody really has an answer. The Warriors with a chance to be solidified as the greatest team in NBA history, Lebron with a game that could cement his legacy one way or the other. Cleveland getting its first title in eons. The game is a complete coin toss, too. Every game has been decided by 11 or more points. Its like any given night one team can come out and play the game of their lives. But its not just the on the court storylines. You’ve got Ayesha Curry on the verge of a full blown meltdown. I’m telling you right now, win or lose, good or bad, Young Eesh is dropping an N bomb on Twitter on Sunday night and its going to be fucking legendary. Draymond Green is capable of literally anything at any time. JR fucking SMITH will be in this game. Can you imagine if we get a Pipe Show for Game 7?? An epic collapse for the Warriors, an epic comeback for the Cavs on the table. There has never been a more dramatic NBA Finals game.

Yet despite all that, I think for an hour on Sunday night, I will be turning that game OFF. Thats how much juice Thrones has on deck. Snow vs Bolton. Good vs Evil. One of the best showdowns in TV history. The battle is being described as the biggest and best the show has ever done. It sounds outrageously graphic, beyond even Thrones’ standards. There was 86 hours of footage filmed for just this battle. Its one of the most important matchups in Thrones history and it sounds like the producers took it that way. The ramifications for the Battle of the Bastards is as far reaching as it gets. If George RR Martin does George RR Martin things, Ramsay Bolton probably wins. Jon and Sansa are dead, almost completely eliminating the Starks. Winterfell belongs to the most sadistic motherfucker in the 7 Kingdoms. And the White Walkers will run right through the North because Ramsay cant handle the 4 Horseman. Or perhaps we finally get a win for the good guys and Jon Snow somehow pulls off the impossible. Either way, the trajectory of Thrones changes completely after Sunday night.

The X factor for all of this is that both events are occurring in the year 2016, when Twitter and social media are as entrenched in our lives as they’ve ever been. The amount of memes that will be floating around during Game 7 and the amount of spoilers that will be out there at 10pm is downright frightening. Almost overwhelming. Keep your eye on Ayesha. Keep your head on a swivel for Thrones reactions. Plus the beauty of Twitter is you never know when someone might drop in from the clouds. If R Kelly tweets out two 14 inch TVs watching Game 7 and Game of Thrones, the world may burn to the ground. Its a powder keg of potential. There are massive legacies on the line – real and fictional – and almost anything can happen. And yes I realize this is a ridiculous thing to say since its just sports and TV. Actually its not TV, its HBO. But regardless. After Sunday night, the landscapes of the NBA and Westeros will never be the same.

And by the grace of God for your boy and a lot of the other guys out there, its Father’s Day. We earned this one, fellas. “What do you want for Father’s Day, honey?” I want you to take the kids and leave from 9pm to 1am. My favorite TV characters and the athletes I idolize are more important than you and the kids right now.