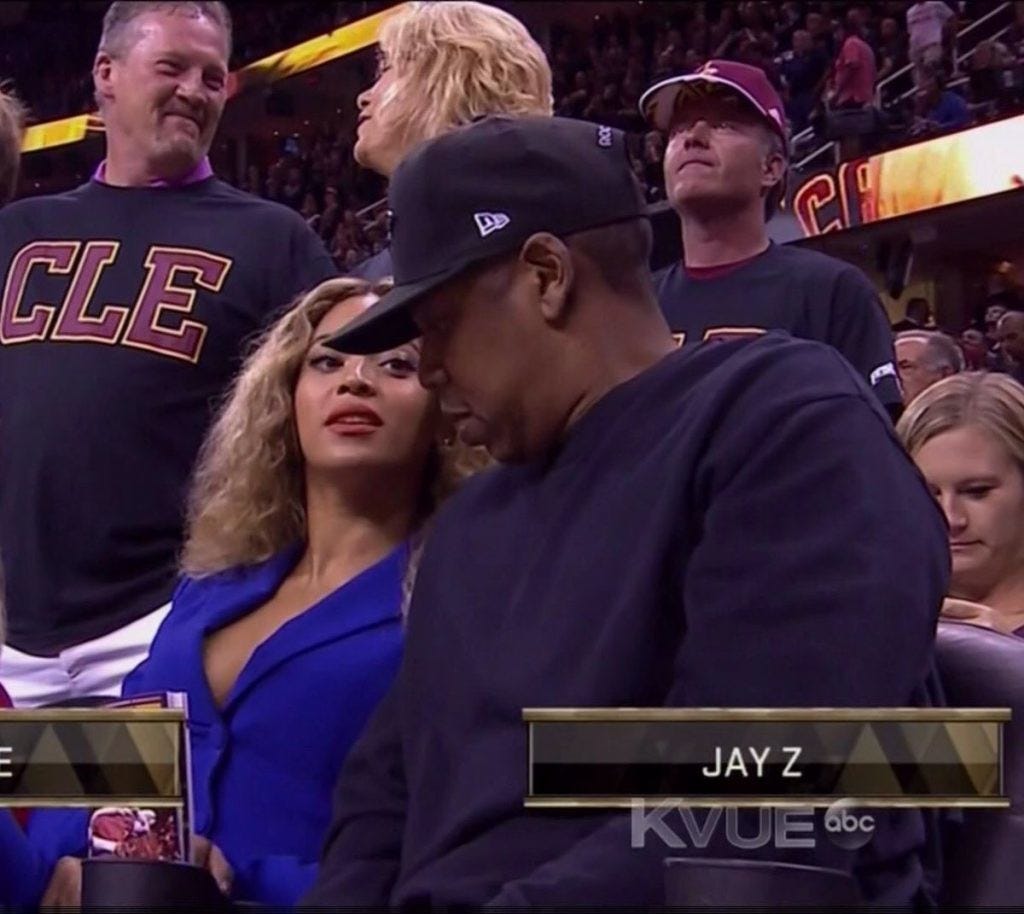 Beyonce and her husband made the trip to Believeland last night for Game 6. Not only did Beyonce’s husband get to stare at Beyonce’s titties the whole night, not only did he get to watch LeBron make Steph Curry his b word, but he also got to meet future Sixers Legend Ben Simmons. 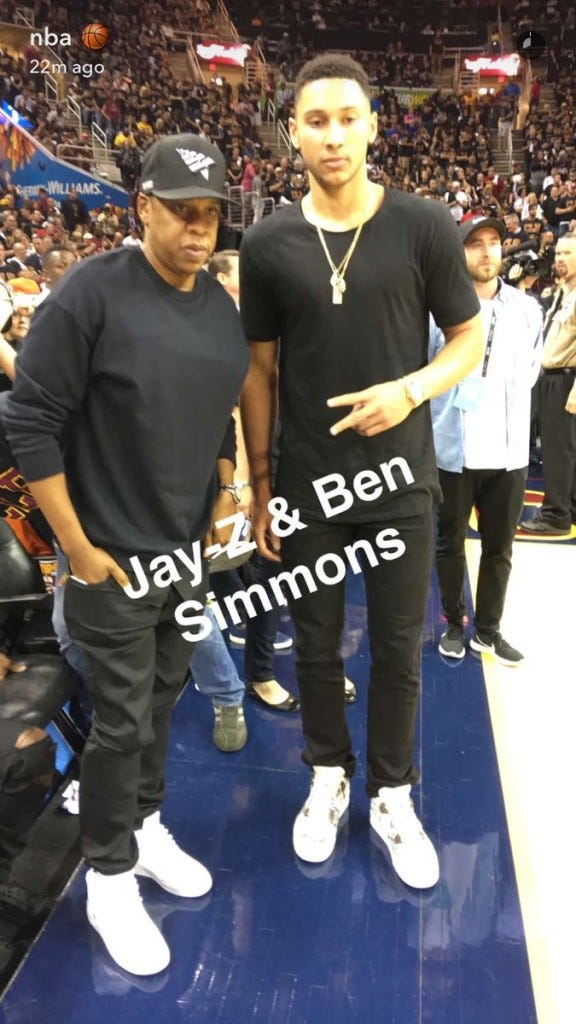 Celebrities–they’re just like us. Because there is nothing worse than when somebody posts a photo on Instagram that you look like absolute dog shit in. Selfish bastards like Ben Simmons making sure the photo gets seen by millions of people because he’s in the clear. Meanwhile, HOV gets caught with the worst angle of all time and ends up looking like this. 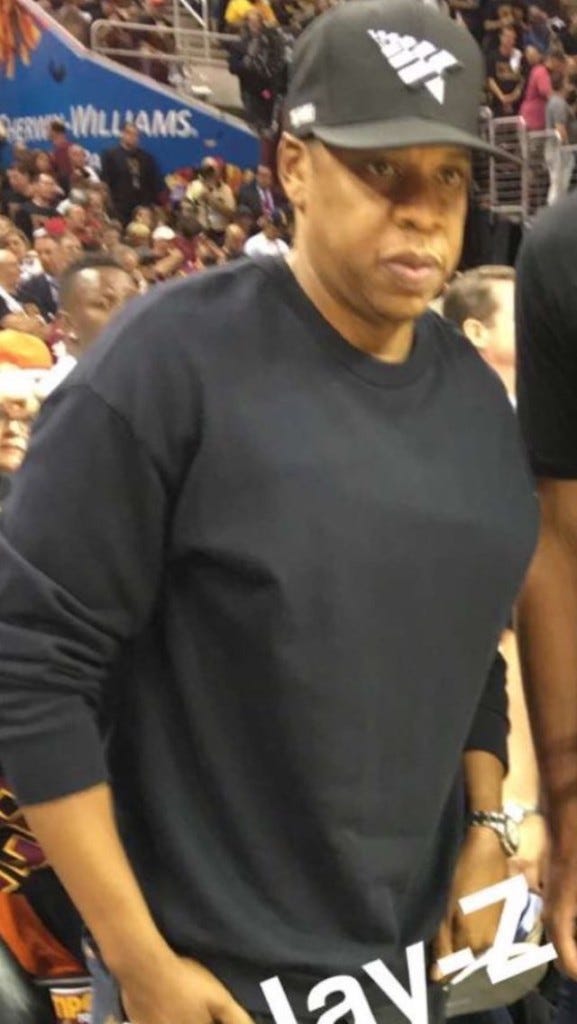 Jesus Christ. If I’m Jay-Z, I’m legitimately thinking of murdering whoever posted this photo. You had to have known right away that he looks like shit and you still went ahead and posted it? Just downright disrespect. Because it’s either that was just a horrible angle, Jay-Z became a Barstool Blogger midway through the game last night, or my man was just hiding something under his shirt. Which I think makes the most sense and here are some things that could possibly be under there.

Which makes plenty of sense especially considering how the NBA is rigged in favor of LeBron who is most certainly a member of the Illuminati as well. Was Jay-Z there just to make sure the rig job was going according to plan? It’s possible. But while black people love to immediately go to the Illuminati whenever they see a triangle, my mind veers a different direction. 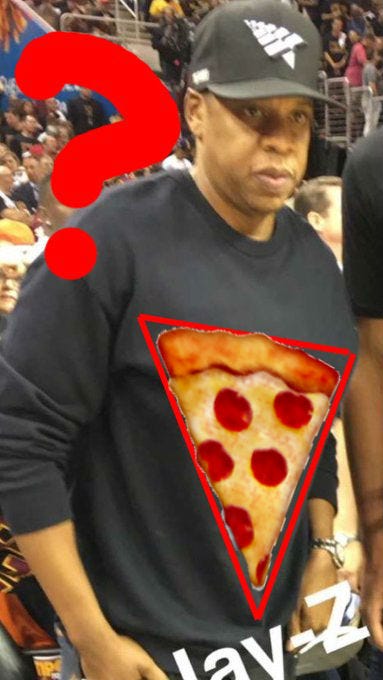 I’ve never been to Quicken Loans Arena so I don’t know the prices off the top of my head. But everybody knows you get bent over and fucked in the ass sans lube whenever you’re trying to buy food at the stadiums. So what does Jay-Z do to cut those costs? Just brings his own pizza to the game with him. Imagine how much money he must have shelled out for those courtside tickets? You want to add a $20 slice of pizza on top of that? Forget about it. Cleveland pizza probably sucks dick anyway. Jay-Z brings his favorite New York slice everywhere he goes. Sbarros. 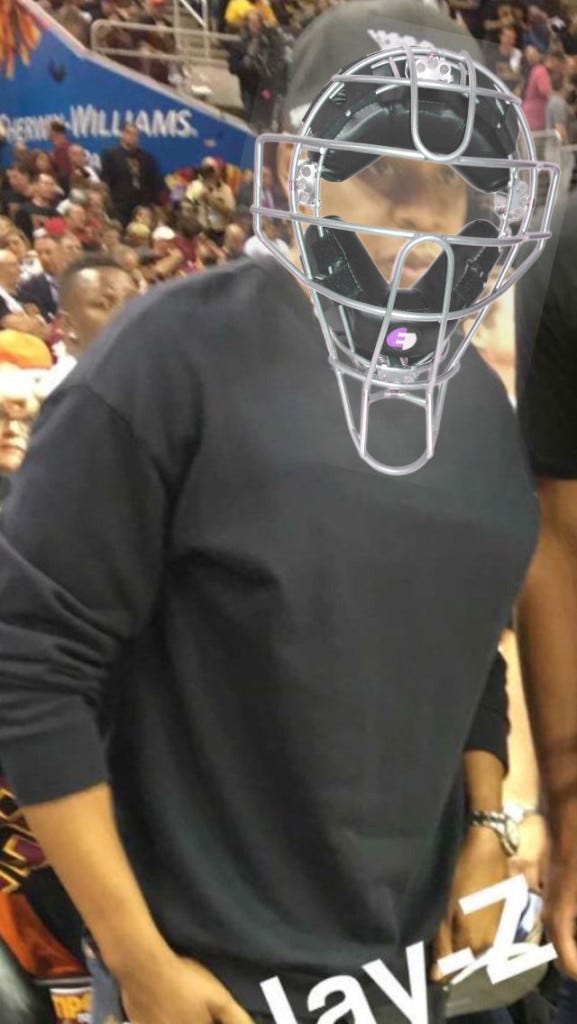 Last but not least, Jay-Z is just living a double life as a home plate umpire. The Indians were off last night but they start a home stand later tonight against the White Sox. Is it possible that Jay-Z flew into town to call those games but forgot to bring a change of clothes? So he just had to show up to the game last night in his ump gear? Honestly, I think it makes a ton of sense. At least more sense than Ayesha Curry was making last night. (Roasted)