Really cool stuff and something to keep perspective of real life after last night’s whirlwind. I mean I don’t know if last night goes down as a bigger Twitter event than The Great Emoji War of 2015 or Kanye vs. Wiz, but it may have been. Especially when you consider the stakes. However, to see Craig Sager take time out right before an enormous game full of storylines to talk to James Conner about their battles against cancer was really cool. Sager made someone else’s night without thinking twice about it before the first Finals game of his career. And for Game 6 to be Sager’s first Finals game was awesome. An elimination game with great performances followed by chaos. All while Craig was dressed to the nines. Awesome.

Eat your hearts out Burgundy and Corningstone. 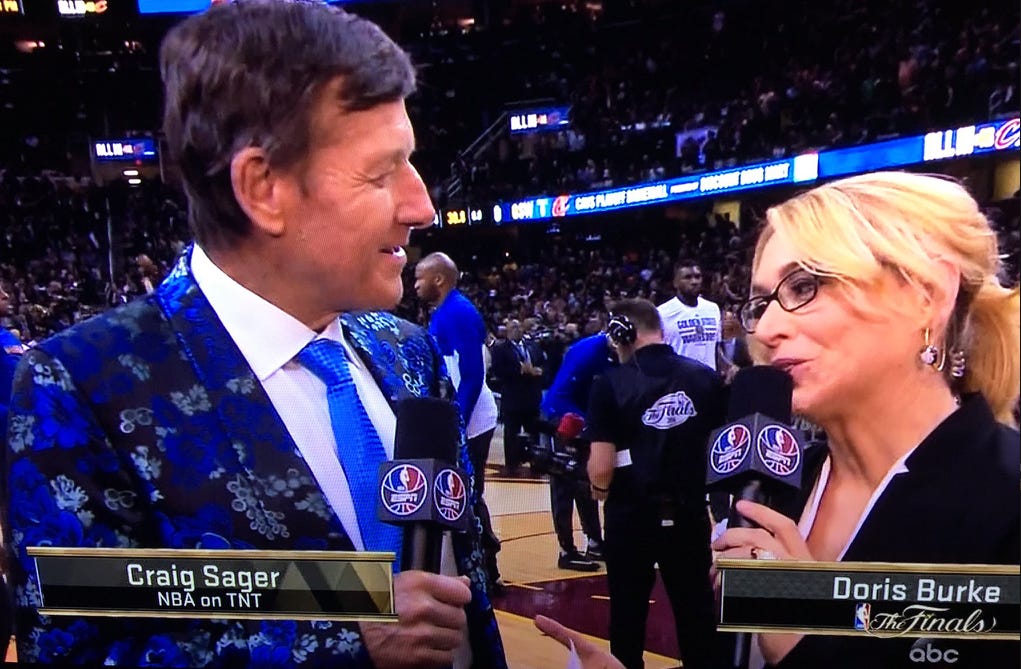