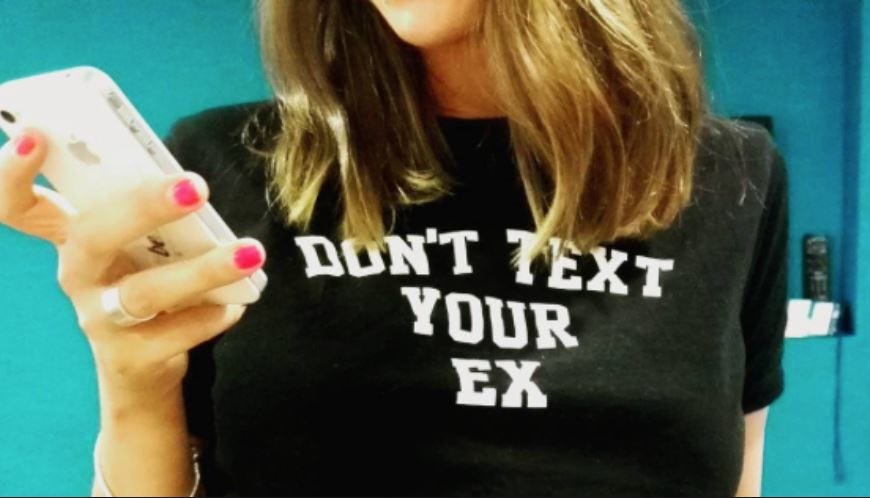 So I messed up in a big way. I snooped on my girlfriend after a late night, something I would never do otherwise, and saw that she was still texting her ex. She has spoken about him in the past with nothing but hatred and resentment, but after looking I saw that she had made numerous plans to meet up, none of which I can confirmed happened, and saw that he was being beyond just flirty and to the point of being vulgar. She did not go along with it, nor did she deflect through the texts.

I really have deep feelings for her, and even though I knew I would be hurting her by confronting her about it, I did. I figured that the pain of betraying her trust would be better then bottling this up inside of me and having negative long-term effects. She said that they have not met up and that she is merely looking for closure through the texts, even though she sometimes initiates it. What do I do now, believe her and attempt to regain her trust, or move on?

Do I think she’s preparing to cheat? Not necessarily. Do I think she’s a lost cause because she’s texting her ex to test her boundaries? I’m not so sure.
Your best bet is to focus on what led you to that snoop, as opposed to what you found. Was it late-night curiosity? Or was it that you weren’t feeling right in the relationship? If it’s A, you might want to have a bigger conversation about the terms of your exclusivity. If it’s B, you have to consider that this partnership is flawed on its own, and that despite your deep feelings for this woman, you were looking for a reason to walk away.
As you consider your options, know this: You can only move forward if you know you won’t snoop again. If you’re going to be itching to grab her phone whenever she leaves the room, this won’t work.

Readers? Should he have trust or move on?

(Sidenote) – This is the dumbest Love Letter ever. It almost makes me want to quit the Love Letter game. That’s how disgusted I am by this. Hoss Goldstein should be arrested for her advice. Literally arrested.  Anyway onto the advice.

Your girlfriend is getting the SHIT FUCKED OUT OF HER by her ex. I knew that the second you said she was still texting with him. I don’t care if they were innocent texts that still means she’s getting pipe. But then you go say that the texts are explicit and vulgar. You saw that with your own 2 eyes. The dude is talking about how he’s gonna treat her like a slut and do all these vile things and she’s lapping it up. AND THEN YOU STILL ASK IF THEY ARE HOOKING UP? WHAT FUCKING PLANET ARE YOU ON!!!!! He’s basically fucking her through the god damn phone. The only question you have to ask is whether this shit sneaky turns you on. Whether a deep dark part of you wants to be a cuckhold. That’s the question here. Because if you cared about her getting railed by her ex, getting degraded by him and cheated on you would have been long gone by now, but instead you’re writing letters. I smell cuckhold.