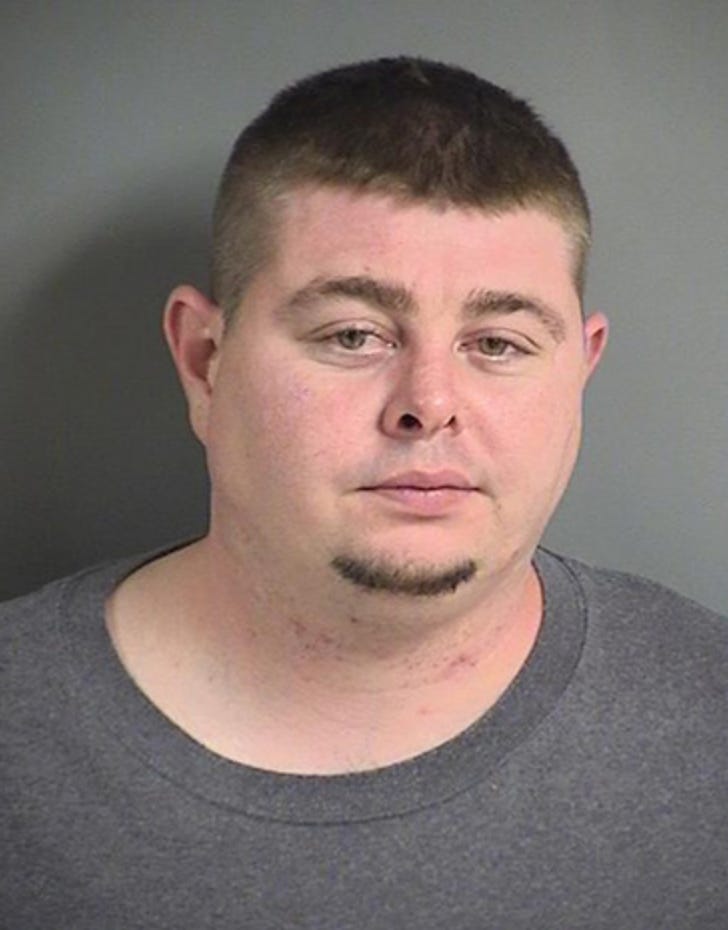 TSG- An Iowa man threatened to “shoot up” a Domino’s restaurant in retaliation for workers botching his pizza order, police allege. Dusten Kemp, 30, is locked up on $8500 bond following his arrest last night on harassment and assault charges. According to cops, Kemp placed a delivery order Tuesday evening and subsequently complained that what he received “was wrong.” When Kemp phoned in an order late last night, workers agreed to send him two free pizzas as a make-good. When a Domino’s employee arrived at Kemp’s home in Coralville, an Iowa City suburb, he was “drunk and took his clothes off.” Kemp, seen above, grabbed the worker’s arm and “made several threats about them messing up his order,” according to a court filing. Kemp, police charge, then warned that he was going to “come down to Domino’s” and “shoot up the place with a .45.”

Eassssssssy big fella. Easy with the gun threats. We don’t need anymore of that shit around here. I see both sides of this dispute. You order a pizza, you expect to have that exact pizza delivered to your doorstep. It’s the beauty of places like Dominos, Pizza Hut and Papa Johns. You say specifically what you want on a delicious pizza and they hand deliver it to you. We’re so used to that type of convenience that when they fuck it up I guess it makes you wanna strip off all your clothes and wave a .45 in somebody’s face. I get it I suppose. On the flip side, it’s Dominos. Not some fancy swanky place where you’re paying top dollar. They’re gonna fuck up an order here and there. And they did offer him two free pizzas and that really should’ve been the end of it right there. Anybody offers me two free pizzas in any scenario and we’re instantly best friends. Oh you murdered my Mom but handed me two free pizzas afterwards? We cool dawg. So for him to STILL threaten violence after they gave him free pizzas is where we disagree.