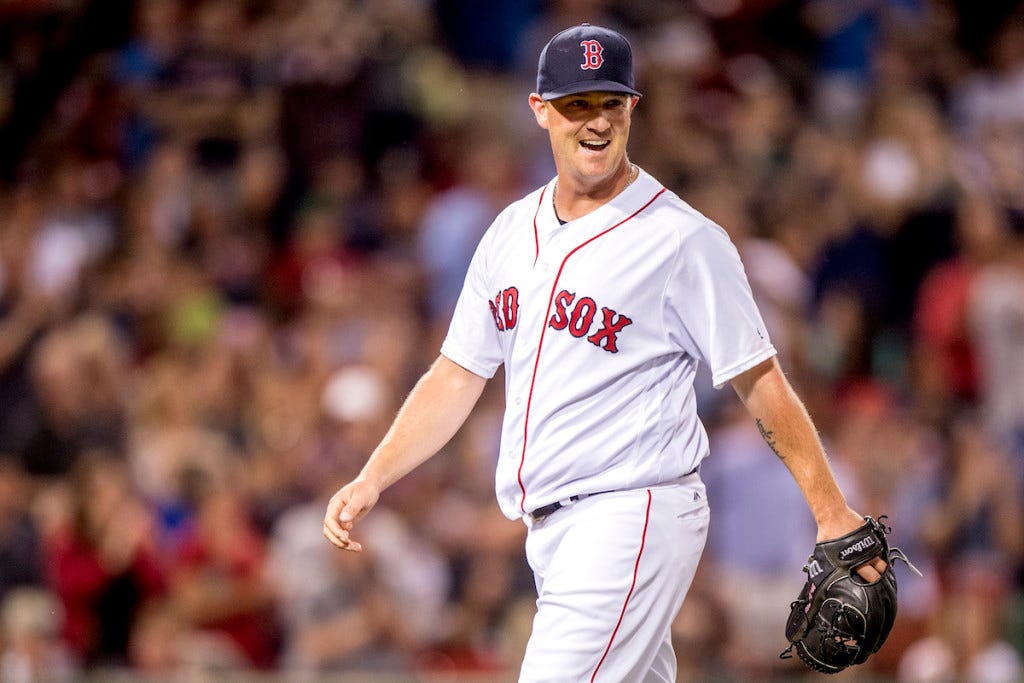 The progression of Steven Wright’s 2016 season has been a lot of fun to watch. We’ve gone from wondering if he’ll even make the major league roster to start the year, to having a surprising start in April, to having a nice little run through May, to “He should probably be starting the All Star Game.”

It’s wild. Before he allowed that two-run home run to Adam Jones in the seventh inning of Wednesday night’s game, Wright was riding a 22.1-inning scoreless innings streak that dropped his ERA under 2 for the season. It was the longest scoreless innings streak by a Red Sox starter since Clay Buchholz went 30.1 innings back in 2010. The Jones homer bumped it back up over 2, but the fact that he even got under 2 in mid-June is something that would have only been said as a sarcastic prediction back in March.

It’s still too early to be talking Cy Young candidacy, but if the season ended today, you’d have to assume that he’d either win it or finish as the runner-up. His 2.22 ERA is second to only Danny Salazar (2.19) for the best mark in the American League, and his .204 opponents batting average trails only Marco Estrada and Salazar for the top spot in the league, as well. The Red Sox, as a team, have struggled against the American League East this year, but Wright is 4-0 in his last four starts with a 1.57 ERA, and an opponents batting average of .196. Three of those four wins have come against the Blue Jays once and the Orioles twice, two teams who are both one game over .500 against the Red Sox this season.

Hanley Ramirez hadn’t hit a home run since May 10, which was 29 games ago for the first baseman. He snapped out of that streak by hitting a ball to the moon off of Kevin Gausman in the third inning. It’s definitely nice to see that the power is still in there somewhere, but the excitement that he’s actually playing a solid first base is starting to wear off. Hanley came into last night’s game hitting .154 with a .467 OPS over his last 18 games, so one home run isn’t going to erase the concern that Red Sox fans have had in regards to his production at the plate lately. Hopefully the three-run bomb is a sign of things to come.