KFC Radio episode 1 was in June 2012. June 7th, to be exact I believe. It started out as a 1 man show. Me, a microphone, and some Stoolie voicemails. There was a couple weeks when I was like 25-26 and I was living back at home where I recorded this show from my goddam mom’s house. Exactly 4 years later, almost down to the day, its grown into a 3 man show with celebrity guest appearances, on stage at one of the biggest comedy clubs in Manhattan – Caroline’s on Broadway. 2 sold out shows last Thursday. Over 600 people on the night paid to come watch the KFC Radio gang take the stage shared with some of the most successful comedians in the world.

This is the first official comedy special Barstool has ever put out. A real high quality production with a real film crew and everything. Its the footage from our 7:30pm show, and its the first of many more to come now that Barstool is going to the next level.

Shout out to Super Producer BC for producing the best live show we’ve ever pulled off. Most of the concepts and material came from his brain. Conor the Mick and Charlie Wisco for taking those ideas and bringing it to life. Your boy JJ for opening up and warming up the crow. Big thanks to Pro Media and Adam Yeremian for the Couchella video special. Of course my two co hosts Dan and Feits, who without them I’d probably still be on my mom’s porch rambling to myself.

And how could I possibly forget Portnoy. The Executive, Executive Producer of this entire operation 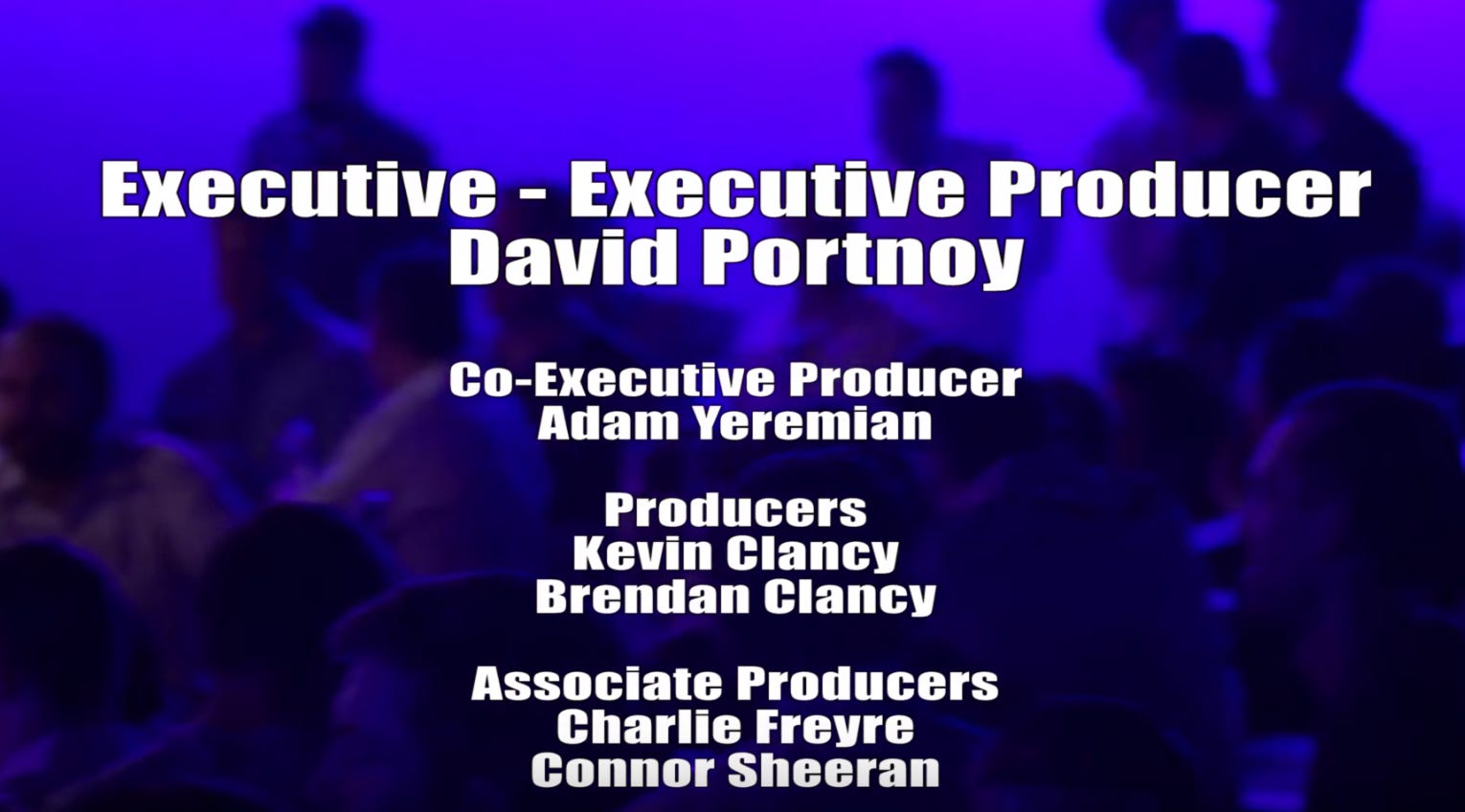