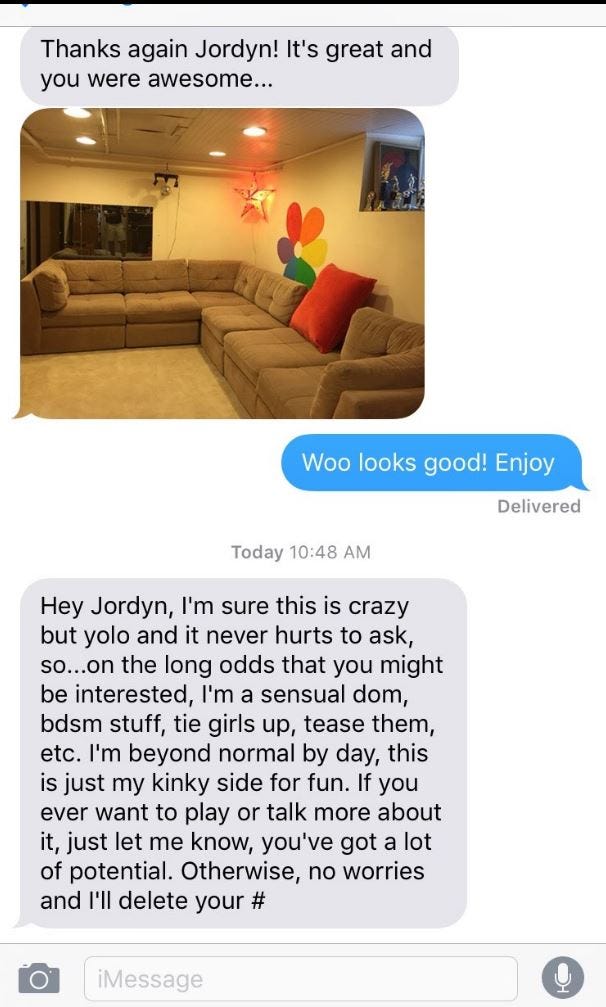 Sold this shitty ass couch to some dad on Craigslist and apparently he saw some potential in me.

I don’t like this move.  I love it.  Here is a fact.  You miss 100% of the shots you don’t take – Wayne Gretzy/Michael Scott   I mean there is just no way to be mad at this guy for this move.   You just throw your cards on the table and see what happens.  If she laughs and posterizes you on Barstool so be it. #YOLO. Plus every girl who spells Jordyn with a Y is automatically hot so he had to take his shot.

My only criticism is it’s tough to be the kinky, tie girls up, sensual dom who also buys used couches on craigslist guy.  I mean if he was rich and invited her to a Eyes Wide Open party and met her at Neiman Marcus he probably has Jordyn all tied up right now and is whipping her ass as we speak.  But my experience is girls don’t usually fall for the guys buying used shit on craigslist. Still can’t knock the hustle though.